Interview with Matthew Palmer, acting Deputy Assistant Secretary of State of the United States of America. The interview was taken during the Bled Strategic Forum 2018, which took place on 10-11 September in Bled, Slovenia, where Palmer was one of the speakers.

European Western Balkans: The first general question I would like to ask you is the following: Has in your opinion the US policy in the Western Balkans changed since the time Trump’s administration took office and after you assumed the position of Acting Deputy Assistant Secretary?

For all, except Serbia, that also means membership in the NATO, and US wants to promote the closest possible partnership between NATO and Serbia. We’ve been working on that goal for many years through multiple administrations. That remains the core strategic goal and objective of the US policy.

Many media outlets have insisted that there has been an important change, specifically that the Western Balkans now matters a lot less to the US as a region. Do you think that there is any basis for this claim?

I don’t think that it is true that Western Balkans matters less. There is always competition for time and attention, on the part of principles, for the issues of the day. Certainly, if you look back to the 1990s, the Western Balkans was at the very top of the priority set, not just for the US, but for the world.

Things have changed in that sense, but the US remains committed to this region. We remain engaged in this region. We are here, we are working closely with the governments of the Western Balkans to advance our shared objective of European integration, peace, prosperity, stability.

You mentioned NATO and cooperation with Western Balkan countries as one of the goals. How do you see the perspective of NATO enlargement in the Western Balkans? We saw Montenegro joining last year and now Macedonia is going to have a referendum of major importance for NATO accession. How do you see perspective of Macedonia and some other countries such as Bosnia and Herzegovina for entering NATO? Do they have support of the US for this?

To begin with, I would like to say that Montenegro’s accession as the 29th member of NATO was a huge accomplishment. The government committed to this and worked hard to qualify, to meet the standards, to demonstrate that they would be a good partner to the Alliance, that they would make a contribution.

There is path to NATO membership that is open for Macedonia in relatively short order. That requires that the Prespan Agreement enters into force

We look forward to welcoming the country that will be North Macedonia as the 30th number in the NATO alliance. The invitation that the Alliance issued in July was clear and unambiguous. There is path to NATO membership that is open for Macedonia in relatively short order. That requires that the Prespan Agreement enters into force.

This is something that we tried to make clear and plain in Macedonia as the Macedonian public moves towards the referendum on 30 September. We very much hope that vote on 30 September will be in favour for Prespan Agreement. Following that, there will be constitutional changes that Macedonia will need to implement. Then, Greece will need to ratify it, and when the Agreement enters into force, I believe that North Macedonia will move forward quickly to NATO membership.

We see that NATO has an appetite for enlargement, while EU seems much more hesitant to include new members. There is also an impression that this makes NATO more important actor in the region then the EU in terms of stabilizing the region. Would you agree with this?

No, I think that two are hand-in-glove complementary. The process of securing membership in these two institutions is mutually reinforcing. The reforms that are necessary for the countries in the Western Balkans to qualify for the membership in NATO will help them as they move forward on the, admittedly, much more difficult, much more technical, much more involved process of EU accession.

The EU accession process is significantly more ambitious then the process of meeting the standards for NATO membership. And rightly so. It takes longer, it involves more elements and aspects of the society, of the economy. I am confident that the members of the EU will remain open to integrating Western Balkans into that organization. And I am confident that Western Balkans itself will remain committed to achieving that goal and to implementing reforms by putting in place the changes that are necessary to meet the standards.

Serbia-Kosovo normalization dialogue is probably the most important political process going on in the Balkans right now. The main topic of this summer was a possibility of territorial exchange or border correction between Serbia and Kosovo. National Security Adviser Bolton basically said something on the line that US does not oppose any kind of agreement that involves territorial changes, but it was not very clear that the US actually supports this kind of resolution. Do US consider this kind of territorial agreement as the acceptable solution to the normalization process?

What we would like to see is a comprehensive, forward leaning, locally owned agreement. What we are trying to do is to give parties themselves the space to negotiate the best deal that they can. Something that is fair, something that is durable, something that is salable both in Serbia and Kosovo. And leadership can talk to the people, explain, and earn a critical mass of support for it.

That is not a blank check. We would like the parties to negotiate the best deal that they can. US, of course, is not a party to these negotiations. We are not in the room, we are not participating in this process. We are encouraging the two sides to reach an agreement.

When we know what that agreement is, to the extent that we have concerns about it, we would be clear about those concerns and work with the parties to address any reservations that we may have about the particulars. But we do think that it is important for the process to be driven by the local leaders and owned by the local leaders.

Are there any specific red lines that US considers to be their guidelines for the normalization agreement?

We would like that the parties have the space to negotiate the best deal that they can. We will then take look at it and, if there are concerns, we will articulate the particular concerns about the particular agreement.

Many people are worried that if there is any kind of territorial agreement that this might destabilize above all Bosnia and Herzegovina, but also Macedonia and some other Western Balkans countries. Do you believe that US will remain a firm guarantor of cohesion and stability of BiH in the case of territorial changes?

Absolutely. There is nothing that calls into question US’s commitment to the sovereignty and territorial integrity of BiH.

There are many experts who see the Western Balkans as a region in which there are competing geopolitical influences, on one side Western and the other Russian and Chinese. Do you share their view?

I do believe that US and Russia have very different ambitions in the Balkans. US supports the integration of the region into EU and Euro-Atlantic structures, we support the rule of law European norms harmony between and amongst the nations of the Western Balkans.

It is increasingly clear that Russia’s vision of its strategic goals on the Western Balkans are built around distrusts, disorder and opposition to this integration. This is unfortunate for the region. I think that Russians understand their self-interest in the Balkans in a way that is fundamentally in odds with the way the countries of the Western Balkans understand their own self-interest.

The Russians are after something different. In 2016, Russia attempted to overturn government in Montenegro because it was moving towards membership in the NATO. I expect Russia to work against the Prespan Agreement in Macedonia. I except Russians to work against agreement between Belgrade and Pristina.

Do you think that the interests of US and EU are complementary or identical in the region?

“I think it is important that the EU made clear that, for Kosovo, the door for a better and closer relationship with Europe is open. Visa liberalization will be the next logical step and that something that we very much like to see the EU agree to”

I do think that the Western Balkans is one of the real high points in transatlantic cooperation. It’s an area where we largely agree. There are overlaps in terms of strategic goals, in terms of our vision, which is clear and compelling.

There will always going to be some differences on the tactical level, for example I think it is important that the EU made clear that, for Kosovo, the door for a better and closer relationship with Europe is open. Visa liberalization will be the next logical step and that something that we very much like to see the EU agree to.

I think that cooperation with Serbia is important. I think it is critical. Serbia is the biggest county in the Western Balkans. We do have a good relationship with Belgrade. We have had it for a quite the number of years. We and Serbia share a goal. That goal for Serbia is to move forward on path to the membership in EU. That is Serbia’s strategic goal and something that US strongly supports.

In order to achieve this goal, Serbia will need to reconcile with Kosovo. Full normalization of the relationship. What that means is what is being defined right now through the EU-led negotiations. We support these negotiations, we support the role of High Representative in helping Belgrade and Prishtina agree on the definition of full normalization and that’s instrumental.

It certainly is a challenge in the sense that all aspirants to the EU membership are required, as part of the process, to bring their foreign policy in line with the common foreign and security policy of the EU. That is one of the requirements. It is not on-and-off thing. It is not like a switch, at one moment you are in alignment and then you are not. It’s a spectrum, a gradual process. Serbia understands this and the obligation is on Belgrade gradually to bring its policy in the line with those of the EU.

I believe that if Pristina and Belgrade are able to reach an agreement on full normalization of the relationship, that will reduce the influence that Moscow has with Serbia

There is going to be some tension with these issues in terms of Belgrade balancing its relationship with Moscow.

That will be good for Serbia as it moves closer to Europe. That is Serbia’s goal, it’s our goal, it’s Europe’s goal. 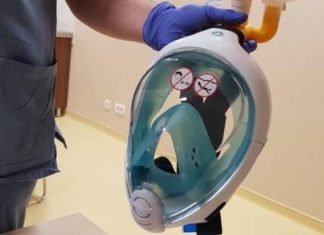