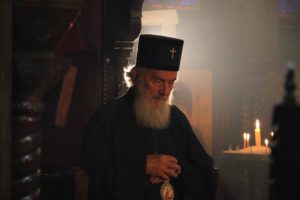 The autumn session of the Holy Synod of the Serbian Orthodox Church is currently taking place in the patriarchy in Belgrade. More than 60 Serbian intellectuals and church dignitaries sent a letter to the Synod in which they recalled that a half year has passed since the Synod’s appeal on Kosovo and emphasized that “the situation has, unfortunately, worsened.”

“Serbia’s official policy continued to deviate from its constitutional obligation to protect part of the state territory. The highest state officials inserted a bad thought among the public on the delimitation between Serbs and Albanians. The current official rhetoric on Kosovo and Metohija is shrouded in mystery,” they wrote.

The main problem is that domestic politics is based on lies and represented with an abundance of words without any logic. Instead of telling the truth, these words only serve to hide it – they also underlined.

“They (the lies) can only be overcome by the word of our Church. It should be short and decisive, well-defined and alerting, to reflect the sense that ‘no one can sign anything’. The people will understand its true meaning. We fear that this is the last chance to do something,” the letter says.

They alerted the Synod about the realistic danger of “the surrender of Kosovo” – something they consider to be even worse than the current occupation.

Signatories include several SANU academics, historians, professors at the University of Pristina, abbots in the Serbian Orthodox Church and several political representatives from Kosovo.