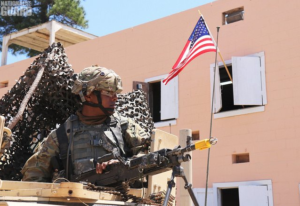 In September, over 125 soldiers assigned to the 1-230th Assault Helicopter Battalion of the Tennessee National Guard will begin their deployment to Kosovo. They will provide support for the peacekeeping force of NATO, i.e. KFOR, for 11 months, the Military Department of the Government of Tennessee confirmed. Apart from Kosovo, around 1,200 US soldiers will be deployed in Ukraine and Poland. This is the largest deployment of the Tennessee Army National Guard since 2010, they add in a statement.

„Stabilization of this country is a commitment by the US and NATO, and the Tennessee National Guard has deployed numerous units and personnel over the years to assist in preserving the peace,” said Major General Max Haston.

„The United States Military has maintained a presence in Kosovo for over 20 years and the last few years these stability forces have been commanded by the National Guard,” he added.

The 1-230th is headquartered in Nashville, with companies in Jackson, Nashville and Louisville, TN.