“We are concerned with the denial of entry of journalist crews in recent days,” OSCE Mission in Kosovo reacted after several news crews from central Serbia were not allowed to enter the territory of Kosovo.

“Such actions not only contribute to the difficulties that journalists face in conducting their work, but also send a negative message about press freedom and the tolerance for a pluralistic media landscape,” the OSCE Mission in Kosovo tweeted.

This mission also underlined that media should be free to travel and report objectively.

In the last ten days, three different groups of journalists did not receive a permit to enter the territory of Kosovo, the Serbian journalist associations recently confirmed.

In addition to the journalists of RTV Pink and RTV Kraljevo, the entry ban was also imposed on an RTS crew, which waited for four days at the Jarinje border crossing for Pristina’s response as to why they were not allowed to enter the territory of Kosovo.

According to an official reply from Pristina which arrived yesterday, the reason why they were detained at the crossing was that they did not submit a request to liaison officer Dejan Pavicevic or announce their arrival 72 hours earlier, the RTS news crew confirmed in a statement for KoSSev.

According to the available data on the Brussels agreements, based on the Official Visits Agreement – the rule on announcing entry refers to only two categories of officials, while no document regulates the issue of the movement of journalists.

Journalists from Kosovo reporting in Serbian held a protest on Wednesday on this occasion in Jarinje, while two journalist associations reacted – the UNS and NUNS. They announced that they would inform regional and international bodies dealing with the issue of freedom of the press.

In the meantime, official Belgrade, as well as Srpska Lista, condemned the decision to ban the entry of journalist crews. 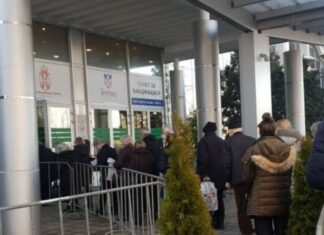