A molotov cocktail was thrown last night at the house of a Serb Kosovo Police officer. No major damage was caused. Earlier in March, the same police officer’s car was torched in the centre of North Mitrovica.

„The case occurred around 23.30 hrs. A window frame and glass was damaged. Fortunately, there was no major damage as the fire was immediately extinguished,“ the deputy commander of the Kosovo Police for the North region, Besim Hoti, told KoSSev.

„We will seek strong cooperation from both citizens and local authorities in order to send a message to perpetrators. We will find a way to solve such cases, especially those ones against police officers,“ he said.

Apart from torching the police officer’s car in March, two more vehicles have been ablaze in the north of Kosovo since then; four cars in total since this year. The last case occurred at the end of April in Zubin Potok, when a BMW vehicle, privately owned by a suspended member of the Kosovo Police, M.V., from Zubin Potok, was burnt. Only three days before it, a privately owned vehicle was burnt of an employee of the North Mitrovica Detention Center. Previously, at the end of March, a car was set on fire which was also owned by a Kosovo police officer, and two more cars were damaged. A car believed to have been used in the case of the murder of Oliver Ivanovic was set on fire immediately upon the assassination in mid-January.

The commander of the police station in North Mitrovica, Djordje Karamarkovic, spoke this week about the burning of cars in the north of Kosovo. He presented the police record to the municipal assembly session of North Mitrovica.

Kosovo Police is aware that the torching of cars is carried out during the early or late morning hour, in the same manner, said Karamarkovic.  All police forces are involved in the investigation, but the cases remain „very difficult to investigate“, he added. No case has been resolved so far, Karamarkovic confirmed as well.

However: „We have reinforced night patrols, vigilance, so I think that this proactive activity will yield results and it must,“ said Karamarkovic.

A total of 32 cars were torched in the north of Kosovo in the past four years, while three more were ablaze in southern municipalities run by Serbs. More cars have been also damaged. 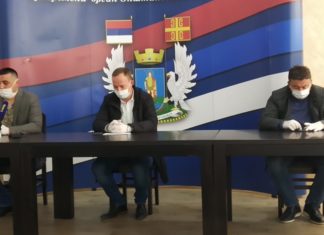