In a press release issued this morning, the Otadzbina movement recalled the Serbian president’s recent alert about the alleged intention of a powerful country to pull KFOR forces out of Kosovo, as well as his concern over Serbs in the north because the KSF would „reach those areas, thus endangering the security of its inhabitants.“ It is just a marketing concern – this movement claims.

„However, the construction of a military facility on the land of Zvecan businessman Sinisa Nedeljkovic, who is rumored to be in a financial crisis, is not marketing. The facility is located in the village of Izvori in the municipality of Zvecan. The mentioned businessman is a high-ranking member of the Serbian Progressive Party (SNS), who once hosted the Minister of Internal Affairs of the Republic of Serbia, Aleksandar Vulin, in his department store ‘Metal’ in Zvecan and received significant incentives from the Kosovo Office on several occasions,“ Otadzbina wrote in a statement.

They alleged that it was Vucic who, as the Prime Minister of Serbia, opened the crossing between Zvecan and Novi Pazar in the village of Izvori in April 2015. „He opened the administrative or better said, the border crossing between central Serbia and the southern province,“ they add.

„Most likely, Sinisa Nedeljkovic is constructing this military facility with the permission of the current authorities in Serbia, and in agreement with the separatists from Pristina. His motive is personal, for the sake of getting out of a bad financial situation. Whether it will be a border checkpoint or a military base, bearing in mind the dimensions of the facility, remains to be seen,“ Otadzbina stressed.

This movement also published a photo reportedly showing Nedeljkovic’s property where the works are being carried out. Furthermore, they emphasized that the residents of the villages of Izvori, Grizane and Rudine, the local community Rajetic in the municipality of Novi Pazar and the residents of the north are extremely disturbed over this – having in mind that a “military base of the Kosovo Security Forces is already being established” in the Cernica settlement in the municipality of South Mitrovica.

A military base is also being established in the village of Sinaje in Istok, inhabited by Serbs, „which rounds up the presence of this paramilitary formation in the north of Kosovo,“ Otadzbina states, without specifically mentioning the KSF.

„But while these two military stations in South Mitrovica and the municipality of Istok are being built without Belgrade’s consent, the military base in the village of Izvor is the result of an agreement between Belgrade and Pristina,“ they emphasized.

„After all, in the assembly of the self-proclaimed republic of Kosovo, his ‘Srpska Lista’ voted in favor of the participation of this paramilitary formation in military missions around the world, which legitimized this military formation,“ Otadzbina said.

Otadzbina claims that the residents of mountain villages in the north are preparing to send a petition to the President of Serbia to halt the construction of this facility, particularly due to, as they say, the lack of reaction of the heads of the municipality of Zvecan – Vucina Jankovic and Ivan Todosijevic. Todosijevic also did not respond to several inquiries of the KoSSev portal.

Sinisa Nedeljkovic, however, denied Otadzbina’s allegations in a statement for KoSSev.

„I fully deny the allegations presented in the press release, which refer to the purpose of the facility that is under construction. Namely, this is not any kind of military facility, but a catering facility that I started building on my family land. Instead of being praised for trying to bring life into my hometown in this way, for the benefit of all the inhabitants of these villages and the entire north of Kosovo, for reasons unknown to me, I am accused of being a traitor and building military bases,“ Nedeljkovic told KoSSev.

He claims that this media statement endangered his safety and the safety of his family, as well as his property.

„Certainly, the author of this statement will have to prove these allegations before the competent court,“ Nedeljkovic stressed.

Previously, in a short telephone statement, the mayor of Zvecan, Vucina Jankovic, said that he was surprised by the question. Jankovic said that this is the first time he heard of this, claiming that these allegations are false.

Earlier this morning, in a short written response to KoSSev, the KSF denied that it is building any facility at the site.

„We would like to inform you that such news is completely incorrect,“ Ibrahim Shala, director of the KSF public relations office, told KoSSev.

KFOR’s response to our inquiries did not arrive by the time this news was published. KFOR spokesman, Antonio Minutella, said that he has no such information, adding that he must check with the relevant KFOR departments before giving an official reply. Minutella did not respond to our follow-up phone calls.

The village of Izvori is located on the road between Banjska and Novi Pazar. As part of the technical dialogue on integrated management of crossings between Belgrade and Pristina, on April 21st, 2015, the technical details for opening another administrative crossing in this part of the north were determined. Two IBM crossings were previously established in the north – Brnjak and Jarinje – „Rajetici-Izvor“ (on the road Novi Pazar-North Mitrovica, via Zvecan).

The Kosovo Office announced the news in a statement issued in May 2015, emphasizing that this was the request of the Serbian side. At the same time, the decision to open the Svirce crossing on the Medvedja-Kamenica road was made at Pristina’s request. 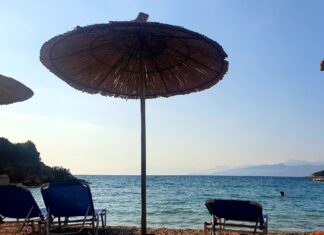