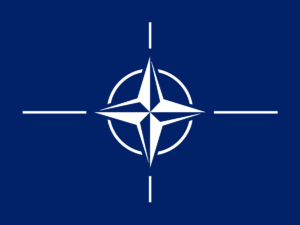 „A shock message by the Alliance to the Serbs, NATO: Take the north of Kosovo, we will not interfere“ – Belgrade tabloids wrote early in the week, referring to the idea of the chair of the Center for Euro-Atlantic Studies, Jelena Milić. She, for years, has openly advocated what is perceived in Serbia as a pro-NATO stance, while recently, since last year, she also represents the ideas interpreted as a proponent of the partition of Kosovo along ethnic lines.

Following the headlines of the Belgrade tabloids, KoSSev tried to learn NATO’s stance.

While not directly denying such allegations, the unnamed official source at NATO headquarters, stressed that it is not up to NATO to advocate any concrete solution, except that it supports the normalization of Belgrade-Pristina relations through dialogue and under the leadership of the EU, but called for restraint in procedures and statements.

“NATO fully supports the normalisation process between Pristina and Belgrade, through the EU-facilitated dialogue. It is not for NATO to advocate any specific solution, but we urge both parties to resume the dialogue and reach an agreement that can contribute to peace and stability in the region,” claimed the official.

“There can be no real prospects for a better future in the region without the full respect for human rights and the rights of all communities. We count on everyone to show restraint in their actions and statements,” he stressed.

NATO remains committed to maintaining a safe and secure environment for all communities in Kosovo, through our KFOR mission under the United Nations resolution 1244.”

On the other hand, Jelena Milic, presented her idea for the change of the preamble to the Constitution of Serbia by which Kosovo and Metohija has been so far regulated as an integral part of the Serbian state into this formulation: „Four municipalities in the north of Kosovo are an integral part of Serbia“.

According to her opinion, Serbia would thus „strengthen“ its position, according to the Belgrade media this week.

„We would make a proactive attitude, nonviolent. We would not provoke anyone with security, we would create opportunities for more new options and actors in a new format,“ Milić said, media in Belgrade reported.