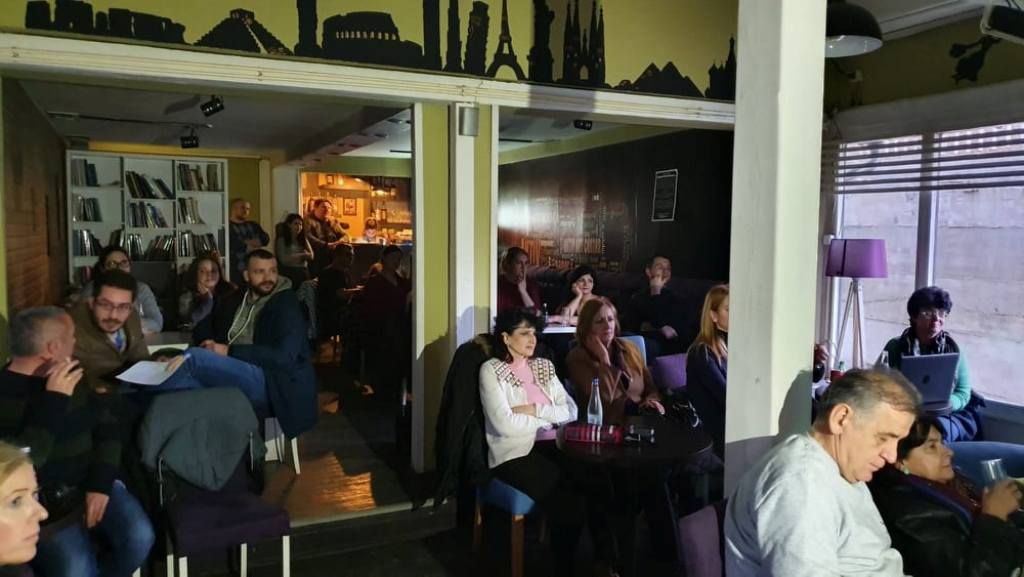 A screening of the TV feature story on Mitrovica Grammar School, one of the oldest and most prestigious schools in the area, was held last night at the Mitrovica Social Club in North Mitrovica.

The reportage illustrates the 100 year history of the Grammar School, from its establishment to the present day, the work and quality of former and present students and teachers, along with many historical moments that, with the testimonies of former students and professors of this school, give the whole story a nostalgic note.

The short film was made by the editorial staff of the KoSSev portal. The editor-in-chief, Tatjana Lazarevic, who also attended this school, said that the idea was conceived last year when the Grammar School was preparing to celebrate its jubilee.

„It’s part of all of us, in one way or another. It is not only a symbol of our childhood and growing up, but actually a symbol of our city, through our lives as well as the lives of our children, our fellow citizens. I think we have something to be proud of. Unfortunately, a lot of bad things have happened in recent years, but every city has its own life, and even those bad things are part of our city’s life,” Lazarevic said. 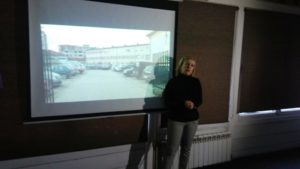 Lazarevic expressed regret that the film does not show the current principal or students, explaining that the principal did not appear for an interview even after a month-long consultation, while the students, who were willing to participate in the reportage, eventually canceled because they did not receive permission to do so from the principal.

KoSSev editor-in-chief said that she remembers this school as full of students willing to speak their minds, adding that she has fears about the way the younger generations will be able to lead the city and create a decent living space for their families.

The author of the short film, KoSSev portal journalist, Ivan Mitic said that the project was originally conceived as a ten-minute long story, but that the interlocutors inspired them to create a 30 minutes long film. 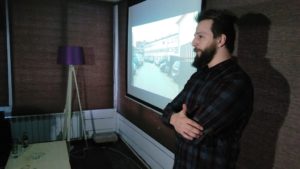 „They inspired us with the way they described what the school looked like, what it meant to be a high school student and a professor in their day. Instead of 10 minutes, we have half an hour of something that is not a movie, it is not a reportage, but I think it is something wonderful and a good testimony to what it used to be and what it is like to be a high school student now,” said Mitic.

Nadezda Spasojevic, a retired professor of Serbian language and literature, said that children did not use to have all that they have now, unfortunately, a few of them actually take advantage of the opportunities available to them.

According to Spasojevic, people lead busy lives today and that there is little time for self-education, which represents a key problem. What you acquire in school, you do so because you must learn, but good manners is something you learn at home. While I still worked, I always told the kids – what you bring from home, that’s you, and this is just an upgrade, both an upgrade of your good manners and education – Spasojevic underlined.

“I think parents are too busy today, and certain conditions must be created for children, and you all know in what conditions we live in. I do not blame the children at all and I generally think that we – the parents – and children are in the same pot,” Spasojevic said.

Political analyst Nexhmedin Spahiu, a former Grammar School student, pointed out that during his high school days, students had more enthusiasm and hope for a better future.

„At the time, there was enthusiasm, hope for a better future and perspective, which was not really realistic. I do not see that enthusiasm among the students today, I only see them dreaming of leaving Kosovo and continuing their careers there. They do not have respect for professors, their seniors, for society, which is unfortunate,” Spahiu said.

He also estimated that teachers have drastically lowered the criteria, which led to a decrease in students’ level of knowledge.

Eighty-nine-year-old Aleksander Saveljic from Drenica, also a former student at the Mitrovica Grammar School, said that the film managed to bring him back to the days of his youth.

„I would like to meet old friends, because we were all like brothers and sisters, and teachers were like our parents. I think those were the happiest days, and even 70 or 80 years later we remember each other. It was an immense joy to be reminded of the days of our childhood,” Saveljic emphasized. 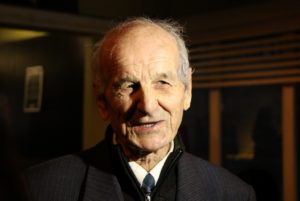 He also believes that there is a big difference between the older and current generations of students.

„I think society has progressed and I think current students have more knowledge than we had back then. There is no education without good manners, and I think we had better manners back then, and these new generations today are more educated,” Saveljic said.

Nemanja Nestorovic graduated from Grammar School in 2000. He said that, although there are major differences between the past and present times, Mitrovica Grammar School, which was considered one of the best schools in the city and beyond, can also boast about its excellent teaching staff and students.

According to Nestorovic, what this school lacks the most today is a new school building.

„In a city like Mitrovica, where there are so many different investments, there is no plan to build a Grammar School building so that the legacy left to us by previous generations can continue to live on,” Nestorovic concluded.

Kosovska Mitrovica Grammar School marked its 100th anniversary last year. It received a work permit in 1915, by decree of the regent Aleksandar on behalf of the King of Serbia, Petar. The school opened its doors on December 1, 1919.

On September 5, 1933, the Grammar School was transformed into the Higher Secondary School. In 1958, it was named after the former professor, Italian Silvira Tomazini, who was assassinated.

Since the end of the 1999 conflict, this institution was moved from the southern to the northern part of Mitrovica and continues to work within the building of the Technical School “Mihailo Petrovic Alas”. The high school in South Mitrovica is known today as „Frang Bardhi“ after a 17th-century Albanian writer and bishop.

From the first generation of graduates in 1919 to date, the Grammar School produced a number of distinguished professors, doctors, lawyers, intellectuals. Currently, 264 students divided into 14 classes attend the Grammar School.

Production and screening of the reportage was supported by the International Organization for Migration (IOM) and the British Embassy in Pristina. 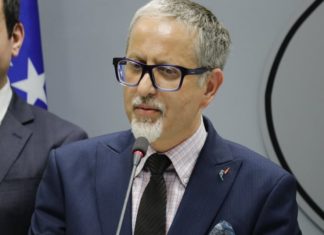 New curfew possible, Vitia: No decision will be made without 100% coordination with Rakic