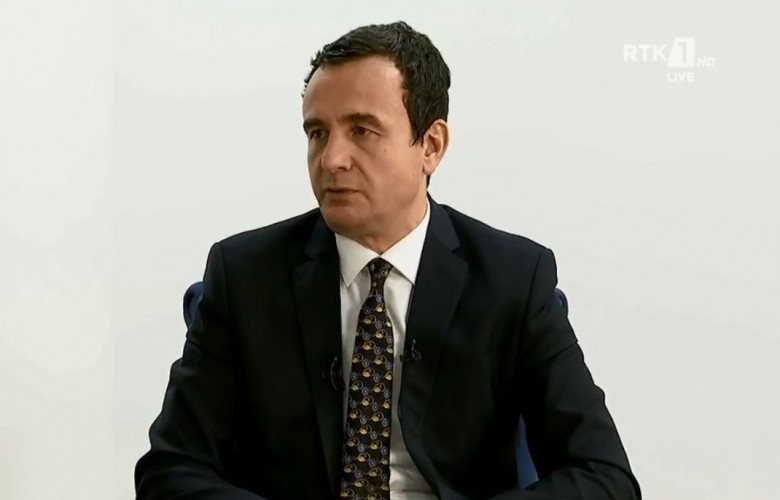 The Prime Minister of Kosovo, Albin Kurti, traveled to Austria today for a two-day tour, during which he will meet with the Austrian Chancellor, Alexander Schallenberg. Kurti met with Lajcak in Vienna, and Lajcak will be meeting with Petkovic and Vucic in Belgrade tomorrow.

According to the Pristina government announcements, Kurti is set to discuss mutual relations and ways to increase cooperation in areas of common interest with the Austrian Chancellor.

It was also announced that the Kosovan Prime Minister will speak today at 6 pm at the Karl Renner Institute, on the topic „Kosovo: A Ray of Hope for Democracy in South-Eastern Europe“.

In the meantime, Kurti met with the EU Special Envoy for the Belgrade-Pristina dialogue Miroslav Lajcak in Vienna.

As Lajcak revealed on his Twitter account, he had an in-depth discussion about the progress achieved in the dialogue with Kurti.

„In Vienna today, I had an in-depth discussion with Prime Minister of Kosovo Albin Kurti about the current state of play and way forward in the EU-facilitated Dialogue,“ Lajcak tweeted.

Lajcak is set to travel to Belgrade tomorrow, where he will meet with the main Serbian negotiator for dialogue with Pristina, Petar Petkovic, as well as with the President of Serbia, Aleksandar Vucic. This meeting arrives just a week after Lajcak’s separate talks with chief negotiators in Brussels, and a failed two-day attempt to schedule a trilateral meeting at the time. At the same time, the deadline to start talks on the ASM, and form this body by the end of December, is running out, set by Srpska Lista chief, Goran Rakic, who warned that if this is not achieved Serbs will leave all Kosovo institutions.

At the same time, ahead of these meetings, Belgrade and Kurti started exchanging a series of accusations through the media.

On the one hand, Petkovic has been making accusations against Kurti for several days now. He said that it makes no sense for Pristina to „avoid“ the topic of the formation of the Association of Serb-majority Municipalities because they will have to discuss it, considering that Belgrade will not give up on that request.

Serbian President Aleksandar Vucic also commented today on Kurti’s allegations from an interview with a Swiss media outlet regarding a possible referendum for the unification of Kosovo with Albania.

„He is threatening with direct unification with Albania, and I asked one of the ambassadors I had a meeting with on Sunday – ‘what would happen if I said something similar about unification with some other territories – would you hang me in Washington, New York, Paris, Brussels? I know I wouldn’t be alive for long after that. All the world’s media would be buzzing about it and making incredible stories out of it and scaring the whole world with the Greater Serbia hegemony,“ Vucic estimated.

It was not until today’s press conference that Vucic commented on Kurti’s statement, saying that he did not want to react to it, as the Prime Minister of Serbia, Ana Brnabic already did. According to the president, Brnabic „asked many people in Europe if they would say something about the threats,” considering that they were made by „the Prime Minister of the Provisional Institutions in Pristina“.

On the other hand, Kurti reiterated today that Vucic, through the ASM, wants the „Bosnianization of Kosovo.“ He also repeatedly underlined that he will not form this body.

In an interview with Zagreb-based Vecernji List, Kurti assessed that the Serbian president „wants to make Kosovo a dysfunctional state“ and expressed concern „because Serbia currently spends more on the army than everyone else in the Western Balkans.“

Furthermore, he accused Serbia of „behaving like Russia in the Western Balkans, because it is trying to make Republika Srpska in Bosnia and Herzegovina like Belarus, and Montenegro like Ukraine.“

He also added that Kosovo is not a problem, but that Kosovo has a problem and that the problem is Serbia, which, according to Kurti, lacks pluralism and has only one party.

„That party is also the state. That state is also a church. That church is also a party. There is no pluralism here, but they claim that democracy is at hand. Serbia has greatly increased its military expenditures recently. Bosnia and Herzegovina, Montenegro, Albania, Kosovo, and Northern Macedonia together do not spend as much as Serbia alone. That is not happening because of Hungary and Romania, and this militarization of Serbia is very worrying for us,“ Kurti said, RTK2 reports.

When asked whether he would agree to a possible land swap, Kurti said that he would not, noting that he wanted the dialogue to take place regarding the rights and needs of citizens – not for a land swap.

„It is in the nature of autocrats to think that they can swap land as if they were their property. This is not the Middle Ages, with monarchs who consider the territories of the state as the land of a father or a monarch, and the people as the family of the one who rules. I don’t think Serbs want that either, only the president of Serbia wants it. Now, while I am in power, he makes no mention of the land swap, but he wants the ‘Bosnianization’ of Kosovo in the form of an autonomous Serb entity within our Republic, to turn us into a dysfunctional state, which it is not,“ Kurti said.