On 16 May 2020, a journalist with Voice of America in Kosovo, Budimir Nicic, was personally accused by the Srpska Lista (Serbian List) political party in Kosovo of trying to undermine trust in Serbia in an article he wrote about the plight of a single mother being evicted from her house during the pandemic.

The May 15 article interviewed the mother living in the village of Gojbulja, Kosovo, about her imminent eviction and how she would be forced to live on the street with her son. After the article was published, local authorities in Kosovo stepped in to offer the women temporary accommodation in the municipality of in North Mitrovica. In response to the story, Srpska Lista issued a statement on its Facebook page claiming the article was part of „a broader hellish plan to shake the people’s trust in Serbia, but also in the Srpska Lista“.

Srpska Lista is a minority political party which is the dominant Serb party in Kosovo politics. The party claimed the journalist sought out “a family with a problem in order to prove Serbia’s alleged negligence for its people.“

No complaints were made about the accuracy of the story. The journalist denied the accusation and said it was the job of journalists to tell such stories.

The Association of Journalists of Serbia (UNS) expressed concern over Nicic being targeted as the “author of the propaganda reportage” and demanded Srpska Lista stop labelling journalists as enemies just because they reported on difficult issues. It also called for Srpska Lista to apologize to the journalist. The party has a track record of publicly attacking critical journalist.

UNS: Srpska Lista to apologize to journalist Budimir Nicic for its unfounded accusations 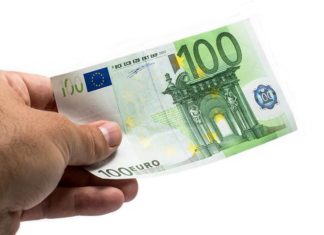