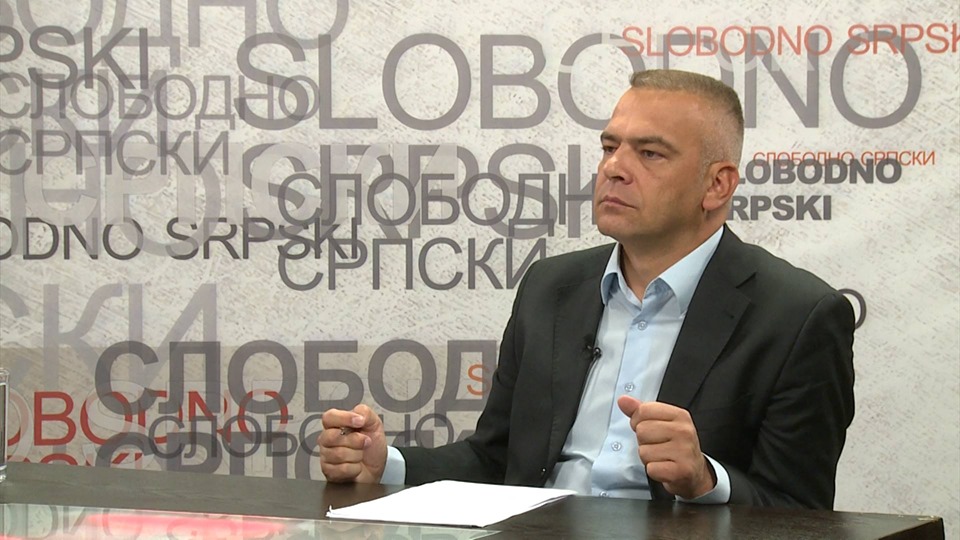 The Journalists’ Association of Serbia (UNS) condemned the attack on the Voice of America correspondent, Budimir Nicic, whom Srpska Lista described as being part of a „broader hellish plan, to shake people’s trust in Serbia, but also in Srpska Lista“. Srpska Lista’s reaction arrived after Nicic published reportage about a single mother from the village of Gojbulja in Kosovo, who was at risk of becoming homeless, the UNS announced.

The UNS expressed concern over Srpska Lista’s announcement, in which Nicic’s report on Milica Apostolovic and her five-year-old child was described as „part of a propaganda war whose only goal is to remove Serbia’s influence out of this area.“

This journalist association pointed out that Nicic reported on the problem of the Apostolovic family, that he conveyed and checked the facts.

UNS recalled that the job of journalists and media is to alert the public in order for the authorities to solve the citizens’ problems. Consequently, after the report was broadcast on Voice of America, the Apostolovic family was provided with accommodation in North Mitrovica. The municipality of Vucitrn reacted immediately to the shocking report, and its president, Aca Misic, solved this problem.

UNS pointed out that a shocking report about the Apostolovic family had already been published in „Vecernje Novosti“ and by the Kosovo Online portal. The online outlet published her video testimony on being attacked and mistreated by Albanian newcomers, while featuring a story on the recent visit of Belgrade’s liaison officer to the village.

The Journalists’ Association of Serbia expressed concern over Nicic being targeted as the „author of the propaganda reportage“ and demanded that Srpska Lista stop labeling journalists as enemies just because they bring people’s problems to light. They also said that they expect Srpska Lista to apologize to Nicic.

The VOA correspondent, Budimir Nicic published a reportage on Friday about the life of single mother Milica Apostolovic from the village of Gojbulja, near Vucitrn, who was at risk of becoming homeless as the house she lived in was sold and she was forced to move out by May 20th.

The reportage revealed that Apostolovic turned to many for help, including the president of the North Mitrovica Provisional Authority, Aleksandar Spiric.

Apostolovic said that Spiric promised he would find and pay for her accommodation as early as May 6th. After not receiving any further information on this, Apostolovic announced that she and her five-year-old son would „find refuge on the Mitrovica bridge under the open sky”.

The next day, the head of the Vucitrn Provisional Authority, Aca Misic confirmed that the Serbia-sponsored municipality of Vucitrn found an apartment for Apostolovic and her son in North Mitrovica and will pay rent until their housing issue is resolved.

Misic confirmed that the accommodation was provided in cooperation with the Kosovo Office and the liaison officer in Pristina, Dejan Pavicevic.

He claimed that it was first agreed that “Aleksandar Spiric would take charge to solve that issue, but there was some misunderstanding, so we as a municipality took it over and resolved it.“

Srpska Lista reacted via its Facebook page yesterday, saying that „the Government of Serbia, local authorities and Srpska Lista will not leave any Serbian family in trouble.“

„Any attempt by the enemies of Serbian interests in Kosovo to find an isolated case to challenge this fact is part of a propaganda war whose sole goal is to remove Serbia’s influence out of this area.“

“It is clear that this is a broader hellish plan to shake the trust of our people in Serbia and SL,” they underlined, claiming that Nicic behaved “unprofessionally” and that „the basic rule of objective journalism was not met“.

According to Srpska Lista, Milica Apostolovic was “guaranteed that the local government would find and pay for her temporary accommodation until a permanent solution is found.”

They added that Apostolovic, however, did not submit a formal request, which was “the only condition for help to be immediately approved.”

Nicic: They did not deny anything I published

Commenting on the announcement of Srpska Lista, Budimir Nicic told KoSSev that this party did not deny anything he published.

„In its statement, Srpska Lista did not deny anything I published related to Milica Apostolovic. So everything is clear – Ms. Apostolovic said her thing, the Serbian Municipality of Vucitrn solved the problem, the Journalists’ Association of Serbia said its part when it comes to the profession and that’s it, I have nothing else to add,“ he said.