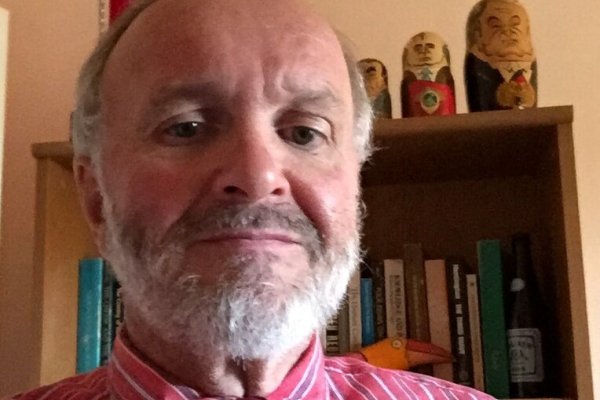 By Gerard Gallucci
At a recent and “historic” meeting in Belgrade between the leaders of Serbia and Albania, the Albanian Prime Minister took the opportunity to suggest that the status of Kosovo as an independent country was settled. Rami noted that “108” countries had recognized it as well as the International Court of Justice. Leaving aside the fact that the ICJ did not “recognize” Kosovo's independence but merely said international law is silent on the subject, he is essentially correct.  Kosovo's fate was sealed when NATO – without UN mandate and therefore illegally – ended the longstanding conflict between Serbia and the Kosovo Albanians with two months of bombing and then entered the territory.
Let me comment further on the subject of legality as what happened with Kosovo has come up again and again, most recently in the US and allied intervention in Syria. Every one of the 183 countries that have signed the UN Charter have committed themselves to its various elements. By doing so, they established international law on, inter alia, the subject of intervention in the affairs of sovereign states. The Charter established two and only two conditions for the use of armed force against other sovereign states, direct self defense and by decision of the UN Security Council. (Chapter 8 allows for the role of regional forces but only when approved by the UNSC.) Article Six of the US Constitution determines that “all Treaties made, or which shall be made, under the Authority of the United States, shall be the supreme Law of the Land.” The US was bound by international and its own law not to undertake unilateral action against another sovereign state but in direct self-defense. Thus its actions in 1999 were illegal. Kosovo's 2008 declaration of independence occurred outside the context of UNSCR 1244 and thus was never sanctioned by the international community per se. But decisions on recognizing secessions are not a matter of international law – as the ICJ said – and each country decides for itself to recognize or not. So it comes down to who can win on the ground and the KLA “won” in '99 with NATO serving – illegally – as its army.
Everything since the NATO intervention has been a kind of shadow play. The UN sent a peacekeeping mission to Kosovo to hold the place until the intervening powers formally decided what to do with it. The intervening powers ignored the elements of 1244 they didn't like – like recognizing Serbia's continued sovereignty over the territory – and in 2008 decided to give it independence. UNMIK did its holding job and turned things over to the EU which failed in almost every way possible to help the new country onto its feet as a functioning, non-corrupt, multi-ethnic democracy.
Serbs in Kosovo reacted in different ways to the fact that they were now being told they lived in a different state than the one they were born into. Many left and those that stayed south of the Ibar eventually accommodated themselves to the fact they were surrounded by Albanians and left to their own devices. (The internationals did nothing when Pristina used force to bully them into submission.) The Serbs in the north resisted and still do despite the evident decision of Serbia's rulers to abandon them to their fate.
The present government of Serbia has tied its continued existence to EU accession. The country’s economy is in dire condition and its future dependent on gaining EU assistance and eventual membership. Despite the SNS’ origin as a “nationalist party,” it has already essentially surrendered Kosovo to meet the Brussels/Berlin demand that it move to regularize Belgrade’s relationship with Pristina.  Pristina says it wants full diplomatic recognition from Belgrade in four years and Berlin still refuses to open any chapters on EU accession until Serbia regularizes relations with Kosovo. As long as the Kosovo Albanians don't launch an outright invasion on the north, any rational Serbian government will do whatever it takes vis-à-vis Kosovo to remain on the EU track.
The question for the north – and for the northerners – remains exactly what happens to them? Until it became clear they would receive only minimal help from Belgrade, leadership in the north was simply rejectionist. In that period, some opportunities were lost to use the openings offered by UNMIK management – I know because I was there – to settle some boundary issues in a way that would establish clearer lines between them and the Albanians while also opening up channels to conduct necessary relations in a status neutral way. During that period, most northern Kosovo Serbs didn't even bother to read the Ahtisaari Plan.  But recently, signs of a new, younger and more pragmatic leadership have emerged. They are looking to the continued role of the UN and at models for implementing Ahtisaari provisions along, for example, the South Tyrol model, to provide a safe and secure environment for the Serbs, north and south, remaining in Kosovo.
The EU is still “underperforming” by leaving Oliver Ivanovic in prison when he could be playing his role, as he has as long as I've known him, of serving his community through peaceful, political means. (Ironically, the same folks that acted illegally in the first place with their intervention seem to be holding Oliver responsible. Even The Economist appears to have taken note of this.) But it remains clear that the fate of Kosovo Serbs remains in their own hands.  Belgrade will eventually recognize Kosovo whether it be in four years or 20. The relevant elements of the Ahtisaari framework remain and the internationals cannot – and I suspect will not – allow the Albanians any more episodes of outright ethnic cleansing. These factors provide the context for smart, collective planning and action led by the northern Kosovo Serbs. Carpe diem.