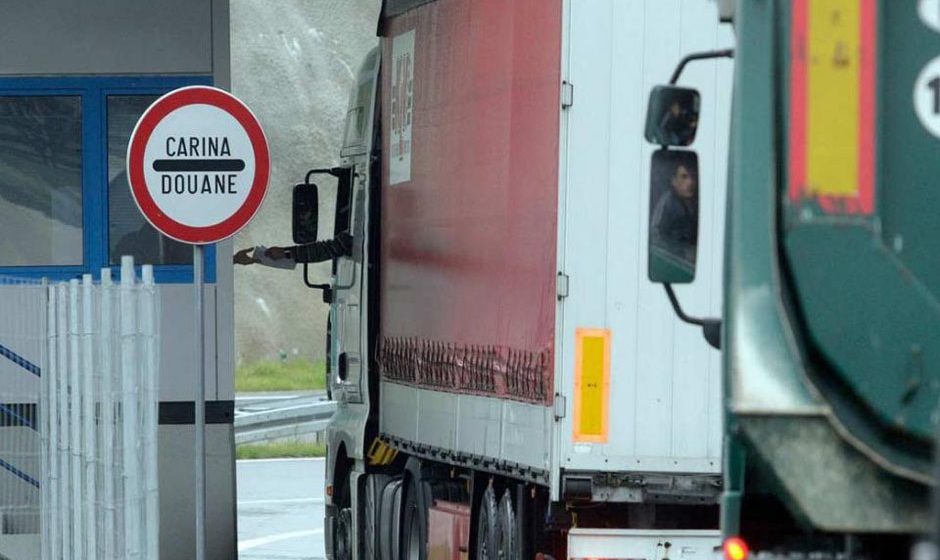 More than a week after the introduction of a 10% tax increase on products from Serbia and Bosnia and Hercegovina, the Kosovo government made a decision to completely ban imports of some products from Serbia. Kosovo Trade and Industry Minister, Endrit Shala also made a decision that the trade inspection should not allow the import and sale of products imported into Kosovo with the inscription „Kosovo and Metohija“, „Kosovo UNMIK“ or „Kosovo Resolution 1244“.

Trade inspection by the Ministry of Trade and Industry has found that some of Kosovo’s largest retail chains are selling goods with inscriptions which are contrary to the Constitution and laws of Kosovo.

A week after the introduction of a 10% tax increase on Serbian products, Kosovo customs officials claim that there was a 50% drop in imports from Serbia and BiH.

„A comparison was done a week after the implementation of the decision. This shows that a week before the decision, we had around €7 billion of imported products from these two countries, Serbia and Bosnia, while during the six following days after the decision was in power, we had €3.5 billion of imports from both countries,” the Kosovo Customs Director, Bahri Berisha told Radio Free Europe at the time.

Shala asked Kosovo Customs not to allow imports of products containing these inscriptions.

Pristina-based media have reported exhaustively on Serbian products in stores throughout Kosovo, both before and after the decision on tax increase was reached.

They also reported that Kosovo is allegedly losing €400 million because of products from Serbia. Pristina-based Koha wrote on Friday that they found food and other products in a number of trade centers in Kosovo which had  “Kosovo and Metohija”, “Kosovo UNMIK” or “Kosovo Resolution 1244” as the country of import. Following this article, the Ministry of Commerce made the decision to completely ban the import of these products.

This latest decision on products from Serbia was reached by the Kosovo government the day before a CEFTA members meeting in Pristina, which, according to earlier announcements, Serbia and BiH will not be attending.

Koha published a text yesterday on eggs from Serbia which do not have the „RKS“ seal and which are allegedly harmful to the health of consumers and jeopardize the work of 160 Kosovo farmers.

Kosovo media have also reported on the increase in prices of basic grocery items throughout Kosovo.

Belgrade and Pristina led a trade war in 2011, following an agreement on integrated border crossings. Dissatisfied with the pace and direction of the negotiations on integrated crossings and customs seals, the Kosovo government sent special units of the Kosovo Police to the two crossings in the north of Kosovo, Jarinje and Brnjak, with the intention of introducing reciprocal measures to the trade embargo (formerly declared by Serbia because of the word „republic“ on the Kosovo customs seal). In declarative terms, the action was directed against illegal trade, designed to ensure the rule of law in this part of the territory and was not directed against the citizens of this part of Kosovo.

During the first attempt by the Kosovo government to establish control in the north of Kosovo, on July 25th, 2011, a member of this Special Unit, Enver Zumberi, died in Zubin Potok in a minor armed conflict, after which these units withdrew from the four northern municipalities with a majority Serbian population. One year after this incident, the former Kosovo Prime Minister, Hashim Thaci, said: „The decision to send the security forces of the Republic of Kosovo to the crossings 1 and 31 was decisive for launching world diplomacy with the aim to normalize the situation in the north of Mitrovica.“

US Embassy: Increasing duties on fellow CEFTA members does not benefit Kosovo