One of the former KLA leaders and the former Kosovo President, Hashim Thaci claimed in one of his testimonies before the Specialist Prosecutor’s Office in The Hague that the KLA General Staff only existed on paper. Thaci also denied that staff members had control over other formation members. On the other hand, the strongly disputed draft law on the Protection of the Values of the „KLA“ struggle claims otherwise.

“Kosovo Liberation Army (KLA) – military formation armed and organized on voluntary basis with uniforms and distinctive signs, organization units and the chain of command headed by the Headquarters, under the civil control of political leadership, with a clear mission for protection of the population of Kosovo and liberation of the country from the armed and police forces as well as occupying administration of Serbia settled in Kosovo” – reads Article 3, paragraph 1.2 of the current version of the draft of this law.

Seeing as the four members of the KLA General Staff, Hashim Thaci, Kadri Veseli, Rexhep Selimi, and Jakup Krasniqi were charged by the Kosovo Specialist Chambers with participating in a joint criminal enterprise, the first arguments of the defense counsel, namely the defense attorney of one of the sponsors of this draft law – Kadri Veseli, Ben Emerson, read that a JCE could not have been formed because „the KLA was minimally organized“ and „the chain of command and communication within the KLA was poorly organized and fragmented.“

On the other hand, the testimonies of Hashim Thaci regarding the role of the KLA General Staff, according to one of the prosecution documents, appear to be even more drastic:

„There was no KLA secret service, nor have the KLA headquarters or the interim government ever functioned. They only existed on paper,“ Thaci told the Special Prosecutor in July this year.

The procedure regarding the adoption of the „Law on the Protection of the Values ​​of the KLA Struggle“ was initiated in 2018 by the then President of the Assembly of Kosovo, Kadri Veseli. It was then forwarded to the Assembly in October 2018.

The Assembly, i.e. the parliamentary group that proposed the law, however, requested the opinion of the Kosovo government as to whether the draft law is in line with EU standards.

„The provisions of the ‘Law on the Protection of the War Values ​​of the Kosovo Liberation Army’ are not regulated by EU legislation, as such this field of activity remains under the internal competence of EU member states,“ the government said in response, sending the draft law to the assembly for review on July 17th.

Following a series of reactions from international representatives in Kosovo, led by the US Ambassador to Pristina, Philip Kosnett, who expressed concerns that it may criminalize free speech, the draft law was returned to the committees for amendment.

Among other things, the first draft of this law read:

„Any public official and citizen of the Republic of Kosovo shall be obliged to respect and protect the war values determined by this Law in any time and circumstance within the country and abroad.“ According to the draft law, any violations of this provision would lead to legal sanctions, although the sanctions in question were never specified. 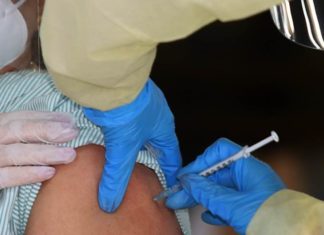