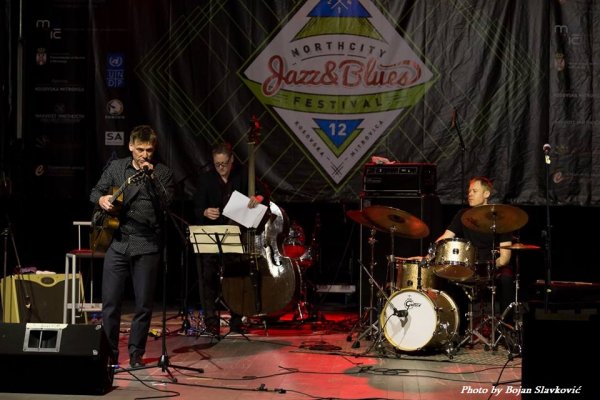 Jetlagged and visibly tired after the long journey from New York to Belgium, the gig there and hitting the road to Kosovska Mitrovica afterwords, one of the world's finest jazz guitarists Peter Bernsteiin did not seem to be interested in doing the sightseeing of local folklore. He had no time either as was expecting to play in a concert for a few hours at the Zvecan House of Culture. Immediately upon arrival, he had a nap and after it he needed a good coffee which ordered at the restaurant of a local hotel. Musicians and other crew members  were joyfully chatting to ech other at other tables and the place was a bit noisy. Bernstein had obviously not liked the coffee as made a sour face and added sugar. It was perhaps the largest movement he made ​​during an interview with us, and perhaps even during the concert itself. This native of New York, the leader of high class jazz guitar scene is still in motion. He plays a perfectly elegant studio jazz – of pure, refined and innovative sound. His movements were actually in the music as it contains an entirely wealthy life.

Despite the fatigue and the lack of connection with the place in which he came, the headliner of the 12th International Festival "North City Jazz & Blues Kosovska Mitrovica" was nevertheless in good spirits shortly before his evening’s concert  to be interviewed by  someone who, as a typical representative of the younger generation, does not recognize the vibe of Bernstein’s sophisticated tones. He was courteously and professionally answering to our mostly general questions which reminded rather of a teenage lexicon book than of his fan’s studious quieries .

Hello, I would like to welcome you to North of Kosovo. When did you arrive  and have you ever been here before?

Just today, just a few hours ago. No, never.

How was the trip?

Well, we are a little exhausted because we flew from New York yesterday to Belgium where we played last night and we came here. So we feel a little tired.

Before you were invited to play here, have you heard about Kosovo?

Yeah, I know a couple of people from this area, a guitar player who lives in New York now, he is from Belgrade. But I don’t know much about this place because not as many people seem  come through here.

What is your first impression of North of Kosovo? Are you planning  to go sightseeing?

Well, I haven’t gotten to see much. And I don’t know if there’s much time.

Who contacted you to come and play at the Blues & Jazz festival?

Actually Misko (the organizator) contacted my manager and I got in touch with him.

For people who are not very familiar with you and your work, when did you start to play the guitar?

Who are your inspirations?

My first hero on guitar was Jimi Hendrix, after him there are a lot of people: West Montgomery, Jim Hall, and lots of people, not just guitar players, but saxophone players John Packer, John Coltrane, Sonny Rollins, and a lot of other people.

And why jazz music, what do you like about it?

Something about it attracted me when I heard West Montgomery and hearing the connection to the Blues because that’s what  I loved at the time, and I could hear that jazz had the feeling of the blues and that kind of sensibility but also a whole another kind of language, too, which I was curious about how it worked, how the harmony worked and different rhythmic feeling so that opened up the world and I’m still investigating.

When did you get your first big break?

I’m from New York City, so I kind of fell into it by just playing with my friends, and we used to play in this place called “Ogies”, and I met a lot of musicians there, my age and when elders came through, I got the chance to meet Lou Donaldson, a saxophone player, an older guy. He got me to play on his record and I started doing some gigs with him. I met Jim Hall when I was a student and he got me on a gig, and I got to meet new people through him, so.

Besides jazz music, what other genres of music do you like to listen to?

All kinds, I love R’n’B, a lot of Aretha Franklin, Marvin Gaye – that kind of stuff. Classical music, anything from Bach, I just love all kinds of music, I don’t only listen to jazz.

What are some of your favorite new artists?

I don’t keep up with it as much as I should, but a few things come through, one person I checked out recently, I do not know if you know her over here – Laura Mvula. She is pretty obscure, she made a really interesting record last year, I think it is her second record “Sing to the Moon”, it’s a very great song, great orchestration, great sounds. So I like these interesting things going on with production, new sounds, electronic music.  I am interested in it, but I also like the human touch – people playing instruments, the one thing electronic music does not have is conversation element, people playing and reacting to each others’ vibes. I am up for everybody doing all kinds of different things, if everybody did the same thing it would be boring.

You play the guitar and the piano, do you play any other instrument and can you sing?

No, I just sing for myself.

What are the artists you would like to collaborate with?

I’ve been very lucky to play with a lot of my heroes already but I never thought that I would get to play with Bobby Hutcherson, Sonny Rollins, George Coleman. I would like to play with Herbie Hancock and people like that, but I feel very fortunate for the people I do get to play music with. 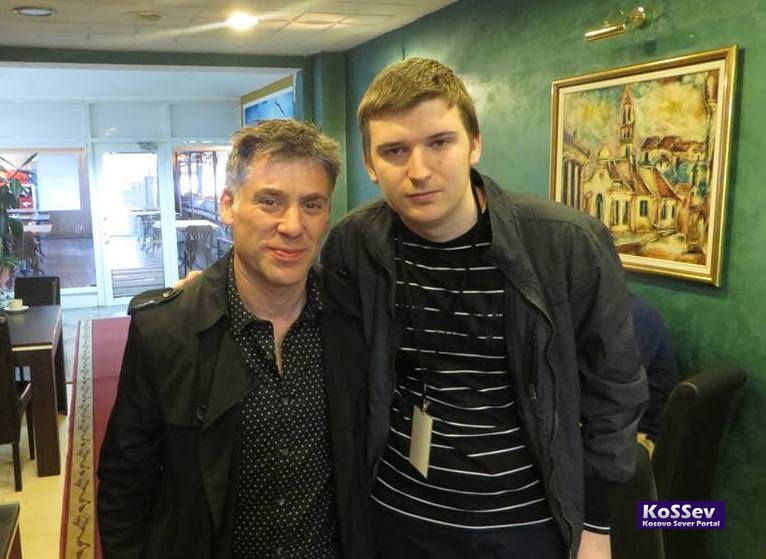 Mitrovica is very popular for having great musicians, especially guitarists and a lot of them play in Mitrovica Rock School. Do you have any advice for them?

There are so many ways to play the guitar, so many ways to approach the instrument, I just think for any musician, I would just say keep having your ears better, keep opening your ears for new sounds but also be able to identify sounds that you hear. If your ears are getting better, you will be able to hear music like language, like a conversation so you can understand what’s being played,  than you’ll get better on your instrument too. It’s not only about if you can play the instrument faster, or more precise. You just have to work on your ears and be more sensitive to all sounds. That’s my only advice.

Do you have any expectations for the concert?

No. I don’t know what hall is like. Doug has to play the bass, Bill has to play drums and we’ll have to make the best of what they give us and kind of get to the place where we can have a musical conversation and pick some tunes on the spot and just go, nothing too planned out.

Where are your next gigs?

We have a gig in Vienna and that’s it.

Thank you so much for speaking with KoSSev.

You are welcome and thank you.