A “Henderson” company vehicle transporting cash to banks was robbed this morning, at approximately 11 am, in the village of Dren in the Leposavic municipality. There is currently no confirmation as to how much money was stolen, in what currency, how the robbery was carried out and who the perpetrators were.

The Deputy Commander of the Kosovo Police for the region north, Besim Hoti confirmed for KoSSev that a robbery occurred this morning, adding that he will have more information soon.

This marks the third time that a Henderson security company vehicle has been robbed in the Leposavic municipality.

In June of last year, at around the same time, about 18,000,000 dinars were stolen. Part of the money was recovered on the same day, as well as the vehicle believed to have been used in the robbery, while one robber was identified. However, according to the latest information from the police, they are “still searching” for the suspected robber.

In addition, an attempted robbery took place last year in May also in the Leposavic municipality, just twenty meters from the Jarinje border crossing, during a money transfer to the Leposavic municipality. The money was supposed to be transferred from central Serbia to Kosovo, however, at that moment the Kosovo police were shot at. Fortunately, the robbery was prevented.

The Henderson Company is registered in Kosovo as a private company providing security to people and property – mainly banks. 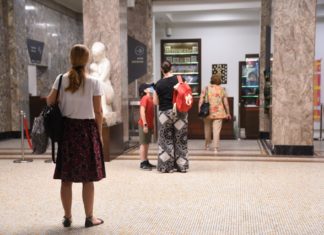