A preparatory hearing of six suspects charged with participation in the assassination of the leader of the Civic Initiative „Freedom, Democracy, Justice“, Oliver Ivanovic continued before the Basic Court in Pristina today – according to a new, amended indictment from December 27th. The defendants pleaded not guilty to the more serious crimes they were charged with. According to the indictment against an organized crime group operating in the north, the three main suspects (Milan Radoicic, Zvonko Veselinovic and Zeljko Bojic) are not available to the Kosovo authorities and no charges have been filed against them, although warrants for their arrest have been issued.

The defense counsel confirmed that they received a translation of the over 12,000 pages long indictment, both in hard copies and on CDs. The majority of defense attorneys, however, requested that certain video footage be delivered to them so that they could prepare the defense.

According to one of the attorneys, Mahmut Halimi, when he asked the prosecutor to deliver certain video records to him, he was told that the unit which deals with security video records was „facing certain problems“, saying no word on their nature.

A defense attorney of the accused Dragisa Markovic, Dejan Vasic said that he had not received his client’s phone records due to “Pristina’s lack of cooperation with Belgrade.”
The attorneys also demanded that their clients be released from custody and placed under house arrest. Currently, three of the accused are in custody and one is under house arrest. On the other hand, the prosecutor requested that the first three accused who are in custody (Marko Rosic and 2 police officers – Rade Basara and Nedeljko Spasojevic) stay detained and that the other three be placed under house arrest (Silvana Arsovic, Zarko Jovanovic, and Dragisa Markovic).

The previous prosecutor in charge of the case, Syle Hoxha retired in the meantime and was replaced today by the prosecutor Blerim Isufaj. Hoxha also did not attend the initial hearing held on December 30th.

The indictment was first read in Albanian and then in Serbian.

Precisely which parts of the indictment were amended remains to be seen. Attorney Mahmut Halimi, however, told KoSSev last night that there are no major changes in the indictment, except “cosmetic” ones, and that the only concrete change concerns Silvana Arsovic’s role in Ivanovic’s murder. Halimi said that she was charged as an accomplice in the commission of a crime. After the indictment was read today, it was revealed that Arsovic was also charged with being part of an organized criminal group.

The defendants pleaded not guilty of all charges, with the exception of the police officers Nedeljko Spasojevic and Dragisa Markovic, who confessed to the criminal offense of illegal weapon possession.

Oliver Ivanovic was gunned down early in the morning on January 16th, 2018, outside the headquarters of his SDP party offices in the center of North Mitrovica. Ivanovic was shot at from an Opel Astra vehicle without license plates, with tinted windows. According to the indictment, he was shot six times from a 9 mm firearm.

About the indictment issued on December 2nd

The Kosovo Special Prosecutor’s Office announced on December 2nd that charges have been filed in the murder case of Oliver Ivanovic against N.S., M.R., S.A., D.M., Z.J. and R.B – four of whom are members of the Kosovo Police. The defense attorneys did not receive the indictment until fifteen days later, although the content of the alleged indictments appeared in the Kosovo media. The Kosovo Special Prosecutor, Syle Hoxha could not confirm whether the indictment published by the media was authentic. „I don’t have the time to keep track of the media,“ Hoxha told KoSSev.

According to the prosecution’ announcement at the time, the accused were charged with “participating in an organized criminal group,” “abuse of office,” “support of crime,” “aggravated murder,” “illegal possession and use of firearms,” “disclosing official secrets,” “abuse of duty in complicity” and “tampering with evidence.” It is still unknown which of the suspects are charged with what crime.

None of the accused were charged with murder, and the perpetrators still remain unknown.
Also, four more suspects are on the run, one of whom is a fifth Kosovo police officer from the north. According to still unofficial information, he is a key police official. 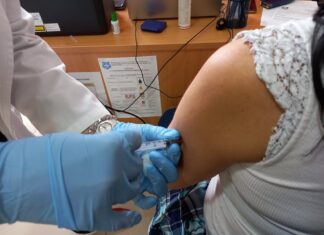