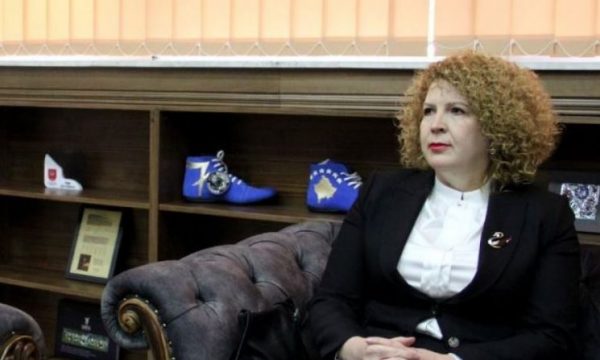 „I did not want to immediately introduce reciprocity to any neighboring country, I am interested in solving problems through regional mechanisms,“ Kosovan Minister of Industry, Entrepreneurship and Trade, Rozeta Hajdari, said yesterday. Pristina media, as well as part of the opposition in Kosovo, interpreted this statement to mean that Kurti is giving up on introducing reciprocity – which he himself announced during the election campaign. Hajdari, however, denied these allegations.

Hajdari revealed that, as a minister, her goal is to strengthen regional cooperation and solve problems and to do so even though, as she underlined, Serbia is doing everything to hinder Kosovo, the KosovaPress reports.

„Kosovo is not well represented (cf. in regional initiatives). Kosovo often faces challenges knowing that we have a neighboring state that is always bothered by the Republic of Kosovo signing something. But we will, together and in cooperation, work on having a constructive relationship with all neighboring countries, despite the concerns we have, especially over one of the neighboring countries, which is crucial.“

Addressing the announced reciprocity measure, Hajdari stressed that she did not want to take this step right away.

„I did not want to immediately introduce reciprocity to any neighboring country, I am interested in solving problems through the regional mechanisms we have now – starting with CEFTA, the Council of Europe and the Regional Cooperation Council and other mechanisms that can help us develop and face all the challenges in a regional aspect,“ said Hajdari, KosovaPress reports.

According to Hajdari, economic cooperation is the goal of all countries in the region.

Initiating this kind of cooperation in some areas, such as tourism, would be a good starting point – she emphasized, calling for the cooperation of the chambers to eliminate the problems in the field soon as possible.

Following the claims of the Kosovan opposition and media that Kurti had given up on introducing reciprocity, the Kosovo Minister of Industry reacted on Facebook, alleging that her statement was misinterpreted.

„I did not say that reciprocity is not the solution to the problem, I said that I don’t want to immediately impose reciprocity to Serbia,“ Hajdari wrote.

She, however, confirmed that reciprocity will be introduced and that preparations for it are underway.

„We are currently finalizing an analysis of the state of the trade report, before we act. Now we have a new head of customs, and since many obstacles in Serbia are not systemic, but sporadic, we must prepare our customs officers well to apply reciprocity,“ she said.

In her words, reciprocity is a „healthy principle in normal relations between two countries“ and it does not represent an „instrument of revenge“.

Kurti introduced a reciprocity measure to Serbia during the first convocation of his government at the beginning of last year.

This measure completed the transformation of customs duties, which were increased – initially to 10, and then to 100% – on goods from Serbia and BiH. This tax increase was introduced in 2018 by the government of Ramush Haradinaj.

Official Belgrade objected to Albin Kurti’s decision, as did international officials – particularly officials from the US.

After Kurti’s government was toppled and a new one headed by Avdullah Hoti was elected, the reciprocity measure was lifted, thus removing the long-standing obstacle to the continuation of the dialogue between Belgrade and Pristina.

However, after the fall of Hoti’s government, new elections took place.

During the election campaign, the current Prime Minister of Kosovo, as well as officials from his party, declared that reciprocity would be reintroduced – as one of the first steps of the new government. „It’s a matter of days, not months,“ Kurti said at the time.

However, two months after the government was formed, the measure lifted by the previous government has yet to be reintroduced.

Kurti and other officials in his government have repeatedly stated that the Kosovo Ministry of Industry is preparing an analysis of „violations committed by Serbia“, noting that the international community should be informed of the measure. They also said that Kosovo institutions should prepare to implement it.

„The Ministry of Industry, Entrepreneurship and Trade is preparing a report for me that contains all the violations that Serbia has committed against CEFTA. In addition to CEFTA, we will also use EFTA, where we will have a great chance to create free and fair competition, because with these non-tariff barriers imposed on us by Serbia, such a thing is certainly not possible. Remember, even the first time I was prime minister, it took about two months until I established reciprocity, and I did it gradually. We need analysis because we had reciprocity, but they took it away from us. Now we need analysis so that we do not fail when we implement reciprocity,“ Kurti said earlier this month.

Once again, announcements of the reintroduction of reciprocity were not met with the approval of the international community.

As Pristina-based Zeri report earlier this month, the EU envoy for the Belgrade-Pristina dialogue, Miroslav Lajcak, said that reciprocity would create new obstacles between the parties, which would hinder the flow of people and goods.

Lajcak underlined that no one benefited from the tariffs when they were introduced in the past.

„Speaking of reciprocity, I understood it more as an election detail. When tariffs were introduced, who benefited from it – no one. I am in favor of reciprocity if it means removing barriers and not creating new obstacles between the parties,“ Lajcak said, Zeri reported.