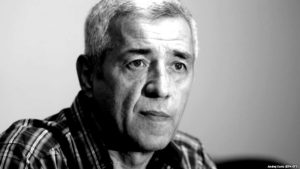 Today marks the eight-month anniversary since the murder of Oliver Ivanovic. Two official investigations are underway. The two Presidents, Aleksandar Vucic and Hasim Thaci announced several times that the results of the investigation will be made public and provided specific deadlines. In spite of their eventual silence, the information recently started arriving from the tabloid newspapers more intensely – this information is funneled in two mutually opposed directions. In the meantime, it was announced to the public that a third – private investigation – is also being conducted.

„Kosovo Serb leader was supposed to reveal that ‘the Kosovo shadow master’ is the instigator of the „Kosovo Markala“ massacre – the bomb attack on the market in North Mitrovica on March 13th, 1999. Oliver Ivanovic was murdered because of his willingness to testify against Kadri Veseli, the most powerful shadow master in Kosovo!“ wrote the Belgrade-based tabloid Kurir, referring to an article of the Ekspres newspaper.

Ivanovic’s sister Natasa Ivanovic-Ilic, posting the cover of the Ekspres newspaper entitled „Oliver murdered because he offered to testify against Kadri Veseli“, wrote briefly, “How are you not afraid of God“. His nephew, Aleksandar Ivanovic, commented on the same cover: “They will spin this lie in an orchestrated manner. In Serbia, it takes a bit of experience and skill to be able to ‘read’ information in the media, and when it is mastered, then it’s easy to understand what the writer wanted to say.“

Two days after the murder of Oliver Ivanovic, Srpski Telegraf also published a text claiming their journalists had uncovered the motives behind the assassination – “THE LEADER OF THE KLA ORDERED OLIVER’S ASSASSINATION!”. The article claimed that the first findings of the investigation pointed to the fact that Kadri Veseli organized the assassination. More about this can be read in Raskrikavanje.

The investigation was also led by the journalist Stefan Cvetkovic, as he himself claimed, along with a „team of journalists“. He presented the alleged results of this investigation soon after the murder. Cvetkovic came into public focus in mid-June, when the news of his disappearance was published, and, on that occasion, the President of Serbia himself reacted with a statement. Cvetkovic also held a press conference later, claiming that he had been kidnapped.

Only a few days earlier, after an incident on the road to the village of Banje, which the Serbian President Aleksandar Vucic was supposed to visit, other Belgrade newspapers wrote about Veseli.

„BLOODY TRAIL OF THE KOSOVO MASTER: Who is Kadri Veseli, the man standing behind the chaos and the blockades in Kosovo, Veseli „the master in Kosovo“- wrote daily newspaper Blic, reminding that they had previously reported that Veseli was „directly involved in the terrorist attack on Nis Express bus in Podujevo 17 years ago“.

„THE PRESIDENT’S SECURITY JEOPARDIZED! Shots echoed in five locations in Kosovo, Kadri Veseli is behind all of it,“ wrote the tabloid Alo, who picked up Tanjug’s news, also in connection with the incident which occurred during Vucic’s visit to Kosovo.

However, the name of the President of the Kosovo Assembly has been mentioned since the day of Oliver Ivanovic’s murder.

At a press conference on January 16th, held as a reaction to Ivanovic’s murder, Serbian President Aleksandar Vucic said:

„It’s very difficult to talk, to speak about something, when you receive daily threats of war and conflict in Kosovo, where the one who is the true master in Kosovo – and that is not Ramush Haradinaj and Hashim Thaci, as you know – it’s Kadri Veseli and everyone who is familiar with the situation in Kosovo and Metohija knows this.“

Serbian President Aleksandar Vucic and his Kosovo counterpart, Hashim Thaci, have repeatedly announced information on the investigation. Vucic also provided concrete deadlines when he will be releasing the information to the public, and announced that the murder of Ivanovic will be solved.

However, both Vucic and Thaci have not provided any information since July.

Only a day later, the chairman of the Committee on Kosovo and Metohija, Milovan Drecun, claimed that the murder investigation should go in the direction of Kadri Veseli and Washington.

„The focus of the investigation should go in two directions, one towards Kadri Veseli, the President of the Kosovo assembly, who is the head of Thaci’s illegal intelligence service. This service, a criminal service, which is particularly active in South Mitrovica, has been carrying out subversions in the North for years. They are creating their espionage network. I think that Kadri Veseli could provide plenty of information about this brutal murder of Oliver Ivanovic,“ Drecun told RTS.

A few days later, Drecun spoke again about Veseli in the context of the murder of Oliver Ivanovic.

„It (SHIK) is omnipresent in KiM, that is why Kadri is the most powerful figure. This service has infiltrated its people in all the structures in the North, both criminal and institutional. It is impossible that they do not know the details regarding the planning of this assassination and who the perpetrators are,“ Drecun stated again for RTS.

However, Kurir, Ekspres and Srpski Telegraf are not the only newspapers which have „solved“ Ivanovic’s murder.

Before the tabloids, the background information on the assassination arrived from the Rikoset portal, accusing Ivanovic’s partner Milena Popovic, as well as the top Serbian officials all the way to the Serbian President himself, including the head of the Kosovo Office, Marko Djuric and Srpska Lista officials, and the top people of Pink TV. The editorial board of this portal has been announcing a feature film documentary „Who killed Oliver?!“ for months.

Immediately after Rikoset’s information on Milena Popovic and Marko Djuric, Milena Popovic announced in several interviews that she is conducting her own investigation. She talked about Oliver Ivanovic and the topic of delimitation, as well as about her work in the cabinet of the Serbian Prime Minister Ana Brnabic.

She came into the focus of the public again last week after paying tribute to Oliver Ivanovic, accompanied by the Serbian President on his official visit to Kosovo. On this occasion, the President placed flowers at the place of Ivanovic’s murder in North Mitrovica. Popovic then followed the President to the central square where she attended the rally, previously announced as historic, from the front row, standing next to the Srpska Lista leadership, Serbian government officials and the BIA chief.

An avalanche of negative public reactions followed, the most notable were posted on Twitter.

„Hey, twitterers, shoot! Now it’s your turn. Draw a target on me, the one you have been talking about so much. Shoot!!! But first, step into my shoes and then you may change your mind,“ Milena Popovic tweeted.

„Those who do not have a policy must reduce to lying. These days, you can see an abnormal campaign in which the wife of the deceased Oliver Ivanovic is literally demonized. She who has already lost everything that a person can lose and the worst possible insults are directed at her as if she were the greatest of villains. Then, of course, these attacks continue to Andrej Vucic, who is, I guess, guilty for everyone in this country, simply because he is Aleksandar Vucic’s brother and everything that has anything to do with Aleksandar Vucic should just be smeared, insulted and degraded.“

In addition to numerous media teams, none of Ivanovic’s associates and family members were present when Vucic, accompanied by Ivanovic’s widow, paid tribute to Ivanovic. In the meantime, the local assembly member and Ivanovic’s associate, Marko Jaksic, confirmed that no one had notified GI SDP that the President will be laying the wreath at the place of Ivanovic’s murder, nor had anyone invited them to come.

Ivanovic: The reality (show) could have gone without laying the wreath

„My grandparents (Bogdan and Olga) had three children, Oliver, Miroslav and Natasa. Behind the three of them, there are ten of us. We were bred and raised as if we were members of one household. As far as we are concerned, the reality (show) could have gone without laying the wreath at the place where Oliver was killed,“ Aleksandar Ivanovic commented.

Ivanovic sought protection from the BIA?

Oliver Ivanovic’s nephew, lawyer Aleksandar Ivanovic, also reacted and joined those who have been publicly repeating since Ivanovic’s murder that he had informed the BIA of the threats he received.

Aleksandar Ivanovic published a series of statements and interviews by Oliver Ivanovic focusing on the intimidation he faced in the months preceding the murder. He also posted the following on his Facebook page:

„He said everything in 10 minutes. There is no need for anyone to interpret his words today, it is enough to listen to him. I would just mention one of our meetings at a cafe near the Temple of St. Sava, right before his murder, and after a meeting at the BIA where he went to seek protection:

I: Olje, why are you doing this? You yourself know that it’ll have no effect.

He: I know. I reported it to everyone in Belgrade, Pristina and foreigners. I don’t want them to say – we did not know if something happens. Everybody knows everything.“

Milena Popovic, however, soon denied it. On social networks she uses frequently, she wrote: „Oliver NEVER asked anyone for protection! Not for himself, nor for his family with whom he lived in Kosovo. He spoke publicly about the situation in the field, to everyone, and everyone knows it. He fought sincerely and wholeheartedly for what he believed in! But he never asked anyone for protection and security! I wish he had, maybe he would still be alive today.“

Immediately after the murder, however, several Serbian media reported Popovic’s statement in which she emphasized that she „will not set foot in Kosovska Mitrovica again“, but also:

„I will never set foot in Kosovo again! My son and I are finished with Kosovska Mitrovica, a city of fear, darkness and pain. Our Oliver gave his life to Kosovo and Serb-hood, and when he asked for help, sought protection, no one was there. Now they say that he is a hero, and where were those who are praising him now, when we needed them most?“

„They did everything they could to me, they just didn’t shoot at me. I think it would be wrong“

Ivanovic was killed on January 16th in front of his party’s premises in North Mitrovica. He was the most prominent Kosovo Serb leader in the last 20 years. Ivanovic was a deputy in the Serbian Coalition for return in Kosovo’s transitional institutions and the State Secretary at the Ministry of Kosovo and Metohija of the Government of Serbia. When he was killed he was a member of the Municipal Assembly of North Mitrovica. This MA did not hold a commemorative session. He was buried in the Alley of Meritorious Citizens in Belgrade. Last month a street was named after him in North Mitrovica. Sutjeska Street in which he was killed will not bear his name, neither will some of the central streets or squares in North Mitrovica. Based on the decision of Srpska Lista deputies in the North Mitrovica Municipal Assembly – a side street near the main Ibar Bridge in the Bosniak Mahala will be named after him. The narrow street, right next to the Ibar River, was featured through photographs showing mounds of garbage, and it was renovated before the visit of the Serbian president.

„They did everything they could to me, they just didn’t shoot at me. I think it would be wrong,“ Ivanovic said a few months before he was murdered.