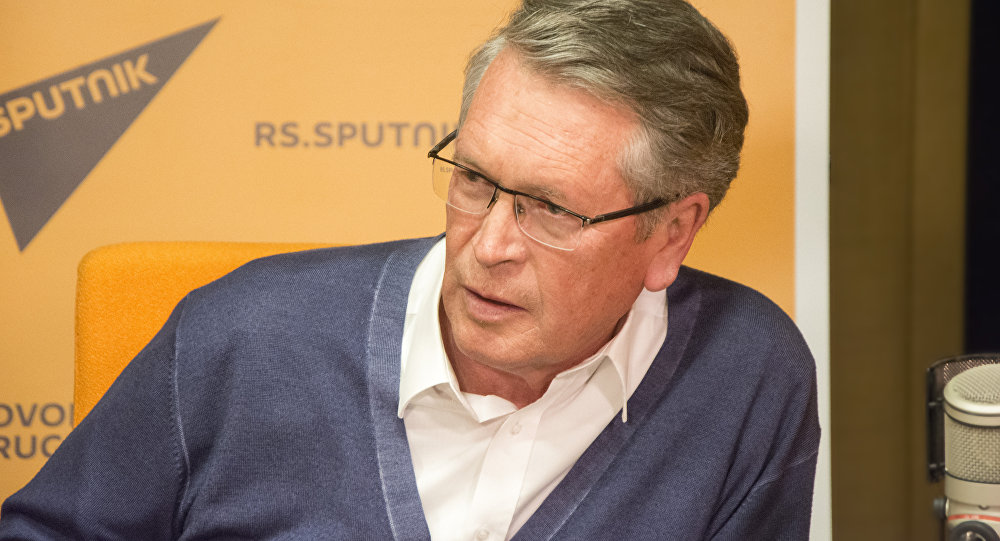 „Following certain media speculations, it remains that one should only advise them to carefully read our statements, and not to deal in empty fabrications with a single desire: to deprive Serbia of Russia’s support. It’s typical fishing in muddy water,“ is how Russian Ambassador Aleksandar Chepurin commented on this week’s media reports on the alleged Russian support for the partition of Kosovo.

Chepurin told Sputnik that „no matter how much they wanted to weaken Serbia, changing its borders and trying to win Kosovo’s recognition through lies and unprecedented pressures“, however, on the Serbian side is „justice and law, as well as the UN Security Council Resolution 1244, which remains in full force“.

„Understanding this fact is the reason for our desire to help Belgrade to search for a just and long-term solution to the Kosovo problem, which Serbs and Albanians are interested in,“ said Chepurin.

According to him, Russia „supported, supports and will support Serbia and the Serbian people,“ and that „no easy task“ will be solved and „what are the compromises possible here – it’s a matter for Serbs and Serbian leadership“.

„Processes in the world and the region have entered into a zone of high turbulence today, and it is time to use a seat belts“ said at the end, the Ambassador of Russia in Belgrade, Sputnik reports.

Aleksandar Chepurin, was asked this week to comment on the statement from the Serbian Foreign Minister Ivica Dacic that Kosovo Albanians would allegedly agree to the partition of Kosovo, since it is „in their interest as well“, he said:

„We respect the position of Serbia so any solution that it considers to be the best for itself, we will support.“

„Whatever is good for Serbia, it’s good for Russia. For Moscow, it’s only important that the solution is in the interest of Serbia. I have no doubt that the Serbian government, President Vucic and Minister Dacic will do what is best for the country, “ he added.

The Belgrade-based daily „Alo!“, which did the interview with Chepurin, claimed that the Ambassador said that Russia would „accept the partition of Kosovo if Serbia considers it as the best solution for itself“.