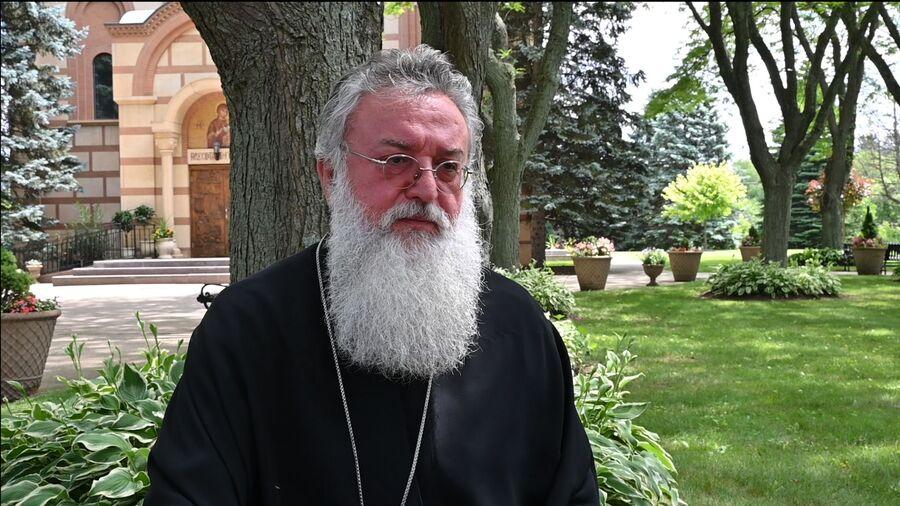 “The issue of Kosovo is a very painful and complicated issue. It is our cancer, which has not been solved for 100 years. And there are also our eternal problems – an international situation that does not work in our favor and our eternal discord. The cleverest people are not heard or are anathematized as soon as they speak up, their thoughts are proclaimed as heresies and betrayals,” Bishop Longin of New Gracanica-Midwest America said in a video interview for the American edition of the “Serbian Times” portal.

Bishop Longin spoke about Kosovo, the Serbs in America, the state of Orthodox churches before the regular church assembly which is planned to be held in America from July 13th to 15th. It was announced that the Serbian Patriarch Irinej will also be attending the assembly.

„I could not give recipes for solving this problem. If I lived there, I might advocate for some things in a greater extent and with more knowledge,“ said Bishop Longin.

He nevertheless reminded of the church’s  anti-partition stance:

„The church is, of course, against the partition because you cannot give away something that belongs to you. Secondly, there are also the holy sites, which, in case of partition, will remain unprotected, because it is assumed that the people living south of Mitrovica would emigrate.“

Bishop Longin, who attended the recently-held SPC Assembly during which the Serbian President Aleksandar Vucic addressed the church leaders, also confirmed – as Bishop Grigorije did previously -that he „did not hear anything new from the Serbian president“ on the Kosovo issue.

“At least not in relation to what I previously heard in the media,” Bishop Longin said, adding:

„He did not offer any solution, and the church repeated and urged not to rush with the solutions. Several bishops have said something in the sense that we need to harmonize the society. That all of us must meet and make decisions together. And not like this, to talk just for appearance’s sake…“

Wise politicians have never tried to place the church under a party tent. The church is a boat that sails in which there is room for all people

When asked if he thinks that the president has a plan on Kosovo, the Bishop replied:

„If he does, I do not know the plan. And we can either believe in or not believe in some of the stories we hear.“

A regular church assembly will be held in this eparchy in the US from July 13th to 15th. The assembly will mark 800 years of the independence of the Serbian Orthodox Church. Patriarch Irinej, as well as all bishops of the Serbian Orthodox Church from the American continent, and several bishops have confirmed that they will be attending the assembly – the “Serbian Times” portal reported.

This assembly is held through regular sessions every five years. This year, however, it will also mark the 800th anniversary of the independence of the SPC.

Recalling that the assemblies are a tradition of the Serbian people at which important issues were once solved and at which people of all classes and standing, political positions gathered, Bishop Longin underlined that „diverse dictatorships, imposing leaders and political parties“ ruined this unity today.

„The Church played a significant role in this gathering because it is not a party, nor a political, but a national and homeland organization. The wise politicians from before, and I hope that there are such present today, never tried to place the church under some kind of a party tent because the church is a sailing boat and has a place for all people if they believe in God and love their own people, if they are ready to sacrifice themselves for unity and harmony. And we need such assemblies, where the people will have the final say. Someone would be the chairman in such situations, but like everyone else, he would have the right to one vote, which was essential to democracy,“ he emphasized.

The Bishop also spoke about the contemporary challenges that the Serbs in America face in terms of preserving their culture and tradition.

Synod of the Serbian Orthodox Church: No recognition and no partition of Kosovo