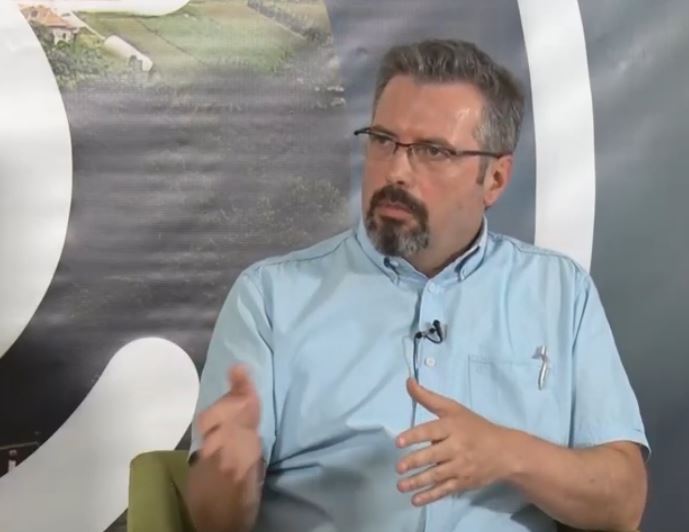 The formation of a new Kosovo government, although overdue, is great news – the editor-in-chief of Koha Ditore newspaper, Agron Bajrami told KoSSev.

„It was high time. The LVV-LDK coalition itself was, of course, expected – in essence,“ Bajrami said, recalling that the people elected this coalition at the elections held on October 6th.

Speaking about the composition of the government itself, the Koha Ditore editor-in-chief estimated that there is “good news” here as well:

“We have a more diverse government – five female ministers, as well as the first woman Speaker of Parliament. Prime Minister Kurti’s speech contained very ambitious plans, I think time will tell if this government can achieve the goals it has set for itself. It will be good for everyone if they manage to accomplish half of what they envisioned.“

According to Bajrami, the Kosovo government formed on Monday is new in the true sense of the word.

„Not only new people but new politics and things being done differently. Not only because Kurti and his party are in power for the first time, but also because they have clear ideas on what they want in many sectors, especially the rule of law, the fight against corruption, economy, health, and education,“ he added.

Radical changes, the unpredictability of the situation is nothing new for Kosovo and the region

Although cautious about predicting the results LVV will achieve in coalition with the LDK, Bajrami nevertheless stressed: „But everything indicates that we will see big changes, I hope – radical changes.“

Bajrami, however, also underlined that „the fact Srpska Lista has a monopoly on representing Serbs in institutions” is a sign that „not everything is great.“ He cautioned that there are several other warning signals:

„On the other hand, we have also seen that the new opposition – the parties that were in power until yesterday – acted very aggressively today, which is a sign that they are sore losers, but also that the relations with the opposition will be very complicated.“

Therefore, tensions between these parties can be expected, Bajrami warned.

„Obviously, all this can have a negative impact and things cannot be predicted. But I think we are all already used to the unpredictability of the situation in Kosovo and in general – in the region. So it’s really nothing new,“ he added.

Although Bajrami stressed that there are other unknowns and it is too early to speculate, he added that the direction in which the new government will go in terms of „the most important processes awaiting Kosovo – from dialogue with Serbia to European integration“ would be visible soon.

„What is certain, with Kurti at the helm of the government, but also with Mrs. Osmani at the helm of parliament, Kosovo will no longer be the same as it has been before!“ Bajrami concluded.

A new Kosovo government – led by Albin Kurti – was formed last night following an hours-long debate in the Kosovo Assembly, as well as nearly four months of coalition negotiations. The new government will be comprised of 15 ministries, six of which will be lead by LVV, six by the LDK, while out of the three ministries intended for minority communities – two will belong to Srpska Lista. SL MPs abstained during the voting on the government, however, they later cast their votes for the president of the Kosovo Assembly. LDK Vice-President, Vjosa Osmani was elected as the new speaker in the new session by 65 out of 67 votes, including the votes of Srpska Lista. While some Pristina politicians and international officials praised the formation of the government and the election of a new Speaker of Parliament, the PDK party harshly criticized the new government, claiming it will depend on Belgrade precisely because of the votes of Srpska Lista.

Emini: New generation of politicians, expectations from government skyrocket, no ideas on broader consensus for dialogue

Vucic: Taxes introduced with the support of a powerful European country...