Almost four months have passed since the murder of Oliver Ivanovic. The killers and those who ordered it still remain unknown; also, to which direction the investigation is moving remains as such. There are no suspects, nor a court process initiated against anyone. But there is something else instead – mutual accusations between Belgrade and Pristina, both claiming that it is the other side that is not cooperating in the ongoing investigation. In the series of issues, additional ones have been set on the agenda. This the story of the alleged satellite footage from the crime scene, claimed by Belgrade to exist, was re-newed. "We did not get the footage" – said the President of Serbia to Belgrade's Kurir paper, accusing Pristina of obstructing the investigation. "I have the same information as disclosed by President Aleksandar Vucic, allegedly, the satellite image does not exist, due to the fog on the day of murder" – said on Tuesday Oliver Ivanović's wife Milena to the same paper,  supporting, thus, the Serbian president's statement carried the day before.

New allegations of non-cooperation between Belgrade and Pristina on the investigation that had been started immediately after the murder, resumed in late April.

"The lack of co-operation with Serbia over Ivanovic's murder hampers efficient investigation to the crime".

"We wanted cooperation with Serbia and the exchange of information, but there was no movement in that direction. We, however, remain determined to finalise the investigation," Haradinaj said, responding to questions from deputies in the Kosovo Assembly.

However, Serbian President Aleksandar Vucic said in a Monday's interview with the Kurir:

"It is indicative that when we asked for satellite images, we were told that it was a foggy and cloudy day. We did not get the images in order to verify it, because we would fix everything with the footage."

Asked to confirm if a satellite shot would resolve the murder, he said:

"Everything is visible on the satellite footage – where are the persons who burned the car, in which direction they escaped … And it's ridiculous that you cannot see this via the footage. And at that very moment allegedly the cameras were turned off but they were turned on and thousands of other things that are weird … Everything was weird from the very beginning, our services have different indications, they are looking for evidence. And I'm sure it's something that cannot remain undiscovered. I want to say to people that everything, from the immediate crime scene investigation, was in the hands of the Albanians, even at the direct order of foreigners. From the beginning to the end. "

He does not claim that "foreign factors" are involved in the murder, but:

"I say they have more knowledge than they would prefer to say."

Only a day after Vucic's claims for the same paper spoke Ivanovic's wife Milena:

"Vučić is right, internationals hide videos of my Oliver's murder!", She supported the claims of the President of Serbia.

"I have the same information that President Aleksandar Vucic disclosed, and that is, that satellite footage allegedly does not exist because that day was foggy" – she said.

"I do not believe it and I do not like it. I wonder – how then in London, where there are 300 foggy days a year, the satellites operate flawlessly, "said Milena Ivanovic for "Kurir".

"I can only guess. But when there is no logic, I do not like the direction in which it all goes. It disturbs me and I'm afraid someone's trying to hide the real truth about Oliver's murder," she added to" Kurir. "

However, Milena Ivanovic, on the day of her husband's murder, according to Belgrade media – stated that "she knew who and what he did".

"This is not going to end well, it's known who and what he did," she said immediately after the assassination.

The investigation was in the meantime conducted by the Special Prosecution of Kosovo taking it over actually from the Basic Prosecutor's Office after an initial unsuccessful two month investigation.

It seems that not much has been done so far: witnesses were questioned and: "It's not time to talk about an investigation", the Prosecutor was reported to say. 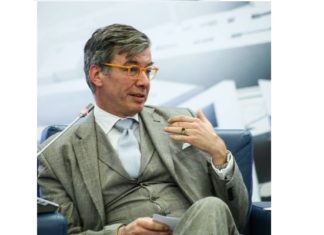