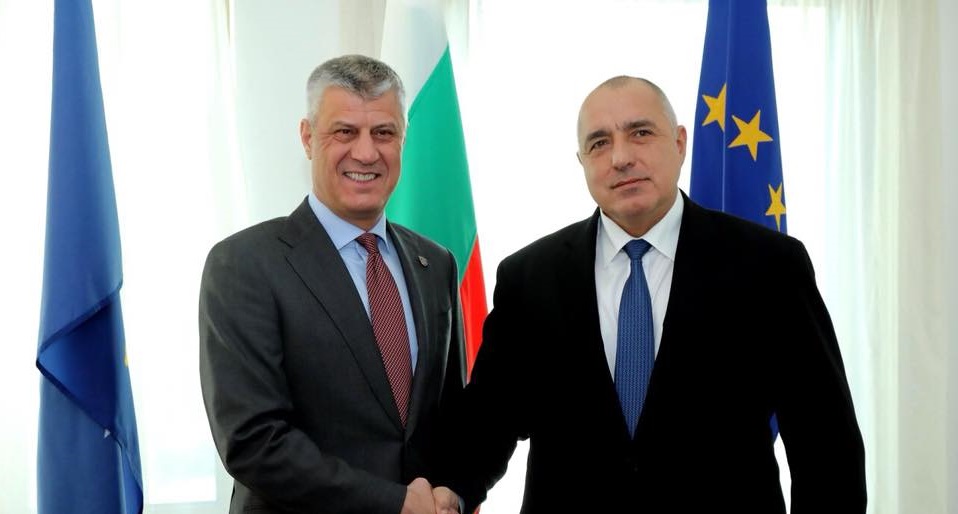 After talking with Serbian President Aleksandar Vucic about the upcoming summit in Sofia, Bulgarian Prime Minister Boyko Borisov talked with Thaci. Borisov talked to Thaci on the phone about the summit, the Kosovo President said.

"The Sofia Summit for Kosovo is a new opportunity to improve relations with the EU," he said via his Facebook page and added:

"We also confirmed that we will meet soon in order to coordinate our bilateral program, but also the Euro-Atlantic agenda."

There is no information in Thaci's announcement, however, whether the two officials discussed Thaci's yesterday's statement that "threats from Serbia" would be answered the same as "19 years ago" – "with guns". The statement was also the reason for Borisov to make a comment to the Serbian president, as Vucic said himself – " I could see you were gritting your teeth, but what came out was good and it was good that you called for peace."