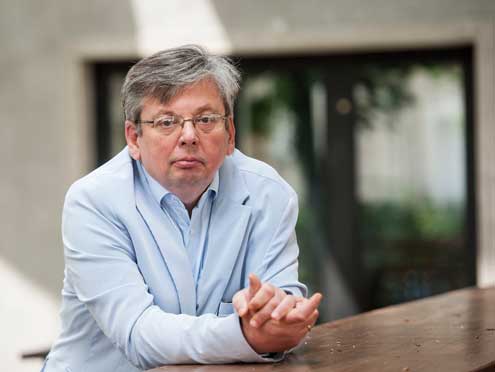 First Murderer: Where is thy conscience now?

Second Murderer: In the Duke of Gloucester’s purse.

First Murderer: So when he opens his purse to give us our reward, thy conscience flies out.

Second Murderer: Let it go; there’s few or none will entertain it.

(William Shakespeare, “The Life and Death of Richard the Third”)

On Tuesday 16th January 2018 Oliver Ivanovic, leader of a small Serbian political party in northern Kosovo*, left his home as he did every morning: shortly after 8 am. Kosovska Mitrovica is not a big town, streets were still pretty empty so local policeman, Dragisa Markovic, noticed him approaching. More or less at the same time, he also saw green Opel Astra, with tinted windows but without license plates, slowly driving down the street. Under normal circumstances, Markovic should stop the car and check the driver; he should also exchange a few words with his neighbour. But, on that particular morning, he did neither but entered into a nearby shop instead.

A minute or so later, when Ivanovic was about to enter his offices, the Opel Astra stopped just behind him. The window opened and co-driver fired six bullets in his back. Policeman Markovic left the shop and slowly walked to the crime scene: just on time to see the green vehicle disappearing and Ivanovic dying.

Exactly a thousand days after that grim morning, this case is still in the middle of nowhere: the Special Prosecution Office of Kosovo* in early December 2019 filed an indictment against six persons (including policeman Markovic) as accomplices in this crime. It also named two controversial Serbian businessmen, Zvonko Veselinovic and Milan Radoicic – both with long and deep criminal links – as „organizers“ of the murder. None of them are, however, available to Kosovo* authorities, so technically they couldn’t be indicted – at this stage at least.

Furthermore, neither the names of the hitman and his driver, nor those of the masterminds are present in this document. The indictment also lacks a clear motive: it does vaguely say that the murder was political, but it fails to identify clear benefactors and establish their links with the local criminal network.

Ivanovic’s murder additionally complicated the political situation in Serbia proper: the opposition relied on the fact that media under the control of Serbian president Aleksandar Vucic were running a savage defamation campaign against the victim for months before the murder – including a brutal allegation that he was „an enemy of the Serbian people“. This logic clearly implied that the regime was somehow connected with this crime – independent media in the meantime published a picture of president’s brother, Andrej Vucic, sitting with Veselinovic at some private party, while Radoicic was seen as a guest attending one of president’s addresses in parliament – but the hypothesis still lacks hard evidence to substantiate the claim.

On the other side, the Serbian regime repeatedly accused certain Albanian politicians (most often Kadri Veseli, former UCK commander and former speaker of the Kosovo* parliament) for masterminding Ivanovic’s murder and even named one Albanian former criminal, Florim Ejupi, as the likely perpetrator.

In the two years that have passed, this unresolved crime apparently became just one more in long chain of events which eventually created two parallel realities, as long as anything in Kosovo* is concerned: Albanian and Serbian. This context, of course, is unhelpful in resolving any criminal case – especially now, when some suspects are being held by Kosovo* authorities and some others were given shelter in Serbia.

An additional important problem was the shy approach of the international community: a lot of people in both the US and the EU somehow believed that – as long as Belgrade and Pristina might reach some political agreement – a low profile should be kept on this sensitive case. Almost as if the resolving of this crime would hamper chances for a political solution?

It was only in October 2019 when the US Embassy in Pristina issued an unusual and short statement: that it is “important to see prosecutors and police partnering to advance the investigation of the murder of Oliver Ivanovic and taking action to provide justice for all citizens”.

However, that statement changed nothing: no EU envoy ever mentioned the need to resolve this crime; no single paragraph in the recent White House – sponsored agreement between Belgrade and Pristina was devoted to it. Was Oliver Ivanovic a sort of Shakespearean victim, sacrificed to the holy “political agreement”? Was the implied amnesty for his murderers a small additional reward for the negotiators? Why was this case so conveniently forgotten afterwards?

The Western Balkans, in general, is not the part of Europe too happy with its judiciaries. The EU put this statement of fact in a very straight manner, by referring to the region as a zone of “captured states”. The European preference for stability at the expense of justice – often quoted as the core of this problem – does not provide prosecutors and judges with sufficient independence for handling politically sensitive cases, sometimes even not simple civil litigations, and certainly not complex criminal investigations.

On the other side, as long as the Ivanovic’s murder remains unresolved, the extremists on both sides will have a convenient scapegoat to avoid any real political engagement and, at the same time, a powerful instrument to intimidate ordinary people:

“If we managed to murder public figure like Ivanovic and walk away unpunished, imagine what we can do to any of you?“

Is there any viable model to resolve this impasse? If history is life’s teacher – as Cicero argued twenty centuries ago – than here one doesn’t need to go more than 15 years into the past. When Lebanese prime minister Rafik Hariri was murdered in Beirut in 2005, the complexity of that crime, the involvement of persons close to Syrian secret services and the exposure of the Lebanese courts to different formal and informal intimidations, forced the international community to establish an international, UN-sponsored, tribunal with a head office in Netherlands.

If the international community really wants to show its commitment to the rule of law, by resolving the crime which leaves a dark shadow over the whole region, than the Lebanese experience needs to repeat itself once again, this time in the Western Balkans.

An international tribunal, established under the auspices of the UN, should be given exclusive jurisdiction in the case of the Oliver Ivanovic’s murder. All ongoing investigations, both Kosovo*- and Serbia-based ones, should be merged under control of an international team of investigators and prosecutors who would submit their findings to an international chamber. Both sides should hand over to the tribunal all relevant evidence, material and intelligence alike, together with all suspects – no matter whether Serbs or Albanians and whether in any political capacity, formal or informal. The side which doesn’t comply should be exposed to UN sanctions.

An impartial, professional and efficient tribunal should be able to resolve this crime in twelve to twenty-four months. A lot of evidence already exists and all suspects are (so far at least) still alive; the witnesses as well. The failure of such an enterprise would be nothing more than just one in a long history of both the Balkans’ failures and the world’s failures in Balkans; its success, however, might be a breakthrough and game changer – in more ways than one.