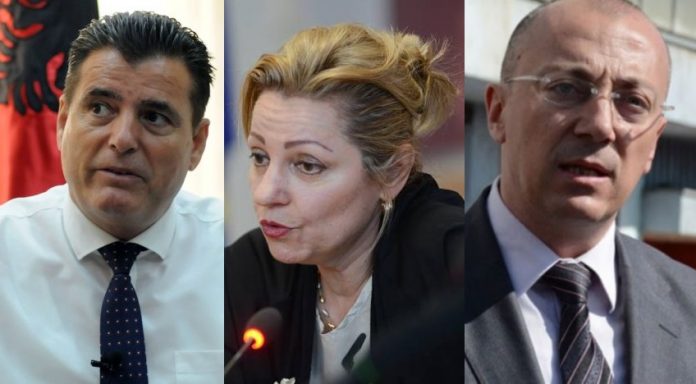 Sooner than tensions around the unannounced visit of Hashim Thaci to Gazivode subsided, there are hints that a new media and political event could be on the horizon.

A peace protest march will be allegedly organised in the middle of next week against the closure of the main bridge in Mitrovica, south Mitrovica-based online news media outlet Veriu-info learned from unnamed sources. The march that will be organised by CSOs and civic activists from south of the Ibar River, is planned to continue over the bridge towards the main street until its final stop – the hospital in North Mitrovica.

The same portal reports on an alleged fight at the EU head Natalya Apostolova’s office earlier this week in Pristina between the two mayors – Goran Rakic and Agim Bahtiri. The mayor of south Mitrovica requested the bridge be finally reopened at the latest by the end of the next week, while Rakic conditioned it by asking to allegedly merge the four Albanian dominant villages in the north of Kosovo to the northern administration, Veriu-info, further reports.

Apostolova requested one more week to decide on the issue.

That a new crisis may follow was announced this morning by the President of Serbia in yet another address to public:

„I’m afraid of their ideas for Kosovska Mitrovica, because we already have indications, obtained through our intelligence, that some would try to cross the bridge in Mitrovica. We are pointing this out to the international community and we will ask that this does not happen,“ Vucic told media in Belgrade.

The President also explained what information is available to Serb representatives, although he did not specify about whom he was talking about. Vucic, however, urged these Serbs to come out and speak for themselves.

„However, whether this will cross their minds (Albanians) and whether they said this to some Serb representatives – let these Serb representatives speak for themselves. One of them says – I wouldn’t do that, but Veseli told me. The other says – I would do it in a different way, it does not interest us. We will talk about this with part of the international community that has an obligation to prevent them from doing such things,” Vucic told media.

The last crisis in the media and amongst the political leadership occurred last week after Kosovo President Hashim Thaci unexpectedly paid a short and swift visit to Gazivode Lake at the same time as the opposition held a protest in Pristina against his policy on ethnic partition, labelled as border correction. In Belgrade, the Serbian leadership increased the army and police combat readiness level, waging a day of intense extra ordinary news and political programmes.