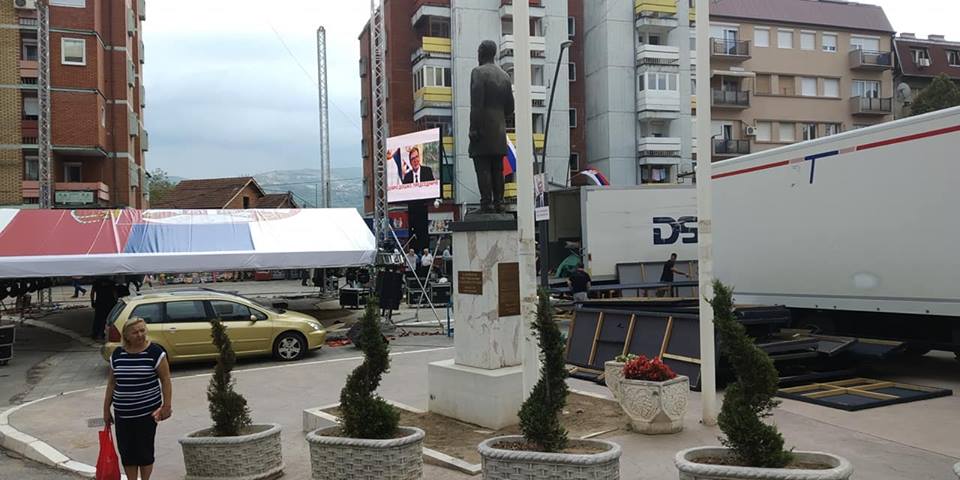 The President of Serbia Aleksandar Vucic will be soon making a two-day visit to Kosovo. The news was confirmed by the President himself at a late press conference on Friday, after the latest series of tensions between Belgrade and Pristina.

Vucic will soon start his visit at Gazivode Lake – today at 02:30 pm, as per the official itinerary. He is also scheduled to visit the Ecology Center and the Red Cross Center in Zubin Potok in the north of Kosovo.

He will also meet with the Kovacevic family in the Ibarsko Postenje village. In Leposavic municipality, in the late afternoon, he is addressing entrepreneurs at the end of a Business Forum, where he will also visit the Agriculture School. His first day visit is ending in Zvecan, where he meets with Kosovo Serb political representatives.

The President of Serbia will address a public rally in downtown North Mitrovica tomorrow. As he himself announced in August, this is going to be his “most important and historic speech”.

A stage is already being built in Sumadija square, in North Mitrovica. 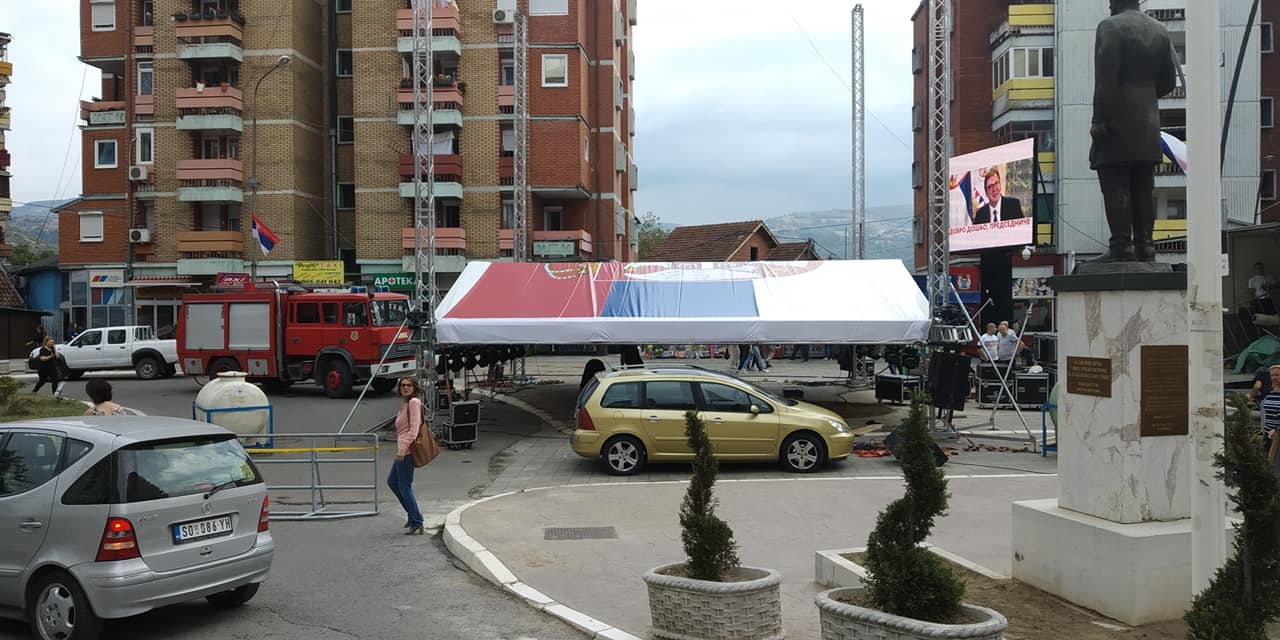 The Presidency has not yet confirmed all the details of tomorrow’s visit, but Vucic is expected to visit the North Mitrovica hospital and Banje village in South Mitrovica.

Vucic was in Brussels yesterday, where he met with the EU High Representative Federica Mogherini, however, as it was officially announced, he did not meet with Kosovo President Hashim Thaci as had been planned.

The Kosovo authorities initially did not allow Vucic to visit Gazivode Lake, which is why he refused to meet with Thaci. However, as the Kosovo media reported in the meantime, this decision was changed at the insistence of US officials.

The pro-governmental media and Serbian officials accused Kosovo Albanians, in the past two days, of „continuously blocking the dialogue“. They also announced the possibility that Vucic could cancel his visit to Kosovo.

In his address to media in front of the EEAS building in Brussels yesterday, the head of Kosovo Office Marko Djuric said that Serbs did not want to see the Albanian delegation any longer. He claimed that Vucic informed Mogherini on „all the lies, deceits and fabrications“ from Pristina officials, without providing any other detail. Djuric accused Pristina of “reluctance, lack of will and the continuing destruction of the dialogue process“. He also accused the EU of „not providing normal conditions for these talks“.

Djuric came again with harsh rhetorics which were followed by the Serb tabloids.

The Serb media earlier claimed Vucic ordered the termination of communication with „any Albanian and international representatives acting in the territory of Kosovo on the occasion of his visit“.

During his address at last night’s press conference, the Serbian President said that he was „hurt by talks that the citizens are being forced to come to the rally“.

„No one has to come, and everybody is welcome, just do not let someone force someone to do it. The people that have said that someone is forcing them – these are members of the highest leadership of political parties who are our opponents, who have long advocated for Kosovo’s independence,“ he said.

Several media reported differently in the past days while collecting testimonies from people who were pressured to attend the rally on Sunday. Most of them, fearing of consequences, spoke on conditions of anonymity.