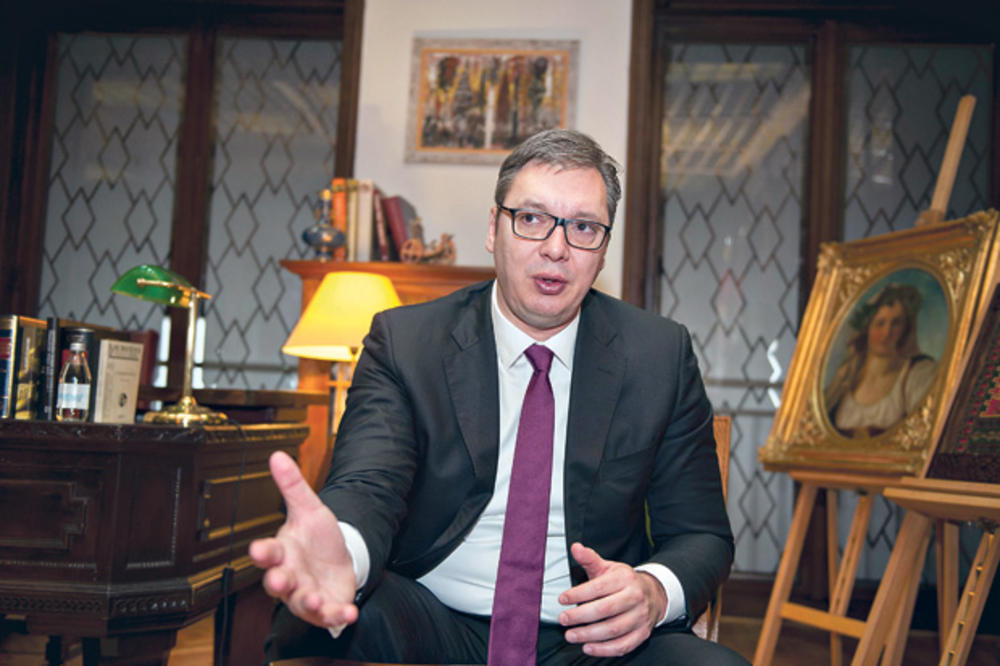 "If  you think that I am ready tomorrow to tell them: 'Here's your independent Kosovo for nothing', then I'm not ready"…"And then – here's the independent Kosovo for something?"… "Well, let's see what's at stake, let's see how much it is and see it territorially and in terms of everything else," this is what the President of Serbia, Aleksandar Vucic said. In an interview with Belgrade based Kurir paper, he talked about the solution for Kosovo. He also spoke about the investigation of the murder of Oliver Ivanovic: "And the hysteria that some Serbs launched, with the support of some embassies, that Serbs must surely be behind the murder, has clearly told us from the very beginning that there are very strange things ongoing". Replying to the question on whether some foreign factors could be then involved, the Serbian president said he "did not claim it" and then added: "But I do claim that they have more knowledge than they would prefer to say. "

"I know, whatever solution there is, this is my end in politics. The Serbs are as such, and Serbs will never forgive me for their better future and peace, as in Serbia, only defeats and wars are celebrated," Vucic continued, referring to Kosovo.

Reminded of his earlier assessment in the Guardian that a legally binding agreement would be signed in six months to a year, Vucic reconfirmed it:

"I hope that the policy of tackling our troubles is our only policy. That is the difference," Vucic replied, reminding us in his large response of the floods, the "ruined energy sector", the adoption of a new labor law, a reduction in salaries and pensions, but also this year's salary increase for police, soldiers and health workers by 20 percent.