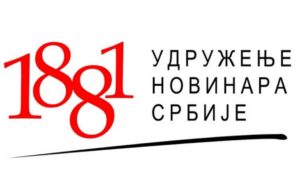 The Journalists ‘Association of Serbia (UNS) and its Kosovo branch strongly condemned the reports of RTK, Telegrafi, Botasot and Kosovarja and other media outlets reporting in the Albanian language which alleged that the Serbian Orthodox Church in Pristina is „fighting against COVID-19 by using an unconfirmed Russian model”.

Several Pristina media outlets recently published the same text which said that high-intensity bells have been ringing at the St. Nicholas Church in Pristina for several days – after which the alleged security expert Agim Musliu claimed that it was a „primitive and provocative Russian method aimed at combating the coronavirus.“

The Diocese of Raska-Prizren reacted afterwards, saying that bells were ringing across Europe and that it is regulated by Kosovo law. The Diocese described the article as unprofessional journalism and a dangerous drawing of a target on the SOC.

Last month, the Diocese of Raska-Prizren issued instructions and advice to believers and priests regarding how to exercise of their religious needs and the way churches and monasteries should function during the pandemic. One of the new measures read that church bells will ring every two hours between 8 am and 8 pm until the end of the pandemic.

„UNS and the UNS in Kosovo strongly condemn the abuse of the difficult health situation caused by the pandemic and demand that Albanian-language media urgently apologize to the Serbian Orthodox Church for this misinformation that could cause grave consequences and endanger the security of people and property,“ the UNS wrote in a statement.

Publishing falsehoods and misinformation in the field of conspiracy theory is particularly unacceptable for RTK, UNS argued, adding that this media outlet directly contributed to the pogrom on March 17th, 2004, by publishing unconfirmed news.

„Therefore, it is unfathomable that after so much time, professional training and invested resources from the international community, this public service is broadcasting falsehoods that can again provoke attacks on the Serb community and its heritage,“ they concluded.

These associations seek an immediate response from professional journalists’ associations, the Press Council of Kosovo, OSCE, UNMIK, representatives of the European Union, foreign diplomatic missions in Pristina, and local institutions.

„We demand that the stigmatization and media lynching of the remaining Serbs living in majority Albanian areas be stopped. Such accusations are inherent only in totalitarian societies that have condemned entire communities, persecuting them and placing them in ghettos.“

UNS and its Kosovo branch are also requesting that RTK and all portals publish a retraction – in the same term and degree with which this fake news was published.