Despite 16 cameras on the surrounding buildings, the only thing we know about the murder of Oliver Ivanovic is the same thing we knew on that first day – he was shot dead with six bullets from the back. We do not even know where the footage from those security cameras is.

The Kosovo Prosecution claims that the cameras on Ivanovic’s party premises were not working and that they were turned on within minutes of the murder. Ivanovic’s associates dispute this.

Ksenija Bozovic, a Civic Initiative “Freedom-Democracy-Justice” official and one of the closest associates of the assassinated Oliver Ivanovic, told Insajder that Ivanovic would never allow for the cameras to stop functioning.

„Oliver was there and would never let the cameras stop functioning for 12 days. His workday began with him drinking his coffee and turning on those cameras on his computer,” Bozovic said.

Ivanovic regularly reviewed the footage because he was targeted on several occasions.

He was assassinated on January 16th of last year. Belgrade claims that it was done by Albanians. Pristina claims that the investigation leads to northern Kosovo and that his killer is in Belgrade.

As part of an investigation by the Kosovo Prosecution, Nedeljko Spasojevic, the chief investigator of the North Mitrovica Kosovo police, and Marko Rosic, have been in custody for a year. Spasojevic is suspected of aiding the perpetrator by helping him escape from the crime scene in an official police vehicle, while Rosic is suspected because of a note found in Ivanovic’s pocket containing a license plate number of a jeep owned by his family.

Three months later, Dragisa Markovic, one of the two police officers who was the first to come to the scene, was released from custody. According to the prosecution, he leaked information from the investigation to someone from the Serbian MIA. Markovic did not agree to an interview with Insajder, and his lawyer Dejan Vasic says Markovic only called an ambulance.

„When they found Oliver there was no blood, he thought that he had a heart attack, that he was sick … it was only later revealed when his body was transferred to the hospital that he was actually shot,“ Vasic said.

When asked by an Insajder reporter how it is possible not to see six bullets, Vasic replied that he does not know but that he believes his client.

Kosovo Police Chief for the region North, Zeljko Bojic, as well as Srpska Lista Vice-President, Milan Radoicic, avoided arrest. So far, the Kosovo prosecutor’s office did not reveal on what evidence Radoicic is being suspected.

He is staying in Belgrade with no concerns because, as officials explained, he proved that he was not guilty by passing a polygraph test. Radoicic refuses to speak to the media. He reacted with a written statement.

„I was not a close friend to Oliver Ivanovic, but I am not a murderer and I have nothing to do with the murder,“ Radoicic wrote.

Oliver Ivanovic’s brother and a judge in retirement, Miroslav Ivanovic spoke to Insajder about the power Radoicic wields in the north of Kosovo.

„In the north, you have a man sitting in his cafe where all the leaders, all the figures in functions, have to come to that café during the day and report to him as if he were a don, to tell him what they are doing, how they are doing it or to seek approval to do something. That’s the atmosphere of fear Oliver was talking about,“ said Miroslav Ivanovic.

Belgrade says that the accusations of Pristina are lies, claiming that they also know the name of the killer but cannot prove it because Pristina is not delivering evidence to them.

The lawyer of the assassinated Ivanovic, Nebojsa Vlajic told Insajder that until everything is announced, both sides will hide what they know.

„All this time without an indictment is unacceptably long, and it is used for various speculations, and you have similar stories on both sides,“ Vlajic pointed out.

The first concrete information on the case could be expected only if the Kosovo prosecutor, as he announced, indicts the suspects who have been in custody for a year now. 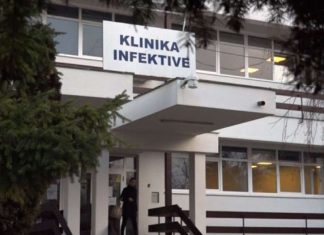