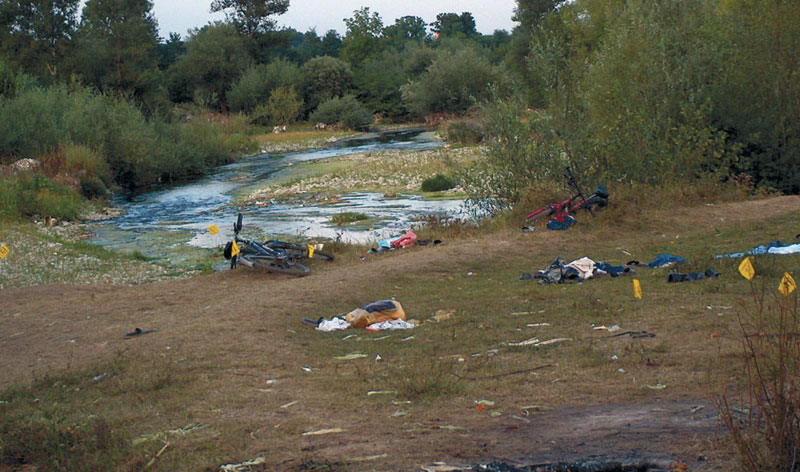 The news has been updated

Today marks the 17th anniversary of the killings of Serb children in Gorazdevac. Two children were shot dead and four were badly wounded when unknown attackers opened fire with an automatic weapon on youths who were bathing in the Bistrica river during summer vacation. To this day, the perpetrators have not been found and the investigation was shelved 10 years ago.

In an armed attack which took place on August 13th, 2003, on the bank of the Bistrica, near Gorazdevac, Ivan Jovovic (19) was killed on the spot. Pantelija Dakic (12) succumbed to his injuries in the Pec/Peja hospital. Bogdan Bukumiric (14), Djordje Ugrenovic (20), Marko Bogicevic (12), and Dragana Srbljak (13) were badly injured. Bukumiric, who sustained the most severe injuries, was transferred to the French hospital in South Mitrovica. On the way to the hospital, the ambulance was also attacked. After the first operation, Bukumiric, showing no signs of life, was urgently transferred to another hospital, in North Mitrovica, and then transported by helicopter to the Military Medical Academy in Belgrade, where he spent six days in a coma, undergoing four difficult operations.

Seventeen years later, the killers have still not been found, while the Kosovo Special Prosecutor’s Office and EULEX shelved the investigation in 2010 alleging that it „did not lead to concrete results or potential suspects.“

As in previous years, a memorial service for Ivan and Pantelija will be held today at the Gorazdevac cemetery and the Temple of the Holy Virgin.

The memorial service will be served by the priest Nenad Naspalic.

Two armed attacks also took place in Gorazdevac in 2015 – on July 9th and December 7th. There were no casualties, while the monument to the victims of the NATO bombing and the children killed in Bistrica, located in the center of Gorazdevac, was set on fire and demolished. The December attack was condemned by Serb, international and Kosovo officials.

In February 2016, a restored monument to the victims of the NATO bombing and two boys who died in Bistrica river attack was erected in Gorazdevac, which was destroyed in an attack in early December 2015. As RTS reported at the time, the monument was renovated by the Kosovo Office.

Djuric: Shutting down the investigation into the murder of two boys is a sin against humanity

The head of the Kosovo Office, Marko Djuric reacted on the 17th anniversary of the crime on the Bistrica, expressing his sympathy with the residents of Gorazdevac whose children were shot at, but also admiration for „surviving in their homes despite the tragic loss and daily sufferings.“

„Serb children have perished as victims to the crazy ideology of hatred, which is not directed toward anyone in particular, but toward an entire nation, its culture and duration,“ Djuric emphasized.

He also spoke about the „failure of the international judiciary in Kosovo,“ pointing out that „it did not shed light on any of the crimes committed against the Serb population after 2000.“

„By shutting down the investigation into the killings of our children and the martyrdom of many of our compatriots in Kosovo, a sin was committed against humanity,“ concluded Djuric.

SDP: A crime without a statute of limitations

The Civic Initiative “Sloboda, demokratija, pravda” also reacted on the occasion of the anniversary of the murders in Gorazdevac.

After so many years, this case has still not been resolved and the killers have not been brought to justice, this civic initiative stressed. The SDP urged the police, the prosecution, EULEX, and other international organizations to step up their efforts to resolve this case, as this is a crime without a statute of limitations, a crime which will not be forgotten and one that demands justice.

Jevtic: Who sullied the Bistrica near Gorazdevac with the blood of murdered innocent children

In the meantime, the Kosovo Minister for Communities and Returns, Dalibor Jevtic also reacted. „Only a man with a twisted mind could sneakily shoot at Serbian children while they were playing and swimming in the river. That is why the murder of innocent children is a monstrous crime that must not go unpunished,“ he said in a statement, urging the international community to do more in ensuring that the perpetrators are adequately punished. 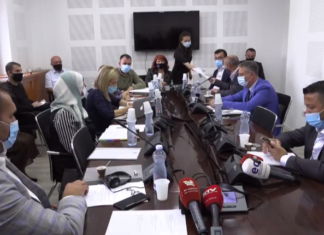