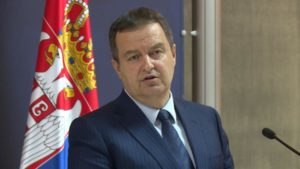 The head of Serbian diplomacy Ivica Dacic does not see a better solution to the issue of Kosovo than the partition – he said on Monday from the Pink TV studio, explaining that the „long-term problem“ is that „there is a danger of a military attack“ in the north of Kosovo. „This is one of the proposals – I have said that a long time ago. I do not see a better solution,“ Dacic said.

He emphasized that the proposal in Serbia is that there is no partition of Kosovo, it is better for Kosovo to remain uniform, even if it is independent. „Let us ask the Serbs in the North what they think about this? What does a Serb from Lesak and Socanica want – where my ancestors are from? Does it matter now?“ he said and explained that the solution was that the north of Kosovo, but also some other parts, where it is possible are territorially connected with central Serbia.

„I really do not see a better solution, unless someone thinks that the solution will arrive if, by some miracle, the national structure of Kacanik, Glogovac or Urosevac changes,“ he claimed.

Dacic said that „nothing has been agreed upon“.

„You see what Thaci is saying, he wants to join Medvedja, Bujanovac and Presevo (to Kosovo), which will not happen,“ he said, adding, „This is why we have the expression ‘No way, Jose’.“

The Head of Serbian diplomacy has repeatedly stated that partition is a good solution, and that, without their “mentors” the Albanians would agree to it. In addition to the partition, Dacic previously stated that the „demarcation“ into „Serbian and Albanian (parts)“ is also a solution. The same view was conveyed by the Minister of Defense, Aleksandar Vulin. 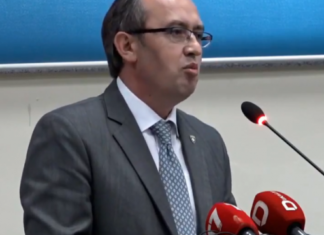