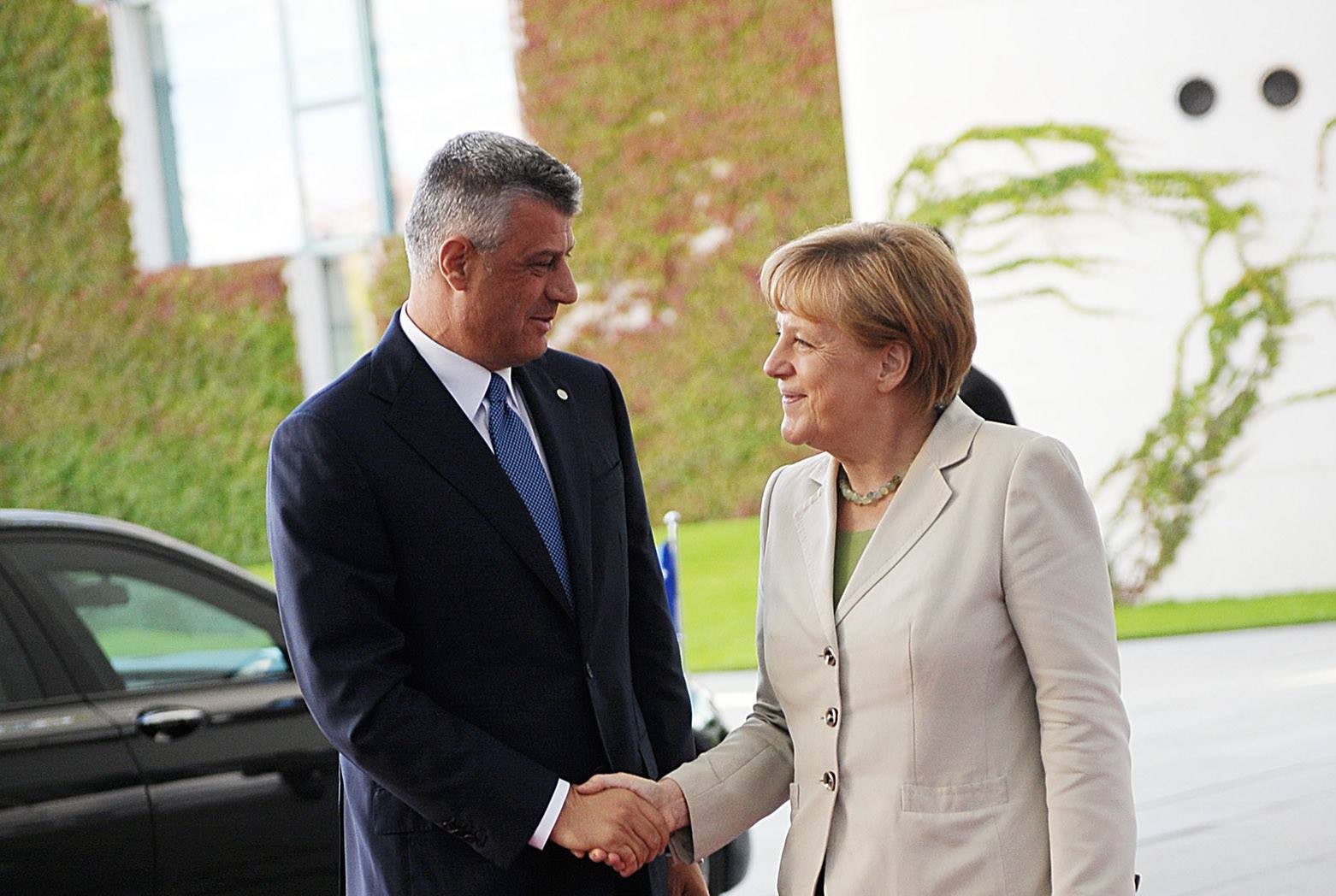 Support for "strengthening the international subjectivity of Kosovo", "dynamizing the European perspective" and "the last phase of the dialogue on the normalization of relations between Kosovo and Serbia" – will be demanded by Kosovo President Hashim Thaci from the German Chancellor, Angela Merkel, it was reported today from his cabinet.

Thaci has already arrived in Germany, he confirmed on his Facebook Page.

"With Chancellor Merkel I will talk tomorrow about the progress of bilateral relations, the European perspective and the dialogue with Serbia, and their role in these processes is crucial, and Kosovo will be responsible for the process of reforming and implementing international obligations,"  wrote Thaci.

That Merkel will be meeting Thaci tomorrow afternoon in Berlin was confirmed from Merkel's cabinet. They will discuss "bilateral relations" and "regional issues".

Thaci will also hold a lecture at the German Council on international relations this evening. The panel will also be attended by the former German ambassador, Wolfgang Ischinger.