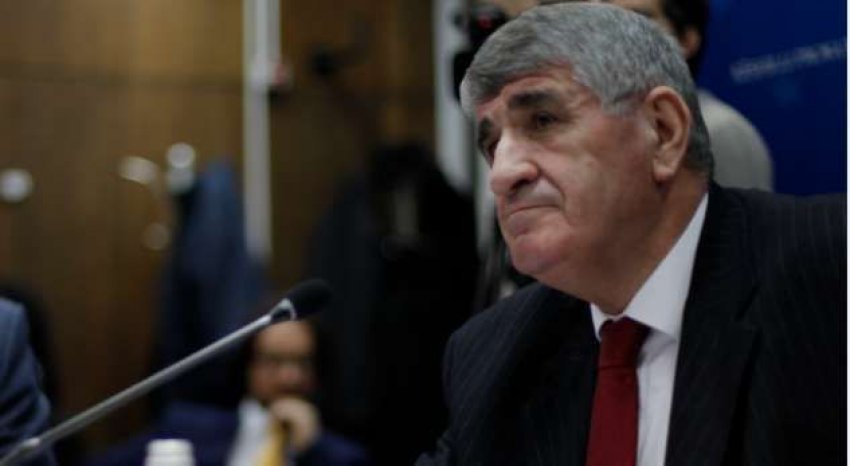 „Those are political statements, I do not have such information,“ a Kosovo Special Prosecutor in the investigation of Oliver Ivanovic’s murder, Sylë Hoxha told KoSSev tonight, following a series of mutual accusations between Belgrade and Pristina regarding who are the perpetrators and instigators of the murder of this Kosovo Serb politician. Hoxha also called on them to report any information they may have.

When KoSSev spoke to Hoxha, he had not yet heard the latest statement by the Kosovo Minister of Justice, Abelard Tahiri, but he was familiar with the earlier statements made by officials from Pristina and Belgrade.

When asked to comment on specific accusations which arrived from Pristina and Belgrade, Hoxha replied: „These are political statements and I do not deal with that.“

Tomorrow marks the 14-month anniversary since Ivanovic’s murder. When asked about the investigation, Hoxha reiterated his earlier statement that the proceedings are being conducted against four people, two of whom are in custody (police officer Nedeljko Spasojevic and Marko Rosic), one released from custody (police officer Dragisa Markovic) and one at large (the arrest was avoided by the Vice-President of Srpska Lista, Milan Radoicic). He stressed that although he is gathering evidence there is still not enough of it to issue an indictment.

The latest wave of mutual accusations with concrete names of instigators and perpetrators of the murder of the Kosovo Serb leader was initiated last night during the Kosovo President’s, Hashim Thaci’s guest appearanceat the „Zona B“ show on Klan Kosova TV.

“The mafia boss in the north, Milan Radoicic is standing behind the assassination of the former Serbian leader Oliver Ivanovic,“ Thaci said yesterday, adding that “all indicators of the investigation lead to the fact that the current government in Belgrade ordered the murder of Ivanovic.”

The head of the Kosovo Office, Marko Djuric reacted this morning to Thaci’s claims. Djuric wrote in a statement that „investigative authorities will soon be able to provide more information on this case“, while also listing the names of persons suspected of being involved in the murder of Oliver Ivanovic – „We are increasingly certain that Thaci, Veseli and the Kosovo authorities stand directly behind the murder of Oliver Ivanovic“.

The accusations were also made by both the Kosovo and Serb Minister of Justice.

Kosovo Minister of Justice, Abelard Tahiri directly accused Serbian President Aleksandar Vucic by labeling him as the instigator of this murder.

The legal cooperation between Belgrade and Pristina regarding the case of the murder of Oliver Ivanovic „was stuck at the very moment when all reasonable doubts led to Milan Radoicic as the main suspect for the lethal assassination“.

„Instead of co-operation and being placed before the law as the main suspect, he was granted amnesty by President Aleksandar Vucic. There is not a single rational explanation other than the fact that there is a relationship of an instigator and a perpetrator between Vucic and Radoicic,“ Tahiri wrote on his Facebook page.

„The Serbian authorities did not and will not hide and conceal criminals and murderers, as the confirmed criminals – KLA members, like Thaci, Haradinaj and Veseli are doing, while dressed in the garments of so-called Kosovo politicians,“ the Serbian Minister of Justice, Nela Kuburovic reacted tonight to Tahiri’s accusations.

„The so-called Kosovo authorities did not provide any request to Belgrade for information regarding the alleged investigation against Milan Radoicic, which shows the legal and factual merits of their charges,“ she wrote in a short statement.

Oliver Ivanovic was one of the most prominent Serbian politicians from Kosovo. He was killed on January 16th last year, in the morning, in front of the premises of the office where he worked for nearly two decades. The killers and the instigators remain unknown to date. Belgrade and Pristina are conducting two separate investigations.