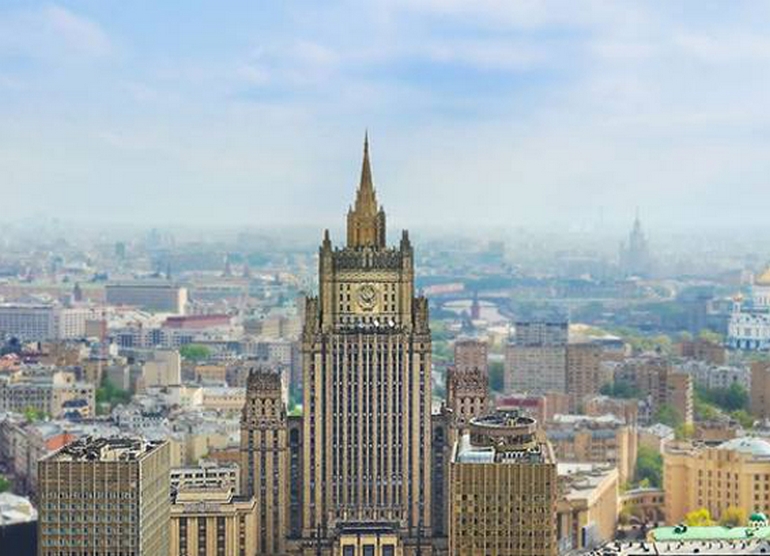 The post-election chaos and the struggle for power continue in Kosovo, the Russian Ministry of Foreign Affairs assessed today, describing the victory of the Self-Determination party as a victory of „nationalists with radical views“. Plans to create a Kosovo army pose a serious threat to regional security, the Russian MFA warned. The ministry also briefly spoke about Bondsteel and the Special Court in Hague.

Currently, there is no address from the Kosovo side which has a mandate to continue the dialogue with Belgrade – the Russian Ministry of Foreign Affairs shared its view on the current situation in the Serbian-Albanian dialogue.

„Dialogue under the auspices of the European Union has not been functioning for a long time. The EU’s potential for mediation is largely devalued. Brussels has long been unable to influence Kosovars and force them to take a reasonably constructive approach in negotiations with Serbia,“ the ministry underlined.

“This can be seen from the example of the100% still valid anti-Serb discriminatory duties imposed by the Kosovo authorities in November 2018. In addition, since April 2013, Pristina has been sabotaging the fulfillment of the obligations undertaken by the EU related to the establishment of a fully-fledged community of Association of Serb municipalities, endowed with significant executive powers to ensure the interests of Kosovo Serbs.”

„Given the radical views of the nationalists who won the October elections, the negotiation climate is unlikely to improve,” they added.

According to the Russian government, plans to transform Kosovo’s security forces into an army are also a threat, particularly for regional safety.

“We believe that the plans to create a ‘Kosovo army’ – supported by leading NATO countries – poses a serious threat to regional security. This is a gross violation of the provisions of UN Security Council Resolution 1244, which requires the demilitarization of any armed groups of Kosovo Albanians, allowing the presence of exclusively multinational contingents in Kosovo.”

While the US and Western European countries claim that the so-called Russian humanitarian centre in Nis is a secret Russian military base, Russia presented similar allegations about Bondsteel.

The Russian MFA expressed expectation that the Hague tribunal, which is „investigating KLA crimes,“ will soon start with „the real work.“

„Everyone guilty of serious crimes (including murder for the purpose of organ harvesting), as revealed by Council of Europe rapporteur D. Marty in the past, must face justice and be punished with an appropriate sentence – regardless of their current position.“

The Russian MFA said they would continue to draw their Western partners’ attention to the „clouded activity at the Bondsteel military base,“ to which forces were once deployed „as part of peacekeeping activities to implement UN Security Council Resolution 1244.” However, they add, it has now „formally and actually become an American facility.“

Finally, the Russian Foreign Ministry reiterated its earlier position on Kosovo’s future:
„Russia’s position on Kosovo is well known. We support a sustainable and mutually acceptable solution for Belgrade and Pristina under UNSCR 1244. It must comply with international law and obtain the approval of the UN Security Council, as it concerns international peace and security.“

This ministry said it would support their partners from Serbia in reaching a decision that is suitable for „the Serbs themselves“.