Rakic ​​revealed that SL representatives asked Vucic to provide financial assistance to Kosovo Serbs today, while also noting that this matter will be decided at the next meeting scheduled to take place in 10 days.

„Today, we asked the president for economic assistance, and in the next 10 days we will have another meeting with Vucic, where every Serb will receive financial support,“ SL chief said, highlighting that this will not be only one-time assistance.

„By economic support, I do not mean one-time assistance, but every Serb living in Kosovo who does not have a steady income will be supported.“

In addition to the economic situation, Rakic reveals, the political and security situation, as well as the ongoing Brussels dialogue, were discussed during today’s meeting.

When it comes to dialogue, i.e. finding a compromise solution with Pristina, the question remains as to how sincere the other side actually is – he adds.

According to Rakic, Vucic assured him that he would continue to fight for dialogue, because „when there is no dialogue, there are problems on the ground.“

„The question remains as to how sincere the other side is in all this, but we have received firm guarantees and assurances from President Vucic that he will continue to fight for the people in Kosovo and the dialogue because when there is no dialogue, there are problems on the ground, Serb property is attacked, churches are attacked, and Serbs are physically attacked simply for being Serbs,“ he said.

The members of the presidency of Srpska Lista, including the Vice-President of this party, Milan Radoicic, as well as candidates for mayors in the upcoming local elections in Kosovo, met with the President of Serbia in Belgrade today.

In the meantime, the Kosovo Office announced that the SL representatives also notified the President about Pristina’s violation of the agreements on energy and justice.

They also expressed concern over, as this Office wrote in a statement, Pristina’s announcement that it will abandon the license plates agreement with Serbia and introduce reciprocity for Serbian license plates. 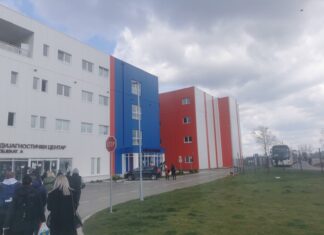