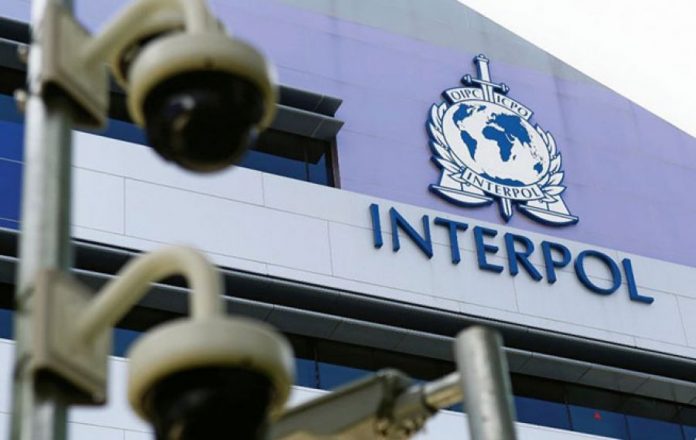 The Government of Kosovo said on Tuesday it is deeply discontented with its failure to join INTERPOL, blaming the result at the General Assembly Dubai meeting on “Serbia’s wild campaign” against its membership.

„This is the success of a small, defiant, and proud country, but a country that should not base its future on defiance and spite, but on a rational approach,“ Serbian President Aleksandar Vucic said during an extraordinary joint press conference with the Minister of Foreign Affairs, Ivica Dacic. Read more in Kosovo fail to enter INTERPOL for the fourth time

After the second round of voting, Kosovo was short of the two-thirds majority of the present INTERPOL member countries needed to become a part of the international police organisation, with 68 states pro-Kosovo’s membership, 51 against and 16 abstaining.

“With its wild campaign Serbia once again shows its stance against Kosovo and the idea of a normalisation of relations,” the Government said in a statement.

It added that the voting against Kosovo’s membership was in favour of crimes and criminals and thus no one should be happy with the decision.

Ahead of the Dubai meeting, Belgrade often accused the Western countries of lobbying for Kosovo’s Interpol membership, and for putting pressure on some states, especially a number of African countries.

The Government thanked “every country which voted in favour of Kosovo’s membership and those who tried to help Pristina during this important process”.

The statement added Kosovo would continue to consolidate its institutions and would become an Interpol member soon.

The U.S. Embassy in Pristina and the British Embassy also expressed regret at the outcome of the vote on the Kosovo bid.

The U.S. Embassy in Pristina insisted, the accession to INTERPOL was a technical, not political issue, underlining that the Kosovo police is an integrated, capable institution.

“The Kosovo Police is a fully integrated and capable institution, with a demonstrated record of helping dismantle international terrorist, cybercriminal, narcotics, arms, and human smuggling networks.  A majority of countries saw this and supported Kosovo’s application to join INTERPOL, in the face of a campaign, led by Serbia, to pressure countries to oppose Kosovo’s bid. Support for Kosovo’s INTERPOL membership was never about recognition of Kosovo’s independence, but about strengthening global law enforcement cooperation and closing a critical security gap in the Balkans. With this outcome, we all lose,” the statement reads.

They called, once again for the continuation of the dialogue.

“Now more than ever, both parties should accelerate their efforts to reach agreement on full normalization, which is the only way for both countries to advance on their EU accession paths.”

The British Embassy in Pristina stated that the outcome impaired global security.

“The UK is disappointed that Kosovo’s Interpol membership application was unsuccessful in Dubai today. Kosovo worked hard to make the case for its membership to Interpol member countries. Kosovo’s membership of Interpol would enable better information sharing between law enforcement agencies, particularly in the Western Balkans region, and would improve European and global security.”

The US ambassador to Serbia said on Tuesday it was “a pity” that Kosovo had not been accepted into INTERPOL, adding the outcome of the vote was the result of pressure by Serbia which fought for its views, the Belgrade-based news agencies reported.

Ambassador Kyle Scott told reporters in Belgrade that Kosovo had more votes for its Interpol membership, but that the rules demanded the two-thirds majority.

“As far as I’m concerned, it a pity for police because INTERPOL is the police organisation, it’s not an international organisation of countries. That means it will be more difficult for Kosovo to get an international warrant from Interpol. Considering that the police cooperation between Serbia and Kosovo is crucial, that (the decision) is damaging in the end,” Scott told the FoNet news agency.

Asked about how the decision from Dubai could affect the regional security, Scott said that at present, “the best cooperation in the region is among criminal organisations,” and that “the fight against crime would have been better if police cooperated better.”

On the other hand, Russian Ambassador to Belgrade Aleksandar Chepurin congratulated Serbia’s Interior Minister Nebojsa Stefanovic “both on his birthday and an excellent job in Dubai. The celebration and the victory go along very well,” he said.

The opposition Vetevendosje demanded resignations of top officials in Pristina

A statement issued by Vetevendosje said that Kosovo’s parliament should immediately impeach President Hashim Thaci and impose full economic and trade reciprocity against Serbia. The movement said that Prime Minister Ramush Haradinaj and Foreign Minister Behgjet Pacolli should also be removed from their posts.

“The only way that they can help Kosovo is by resigning. A large majority of the citizens would be pleased to hear that Thaci, Haradinaj and Pacolli resigned,” the statement said.

It added that “thousands of Serbian war criminals are celebrating” the decision not to grant Kosovo membership in INTERPOL.

Kosovo fail to enter INTERPOL for the fourth time

Kosovo failed to enter INTERPOL for the fourth time. The General Assembly of INTERPOL in Dubai admitted Kiribati and Vanuatu as new members of the organization. INTERPOL now has 194 member states, without Kosovo, which has been actively lobbying for membership since 2015 and with the support of most Western countries.

The cooperation between INTERPOL and Kosovo is being carried out through UNMIK, through which the wanted lists for Kosovo citizens are also issued, based on a memorandum with INTERPOL, which was signed in 2002. This cooperation was criticized in Pristina for being slow in the processing and exchange of information.

Kosovo’s attempt to join INTERPOL failed in 2016 – at the annual meeting in Indonesia, along with an attempt by Palestine and Solomon Islands. During a meeting of the General Assembly of INTERPOL in China in September 2017, Kosovo decided to withdraw its candidacy. In November last year, the General Assembly postponed the discussion until the end of a study on membership.