The Assembly of Kosovo adopted a resolution on „genocide, crimes against humanity and war crimes of the former regime of the Serbian state committed in Kosovo“ yesterday. The headlines of Kosovo media, however, were marked with a photo of a scene of an alleged group rape, which Kosovo MP Flora Brovina showed to the media in the assembly, emphasizing that it shows an Albanian woman being raped by Serb forces in the presence of members of her family. Kosovo media published it immediately without any censorship. By the end of the day it appeared that the disturbing photo comes from a pornographic movie. 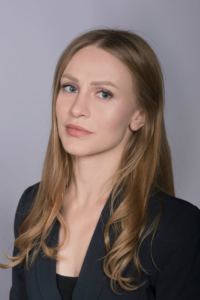 The aim and message of this resolution were clear from the very beginning of the session, in the introductory speech, says Hajdari:

„For the Kosovo Assembly to confront Serbia with the fact that it committed genocide in Kosovo – I am quoting what was said in the assembly“ – Hajdari told KoSSev.

She explained that the Assembly’s role is not to propose such resolutions, which are invalidating all legal processes that could lead to a valid judicial decision eventually.

„This is being done solely to receive internal, local political points, at a time when the PDK has much less support and when the whole story about the Special Court is heating up,“ said Hajdari, adding that it is very indicative that the so-called resolution on genocide is a proposal by Kadri Veseli, a member of PDK party.

Hajdari also recalled that this party emphasized earlier that it plays a decisive role in the creation of some sort of peace and stability in Kosovo. However, in her words, they did so in „the least constructive way possible.“

„They always claimed that they are the party which is spearheading everything. A party that guarantees stability. A party that cooperates with international organizations, and this should be indicative to the people, that out of all parties, the PDK is the one suggesting it because they want to take over the debate about war crimes again, just as they took over all debates about the Kosovo war, the conflict in Kosovo, the independence of Kosovo, because they were in power when independence was declared, they again want to take over the mandate to discuss war crimes, even though they were not the only party concerned,“ explained Hajdari.

„It’s okay to condemn war crimes, but calling it genocide is disrespecting what happened, the real tragedies that took place and the suffering that took place in Kosovo. The whole world laughed at the Kosovo Assembly today, however, it’s also a matter of contempt for all true genocides, genocides that have a judicial epilogue, which were confirmed as such by law, and in no other way,“ she added, emphasizing that the fact not a single embassy nor the international community have reacted to this issue shows that they are aware that Veseli is only doing this to gain personal political points.

The Kosovo media reported yesterday that the parliamentary debate was marked by a photograph with disturbing content – which allegedly shows a group rape of an Albanian woman by Serbian forces. The members of her family, kneeling with arms tied behind their back, can be seen in the background – the PDK deputy Flora Brovina said while showing the photograph to the media in the assembly.

Despite containing disturbing content, the photo was published by numerous Kosovo media with no warnings of its disturbing content and without blurring the photo. In addition, these media reported that the victim is alive and ready to testify.

Brovina was immediately harshly criticized for showing the photo. The Kosovo Women’s Network said that she violated the principle of the dignity of victims. A MP from the ranks of Self-determination, Saranda Bogujevci also reacted, emphasizing that the family is upset and that the photo should not have been published. In the meantime, the Kosovo media blurred previously published photos, while some media outlets completely removed them.

Certain media also published another photograph of the alleged murder of an Albanian child, who was also allegedly sexually abused.

The Pristina-based Insajderi newspaper, one of the media outlets which published the photo, also published an article titled „The photo released by PDK MP today is on a pornographic site in Iraq.“ They wrote that an identical photo was found on a pornographic site from Iraq, and that they unsuccessfully tried to contact Brovina. Insajderi published then the same photo with blurred parts and with an inscription „US Military Crimes“.

„This is just a continuation of what happened in the assembly today, in terms of sensationalizing these very painful topics. Brovina did it in the most nauseating way and violated the dignity of possible victims of sexual violence, who are the most sensitive type of victims of violence during war,“ said Hajdari.

Victims of sexual violence the most sensitive category

Hajdari stated that the topic of victims of sexual violence has proved to be the most sensitive in post-war Kosovo.

This is due to the fact that „people are not objectively dealing with this, and they are using figures that have not been confirmed.“ She said that the position of journalists who are trying to seriously report on this topic is particularly difficult.

„By saying that they are seriously reporting, I want to say that they are criticizing that unconfirmed figure for which no one knows where it came from, and it is used to label them as traitors, as if they have no sympathy for what happened and for the victims of this form of violence,“ Hajdari noted.

Taking into account the political climate in Kosovo in the last few months, Hajdari believes that the media in Kosovo „completely lost all filters,“ adding that the first time she noticed this was when it comes to their reporting on the issue of the taxes.

„Nobody knew how to criticize this as the wrong policy of the government in a reasonable way, that it stems from bickering between Belgrade and Pristina, or to say what kind of example are you giving to the citizens, at the moment when no one mentions criticism of a policy that is actually harmful -primarily to the state,“ this journalist stressed.

Hajdari said that there have not been many media outlets willing to report in an objective way since then, and even less those who would act as a sort of calming element in this situation.

She underlined that this is very reminiscent of the 80s when „the media in Kosovo and those who reported on Kosovo played a very bad or similar role in intensifying tensions between ethnic communities in Kosovo. Because they did not know how to assess the moment when they should play the role of a rational arbitrator or a source of rational analysis for what is happening in the country.“

This is the most banal and most concrete example of this. They cannot understand how much damage is caused by publishing a photo in the media in the most sensational and banal way of a person who is still alive. In my opinion, an association of journalists should react in order to introduce a precedent into practice that this is not the case because the special court awaits us, maybe even local war crimes trials in Kosovo either of Yugoslav armies or KLA. And if they cannot report this calmly, now at this stage, when there is not anything concrete yet, then we are in for a phase that may fully resemble what happened in the media in the 80s and 90s.

„I think that – regarding media rhetoric – the situation has significantly degraded in recent months and this is not really surprising, because there is no editor who will say – no, this is too much,“ she estimated.

Although twenty years have passed since the war and attempts to change the way we talk about the other ethnic group and the horrors that happened during the war, Hajdari stated that „now we see that the media in Kosovo, after 20 years, are behaving even worse than they did in some periods immediately after the war.“