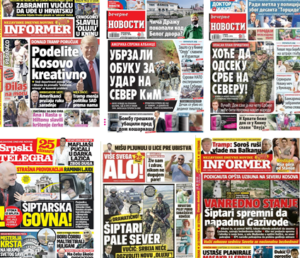 In the midst of last week’s statements and media headlines on the partition of Kosovo as a possible solution to the Kosovo-Metohija issue, and the warnings about the possibility of a so-called staged incident – a new series of warnings for Serbs in the north of Kosovo arrived from certain Belgrade media and tabloids. The warnings were followed by the Serbian President’s address to Kosovo Serbs in an open letter stating that „there will be no new Storm“; urgent sessions of the National Security Council in Belgrade and Pristina; President Vucic’s meeting with the Patriarch. The President addressed journalists in front of the Patriarchy, sending messages on „espionage activities“ and the measures that the security services will undertake on this issue.

On the 3rd August, the media reported: “The British are preparing a ‘Storm’ in Kosovo! London made a terrible mistake, a new pogrom of Serbs is on the way!”; „We reveal a hellish plan to occupy North KiM: Albanians are preparing a Storm, they want an ethnically pure Kosmet!“; „There is operational information that Albanians, with the help of NATO, will try to take over Gazivode,“; “Kosovo Albanians are preparing an incursion into the north of Kosovo on Saturday morning and the takeover of the Gazivode reservoir in order to prevent Serbs from getting anything in Kosovo”.

A day later the alarming announcements continued on the cover pages of certain Belgrade papers.

There were no incidents in the field at the time, in line with new messages from the Serbian President on peace for Serbs in Kosovo and Metohija, and several Belgrade-based media outlets reported that the situation in the field was peaceful.

After a session of the National Security Council in Belgrade, top Serbian officials warned about „espionage activities“ and that those who spoke about „false scenarios“ imposed „a type of psychosis“ and that they did not act in the interests of their country.

„America is preparing the Albanians: They fast-tracked the training to strike against the north of Kosovo”; “Shiptars are burning down the North”; “State of emergency: Shiptars ready to attack Gazivode”; “Tirana and Pristina are creating a ‘Greater Albania’” – were the headlines.

NOTE: The headline containing swear words and vulgarities was not translated.

The photographs of the original headlines are attached: 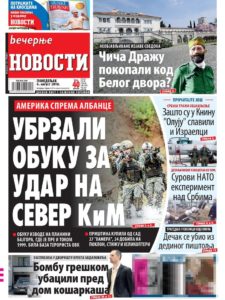 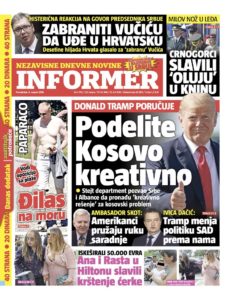 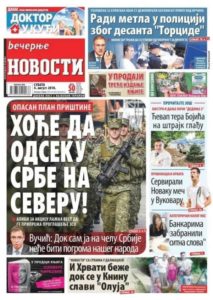 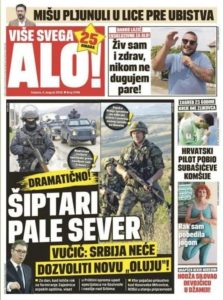 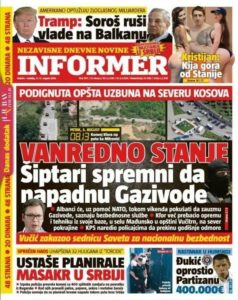 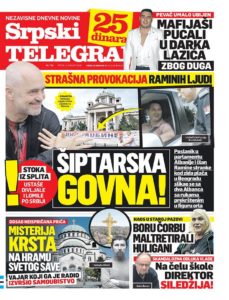 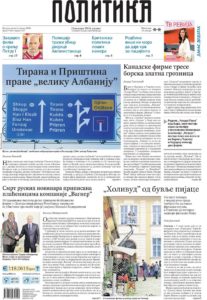