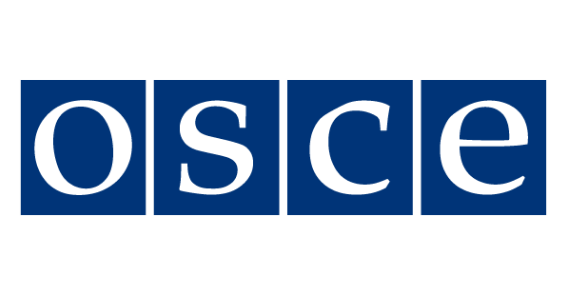 The OSCE Mission in Kosovo condemns the incidents directed against Dragica Gasic. It is unacceptable to attempt to intimidate someone who is seeking to return to their home and live in peace with their neighbors, the OSCE mission said in a statement for KoSSev. OSCE underlined that the legal framework in Kosovo is clear regarding the right to return, encouraging all stakeholders to uphold the rule of law.

Dragica Gasic is the first Serb returnee to Djakovica. In late June, eleven NGOs in the municipality of Djakovica announced that they would be filing a petition to the Kosovo government, demanding that Gasic move out as soon as possible.

The municipality of Djakovica filed a lawsuit earlier this week, requesting that “Dragica Gasic’s contract on leasing an apartment be annulled with a request for an interim measure.”

Gasic repeatedly emphasized that attacks on her home are taking place on a daily basis and that she only goes to the store and the bakery when accompanied by the police. Certain media outlets reported yesterday that the tires on a vehicle belonging to one of Gasic’s friends were slashed and that the Novi Pazar license plate on the vehicle were removed.

The OSCE Mission told KoSSev today that they have been in contact with Gasic since her return, noting that they are closely monitoring and following the case.

“The OSCE Mission has been in contact with her since her return, particularly to assist her by facilitating communication with relevant stakeholders, including the local municipal office for communities and return and Kosovo Police, who all provided support.”

When asked whether the OSCE is familiar with the incidents in regard to Dragica Gasic’s return to Djakovica, this mission replied: “While we are aware of the specific difficulties and sensitivities in Djakovica as a legacy of the conflict, the OSCE believes that the return process of all communities should continue.”

It is a basic human right, they added.

“The OSCE has consistently worked for the implementation of human rights including the right of displaced people to return, and has supported the right to justice for victims of conflict.”

They also condemned the incidents directed against Gasic.

“The OSCE Mission in Kosovo condemns the incidents directed against Ms. Gasic. It is unacceptable to attempt to intimidate someone who is seeking to return to their home and live in peace with their neighbors,” they wrote.

While sharing their appreciation of the work of the Kosovo Police in ensuring security in this case as throughout Kosovo, the OSCE also encouraged anyone with knowledge about the perpetrators of these incidents to come forward to police.

“The OSCE is actively engaged with all relevant stakeholders in this issue, including the municipality, the Ministry for Communities and Returns, and the Kosovo Property Comparison and Verification Agency (KPCVA). We believe that the legal framework in Kosovo is clear regarding the right to return, and we are encouraging all stakeholders to uphold the rule of law.”

They also addressed the media reports on Gasic’s return to Djakovica.

The OSCE Mission stated that it always supported free and independent media in Kosovo, and worked with media to promote responsible reporting of sensitive issues.

“We also support respect for the code of conduct developed by media regulatory bodies that sets out the standards of ethical and professional journalism.”

While filming a reportage on Dragica Gasic, the TV Prva, Euronews Srbija, and the GracanicaOnline.info portal crews were filmed by a local television Syri from Djakovica without their knowledge, which the Journalists’ Association of Serbia characterized as unprofessional reporting.

This association pointed out that journalists are obliged to report with special attention about topics such as the return of ethnic Serb Dragica Gasic, noting that it is unacceptable to report about journalists from other newsrooms in a negative context.

A reportage published by TV Syri at the time states that the returnee Dragica Gasic „escaped from Djakovica because she could not face the media pressure“ of this television, as well as that the „Serb woman returned again accompanied by Serb media and other persons she referred to as her friends.“

The OSCE Mission in Kosovo stressed that it supports the authorities and other stakeholders in the development of reliable policies, targeted strategies and fully stands behind application of legal instruments and provisions to address the return and integration of displaced persons.

“Our main initiative in this regard is the Skopje Process, launched by the Mission in 2014 and supported by the UNHCR. The Skopje Process is a successful example of an activity focused on displacement from Kosovo, centered on expanded institutional cooperation among Pristina, Belgrade, Podgorica and Skopje.”

Through these activities, and their application at the local level through the OSCE’s direct facilitation, monitoring and reporting, we encourage all actors to support sustainable returns – they added.

“We will continue our engagement to support the return process, in partnership with Kosovo institutions, civil society and international organizations.”

Previously, the incidents directed against Dragica Gasic, the call for her eviction, as well as the filing of a lawsuit for confiscation of Gasic’s apartment were condemned by NGOs from Pristina and Belgrade. Read more:

HLC and YIRH Kosovo: Djakovica authorities to withdraw the lawsuit against Gasic, as it is unconstitutional

Kandic on petition from Djakovica NGOs to evict the first returnee: „Lord, forgive them, for they don’t know what they are doing“

The German ambassador to Pristina, Jörn Rohde, called on the citizens of Kosovo and institutions today to support the return process, underlining that it is a basic human right.