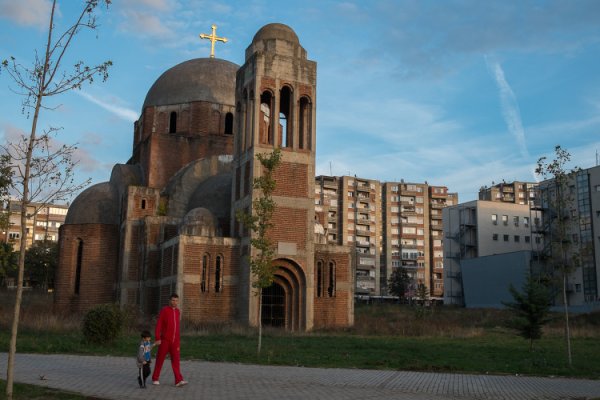 I receive news from Kosovo almost exclusively via the UNMIK media service, which every morning publishes brief summaries of the main articles of the day. So my information is limited, and parasitic on a selection made by UN officials according to criteria I ignore.

Hence I may be wrong in believing that Kosovo has rapidly digested the UNESCO fiasco. But if my impression is correct, I am delighted that society was capable of getting over the disappointment it must have felt. Yet I would not like this episode to be forgotten too soon, for it can help the electorate measure the quality of its government and political leaders.

Before I offer you my interpretation of this story it might be useful to clarify my position – stated also in my book on Kosovo – with respect to three important issues. I think that Kosovo became independent by breaking the rules (and I think that the ICJ opinion is both empty, when it talks of customary international law, and very unpersuasive, when it discusses UNSC resolution 1244/1999). Yet I also think that Kosovo’s independence was and remains desirable, for both the country and the region, and is politically and legally irreversible; and that Kosovo’s accession to UNESCO and all other respectable international organizations is per se desirable, for both the country and the region.

My interpretation begins with a strange and as yet unexplained fact: seven states that have recognised Kosovo refused to support its bid to join UNESCO (they abstained, but this has the same mathematical effect as a negative vote because Kosovo was chasing a high threshold of positive votes; eight other recognising states did not participate in the vote, taking a neutral position). Those seven votes proved decisive, as Kosovo lost by just three votes; and they include large democracies such as Japan, Poland, South Korea: governments which are highly unlikely to have been won over by Russia’s or Serbia’s campaign against Kosovo. Those three votes would have given victory to Kosovo. Why did Kosovo lose them instead?

We can readily exclude that they changed their mind about Kosovo’s statehood or independence, or that they think that Kosovo’s membership would be damaging for either UNESCO or Kosovo. Had these been their reasons we would have learnt of them, for they would have had to be genuinely exceptional ones.

My own impression – drawn from this article by the Economist, and supported by the opinion of some researchers I discussed this matter with – is that one important reason for the choice of those seven states was the opposition of a widely respected intellectual in Kosovo, the abbot of the Decani monastery.

His prominence and moral authority emerged clearly from my readings about Kosovo and my conversations with former colleagues working on reconciliation or cultural and religious affairs: well before he became abbot, Father Sava was a person whose reasonable, principled opinions were sought, considered and widely approved of among Kosovars, diplomats, and foreign observers alike. Often in the ICO’s morning meetings his positions were contrasted favourably with those of other members of the Serbian orthodox church, which my colleagues disapproved and viewed as inimical to the (material and political) interests of the Serbs of Kosovo.

I recall, for instance, that Father Sava and the former abbot of Decani were the first clerics of their church to accept direct and meaningful contacts with the newly sovereign authorities in Pristina, leading – at least in the opinion of the diplomats who facilitated them, who then were my source of information – to mutually beneficial results on several issues of interest to the church, its flock, the Serb community, and the new state. Moreover, I do not recall any occasion in which he, or the Decani monastery, took a public stance inimical to the state of Kosovo, or indeed any political opinion on matters not directly concerning the relationships between his church and Kosovo’s authorities. This, moreover, carried some risks, precisely because the higher echelons of the Serbian orthodox church, the Belgrade government, and parts of the Serb community in Kosovo were strongly opposed to direct relationships with Kosovo’s new authorities: in the atmosphere of 2008–10 Father Sava and Decani’s positions were often described to me as courageous.

So when on Twitter – I’ve followed Father Sava for a few months – I saw his determined, insistent, firm campaign against Kosovo’s application to UNESCO I was surprised. I did not study the matter, but thought that he probably had a point. I understood his position thanks to an interview that after the vote Father Sava gave to Tim Judah, for BIRN (here; see also the Economist article I mentioned above). In short, he says that: 1) a few months before the UNESCO vote Kosovo’s government drafted a law that would have nationalised Decani and other monasteries and churches; 2) so he and his church lost their trust in Kosovo’s government; 3) they also don’t trust the protections offered to them by Kosovo’s legal system; 4) they therefore wanted the question of the status of the monasteries – which, in his view, should remain what they are and not become museums – to be discussed and settled as part of the Kosovo-Serbia dialogue officiated by Brussels before Kosovo could accede to UNESCO.

Unless Father Sava lies about (1), the rest follows (and I interpret 3 as saying that the rule of law is very weak in Kosovo, which is true and affects everyone: from Decani’s monks to my friends to my old barber at the feet of Dragodan).

One might question whether there is a sufficiently close relationship between the status of the monasteries and UNESCO membership to justify a sort of retaliation: yet, even if no such relation exists it is perfectly understandable that Father Sava would use the only negotiating card he has – namely, his moral authority – to oppose something that Kosovo wanted in order to obtain what he and his church thinks they are entitled to. One might also object, and say that all churches and monasteries of artistic or cultural value should become national museums: but Father Sava (and, I suppose, the Roman pontiff) are entitled to disagree and defend the opposite view.

If you agree with all this – and mark that I am not saying that Father Sava was right in opposing UNESCO membership: I am just saying that it is understandable (and was foreseeable) that he would oppose it in those precise circumstances – we can turn to the conduct of the Kosovo government, its foreign ministry, and its public relations officials. First, they drafted that law. Then they failed to secure the church’s support for the UNESCO bid. And when they saw that Father Sava held his line and voiced his disagreement, they – I refer to the few tweets I saw, by a consul in Paris (Edon Cana), a public relations official (Lorik Pustina), and the deputy foreign minister (Petrit Selimi) – accused him (in unison) of ‘hate speech’ and the like.

To engage in this conduct is a genuinely bad idea. You don’t provoke a fair and reasonable interlocutor, who can potentially become an influential adversary, shortly before you must ask for his support or benign silence. If you do, you try to remedy your mistake. The last thing you would do is to have persons of modest credibility attack a person whose moral authority is widely respected: frankly, who outside of Kosovo’s governmental offices can be won over by Cana’s, Pustina’s, and Selimi’s irresponsible attacks on Father Sava? Worse, such attacks – which belong to the same genre as the Kosovo-ISIS comparison made by Belgrade’s foreign minister (and might even have prevented Kosovo from taking advantage of such statements) – can only have reinforced the opinion of those (e.g., Tokyo, Warsaw, Seoul) who already believed that Father Sava might have had a point.

It is not unthinkable, and in fact rather probable, that without that prior attempt at nationalising the monasteries father Sava and at least part of the church would not have opposed Kosovo’s bid to join UNESCO. They might even have supported it, hoping to strengthen the guarantees for the status of the Kosovo monasteries. But they turned against Kosovo’s government when the government attacked them on an issue that is no less than existential for them. And when they responded Kosovo’s government evidently had no other plan than launching those ridiculous accusations.

Even someone – indeed, especially someone – who holds the opposite view cannot but be amazed by the incompetence of Kosovo’s government, which must have been the primary underlying cause of the UNESCO fiasco. This is what I hope Kosovo’s citizens shall not forget.

They should forget this defeat, which is small and comes after a long line of international successes (independence, the ICJ, the World Bank, IMF, EBRD, and all recognitions, which will continue): and I hope that that they won’t bear grudges to Decani, Father Sava or their church, who defended themselves as anyone else would, and who are the weaker side in any discussion with Kosovo’s authorities. But Kosovo’s citizens should not forget that it was their government’s own missteps that did not do justice to their country or its foreign supporters.

I have just said that recognitions will continue. But it would be a mistake to underestimate the damage to Kosovo’s interest and reputation that its current élite can inflict on the country. Not just because criminality in Kosovo continues to be a problem for Europe, but also because Kosovo’s foreign friends risk damaging their own standing and reputation by being associated with this government and the élite that runs it. It seems to me, in fact, that people like the foreign minister can only succeed in the closed and protected sphere of Kosovo’s political system, for they control much of the media and can therefore use it to intimidate their opponents: outside of that circle they are shown for what they are. Whatever they may have said in the immediate aftermath of the UNESCO vote, for instance, I suspect that the US and UK government were not very happy that their efforts to secure a positive vote were unexpectedly defeated because Kosovo’s government and diplomacy played their hand so badly. I hope that this episode, and these risks, will be remembered the next time that Kosovo’s citizens have a chance to vote, or to publicly say what they think.

What do you think about the Kosovo in UNESCO vote? If you’d like to submit an op-ed for consideration, please send it to editor@balkanist.net. 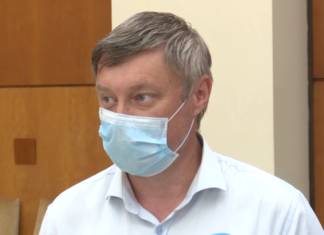