There is no information about any further measures.

Kosovo police investigative units brought in Arsovic for questioning in Pristina at approximately 11.00h yesterday, after which she was remanded custody. Arsovic was supposed to give a statement to the Pristina prosecutor today.

The SDP party official, Ksenija Bozovic said that Silvana was questioned for a third time in connection with the surveillance cameras in the GI SDP headquarters building.

Approximately twenty women spontaneously gathered today in the centre of North Mitrovica as a sign of solidarity with Silvana Arsovic, Radio Kontakt plus reported.

„We believe that Silvana’s arrest, I simply cannot say that it was unnecessary – but that her presence in the Court could have been secured in a different way because there are so-called alternative measures that would have been enough for Silvana to respond to the court’s invitation and to give all the information related to the reason she was, unfortunately, detained,“the head of NGO „Women’s Rights“, Ruzica Simic said.

„We will also be here tomorrow with some messages and we will demand that our human rights are fully respected. First of all, we are referring to the European Convention on Human Rights, Articles 5 and 6, which refer to a fair trial,“ Simic added. 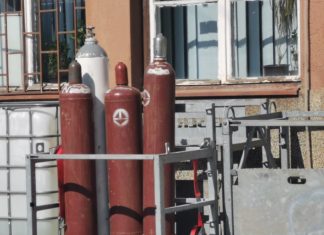