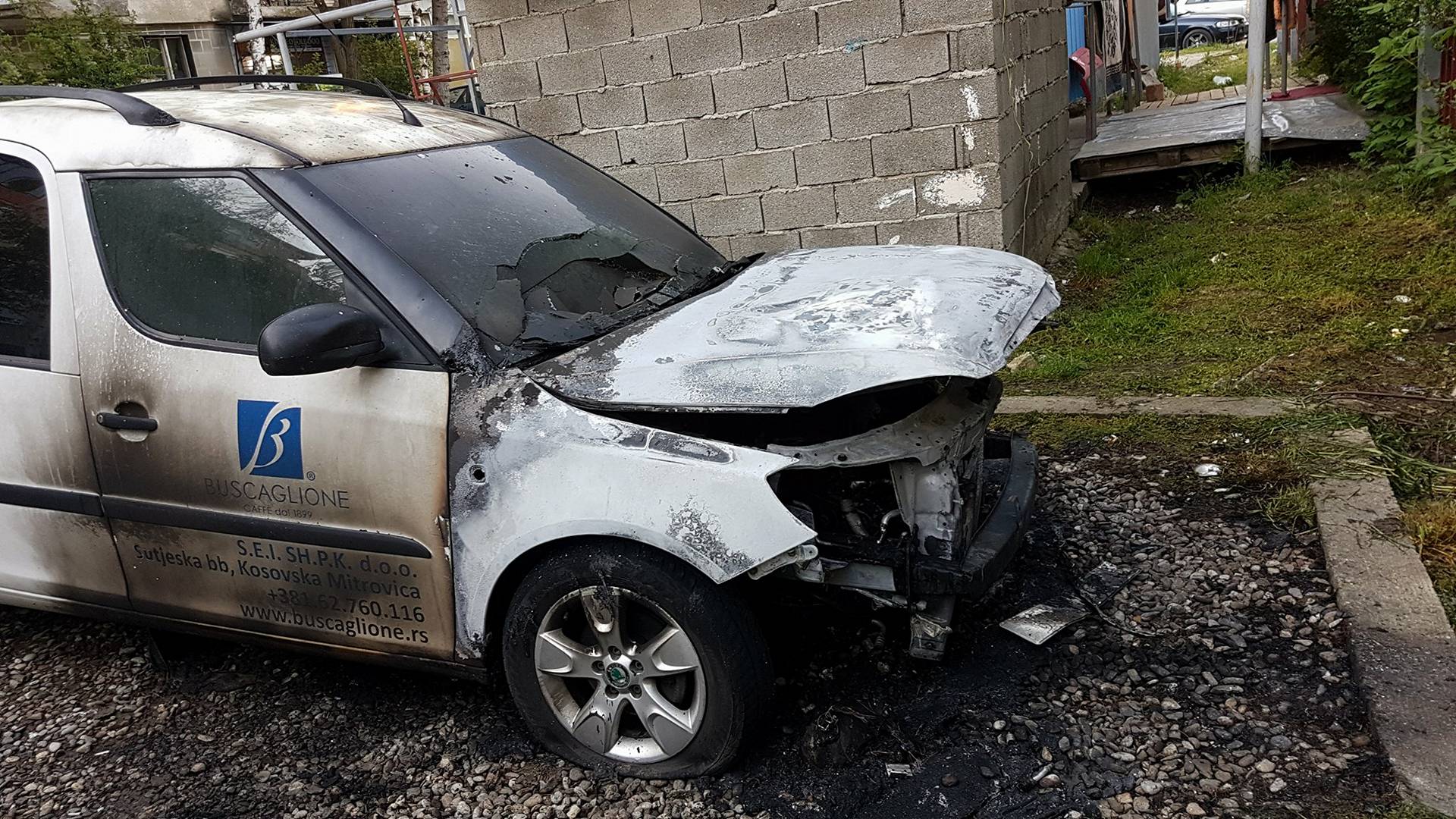 A vehicle with Belgrade registration plates was set on fire last night in North Mitrovica. The case was confirmed at the Kosovo Police North region for KoSSev.

"In John Kennedy Street, at 00.50, a Skoda model car, with BG license plates was burned" – they said from the regional police, without specifying more details.

Kosovapress reports that the owner of the vehicle is an integrated employee of the detention center in North Mitrovica, and that this is the second time that the same man's car was set on fire.

At the end of March, a car owned by a Kosovo police officer was also set on fire, while two more cars were damaged.

Car arson accident cases occur often in the north of Kosovo with more than 30 cases reported. An Audi owned by a famous Mitrovica Gorani entrepreneur was burned last November, while immediately after the assassination of Oliver Ivanovic the vehicle suspected to belong the assassinator was set on fire.