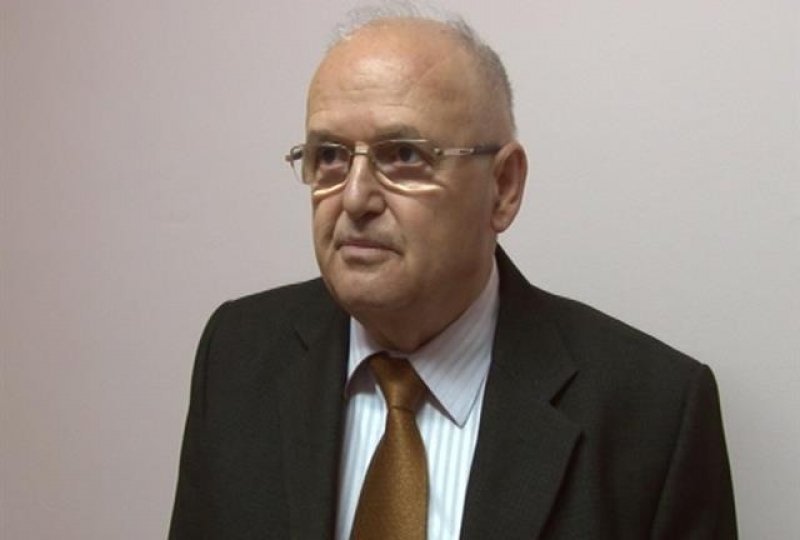 Musa Myftari for KoSSev: New municipality building, Serbs and Albanians to work together. – I am ready to talk to Goran Rakic and anyone else elected by Serbs. – My campaign moto is: freedom of movement. – I call on all Kosovo citizens to help us with right on free movement all over Kosovo and respect reciprocity right. – Kosovo has been recognized by 106 states and has not been disputed as a community. – Kosovo to be integrated, so we all could be integrated into Europe.

Candidates in a recently completed Kosovo race for North Mitrovica mayor’s post were focused on their ethic communities – Serbs towards the majority Serb community and Albanians towards their compatriots, mainly located in Bosniac Settlement, Suvi Do village and Mikronaselje Settlement. Although the communities themselves were not following, or even been interested in other candidates’ messages, there were speculations among North Mitrovica Serbs that a favorite on the other side was Musa Myftari from Democratic League of Kosovo (LDK). Even Myftari himself told TANJUG on the election day that he was hopeful he stood good chances of “even winning” the election, based on his popularity among “both, Albanians and Serbs”. The slogan on a billboard with his photo read “SOT KOMUNA, NESËR KOSOVA” (Municipality today, Kosovo tomorrow).

Still, this genuine Mitrovician, a retired doctor and Zagreb student finished the race in fourth place, after the CEC announced that CI Srpska and its candidate, Goran Rakic won with 2,700 votes or 52,6%, followed by the CI SDP – Oliver Ivanovic with 1,420 or 27,7% votes, while Democratic Party of Kosovo (PDK) won 565 or 11,0% votes, and LDK with 449 or 8,7% votes.

Musa Myftari spoke to our portal:

The results are the way they are, could have been much more favorable, but it didn’t. Still, it is acceptable since I believe the elections were democratic, althout there were some interbentions, lobbying, influencing the electorate in various ways till the very day of the elections.

There was a rumor spreading among Serb communities that you were the favorite one?

Yes, I was a favorite one and if you compare me with my Albanian opponent…everyone knows who I am, and who he is. He is a man who never agreed to a public debate with me.

Were you able to keep track on campaigning of your Serb opponents?

No, not as much, and to be hones, I am quite busy with my work, so I wasn’t even watchin TV shows, even that of my own, but I will most probably look them up over the internet.

You are a practicing physician?

Yes, I am retired, but I also have my private practice.

Is your practice in North or South Mitrovica?

Yes, here, in the North.

What is your comment on Goran Rakic winning the election? You are a Mitrovician, and so is he, although quite younger than you are. Have you met him?

No, I haven’t. Yes, he is quite younger than I am, I’ve heard he used to work in the Firefighters Department. I personally do not know him, so I would refrain from commenting.

Is there a place for you in the new municipality? Do you expect to hold a post there?

My name has been part of certain combinations, regardless of other people wanting those posts; still, the only victory of my [Albanian] opponent is in one or two percent. That in no way means that I don’t stand a chance, I believe I have a good chance.

Don’t ask me that, these are legal issues, a matter of internal organization of the municipality and its departments, I suppose I should get one of them.

Clearly, the health care. I would like the most to have that department, since it is my expertise.

How do you imagine this new municipality that is yet to be established, for which it is anticipated that both, Serb and Albanian representatives should work in? Will it be one joint building?

Most certainly, why should they be separated?! It is the municipality of North Mitrovica and they will work together as they always did.

Which building is that? Or the exact location will be part of a discussion?

It will probably be part of a discussion, where it will be located, size and design of the building, and so on. I really don’t know the details.

Still, can you tell us what is the deadline for the municipality to become operational?

Well, it will partially operate, since it already began its operation, and this is the municipality that people call “Adrijana’s Municipality”, but I believe it will be located in several premises, based on departments, until the new municipal building is constructed, where all workers and officials will sit together. There are so many buildings in the city so that can accommodate all the dipartments. It can work, with so many building scattered around the city, the departments could be scattered as well, so to say. But once the building is constructed, all will be working in it.

Will that be completed by the time of Kosovo’s [parliamentary] elections?

So you confirm that the building is under construction, or at least it will be?

Yes, I believe so.

So, if I understood you correctly, there will be a new municipality building constructed and it will take time, but the municipality will be established an begin its work sooner?

Could you speculate on the timing – when will Serb and Albanian office staff commence their work?

So, this “immediate” means what? Which month? March?

March, probably March, end of March, it must have to be operational by then.

Did you have any contacts before, or do you have them now – after the elections – with Serbs representatives, the MA Chief, or the newly-elected Mayor, perhaps?

Unfortunately, no, and we did not have a TV debate. I have asked around several times on when we will have those debates, but the deadline was short so we couldn’t…Actually, we could, but there was no political will for it, most probably. On my part, I am always ready to meet with everyone, be it Goran Rakic, or any other Serb representative elected by Serbs.

Who will initiate the contact? Will the decision on it come from Pristina and Belgrade, or you will do it yourself here?

I don’t know what contact are you talking about. Let’s say I am the one responsible for healthcare – I enter an office that some other staff will come to, and why should there be a television present, or to have emissaries in order for us to meet?! We don’t need that.

There were few information on campaigning of Albanian candidates in the North. What was the motto of your, and campaign of your Albanian opponent?

My call, my motto in the campaign was free movement of people, free movement of goods, capitals, ideas and information, but security before all, since it takes security for all citizens, regardless of their ethnic background, so they could move freely in the entire Kosovo territory. I called today on KLAN TV to all citizens of Kosovo to help us respect the right of freedom of mobement in the entire Kosovo territory and to obey the righ of reciprocity, since I cannot ask for freedom of movement in the north and prevent it for others elsewhere. We definitely need cooperation among all people living in Kosovo, to put an end on all these restrictions, all the obstacles, all forts, all nonsense that are really anachrone to the time we live in.

North Mitrovica is covering pretty small territory that Serbs and Albanians live on. There were four candidates in these elections and Serb candidates campaigns were Serbia oriented, and I assume yours was focused on Kosovo. How do you see Serb and Albanian representatives cooperating in one municipality with such irreconcilable messages and visions?

Well, I don’t know, I haven’t heard what Mr. Rakic said, but if he did say that, let’s say, this is Serbia and if he speaks about those northern borders, than he is wrong. Everybody knows that Kosovo was recognized by 106 countries. Kosovo has not been disputed as a community, so I really don’t know why he would speak of Serbia? Probably this was his pre-election campaign, but everyone should be clear that Kosovo’s citizens are equal, they enjoy equal constitutional rights, so we should integrate ourselves first, and when Kosovo is integrated, then we will all integrate into Europe.

More precisely, he dealt with local issues in his campaign, but he also conveyed the message of Belgrade’s support all the time. He spoke about Serbia’ support, that Serbia will continue to provide.

Well, why it shouldn’t support?! Why it should not continue to support?! It would be strange it it weren’t. why would someone be bothered with, for example, us being supported by Albania, or Greece, or any other country? I wish all other countries would support us, both economically and cultural. Why would someone be bothered with assistance? And why this should be a matter of a dispute?

And for the end of this interview, whose photo will you put on the wall of your office in case you are to assume one in the new municipality?

I haven’t been thinking about it, but if I was to put a photo, than it would have been that of Dr. Rugova, if not otherwise specified. 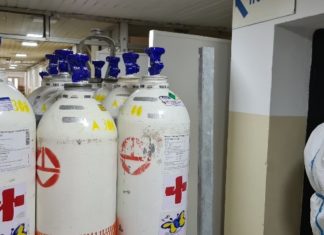