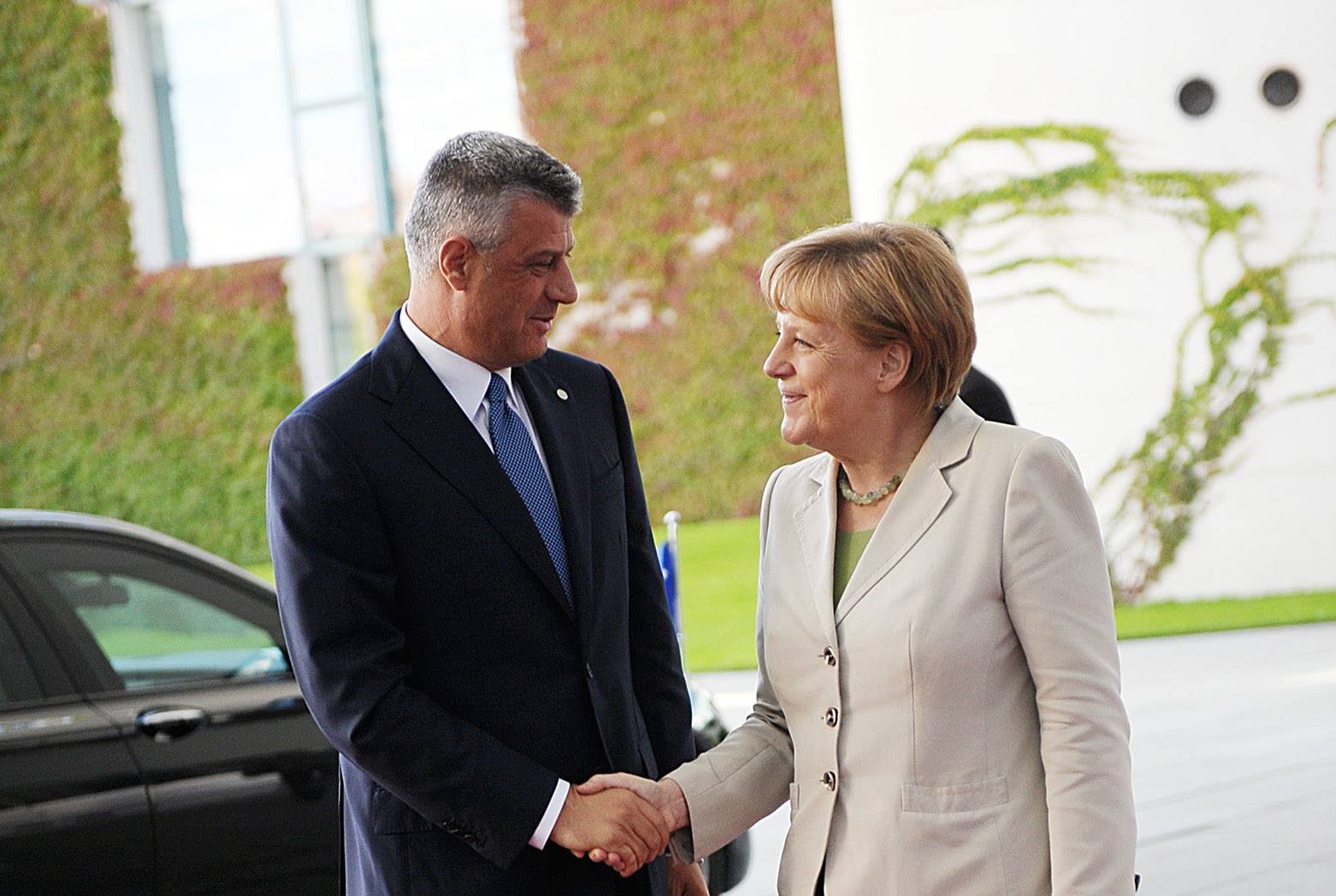 German Chancellor Angela Merkel had a telephone conversation on Tuesday with Kosovo President Hashim Thaci. According to Thaci’s office the main topic of conversation was "strengthening of mutual relations between the two countries" and "necessity to continue the dialogue between Kosovo and Serbia on normalisation of relations".

Thaci assured German Chancellor Merkel that Kosovo "remains committed to implementation of all agreements reached so far, as well as reaching of a final legally-binding agreement between Kosovo and Serbia".

According to a press release issued by the President’s press service – “Chancellor Merkel has commended President Thaci for Kosovo’s constructive role in the dialogue with Serbia, on ratification of the Agreement on border demarcation with Montenegro as well as functionalisation of the Managing Team, tasked to draft the Statute of the Association of Serb-majority Municipalities.”

Thaci thanked Chancellor Merkel for Germany’s continuous support, it is stated in the press release.

“I just had a telephone conversation with Chancellor Merkel, which is one of the biggest supporters of the European perspective for all Western Balkan countries. We talked with Chancellor Merkel on strengthening of mutual relations and necessity to continue the dialogue on normalisation of relations between Kosovo and Serbia. I assured her that Kosovo remains committed to implementing all the agreements and reaching of the final legally-binding agreement between Kosovo and Serbia. We also talked on the constructive role Kosovo plays in the dialogue process with Serbia, ratification of the Agreement on border demarcation with Montenegro, and functionalisation of the Managing Team, tasked to drafted the Statute of the Association of Serb-majority Municipalities,” Thaci wrote in his Facebook also.

KoSSev: Only four days ago, Serbian President Aleksandar Vucic met with the German Chancellor in Berlin and spoke about Kosovo tet-a-tet.

"I will say also that she told me – between you and me there is trust, and I told her that my trust with her is unlimited"; "She even told me at one point ‘you may call me whenever you want’, if there are going to be any issues, to call her so we can calm down the situation" – were messages that the German Chancellor addressed to the Serbian President, which Vucic himself conveyed to the public.