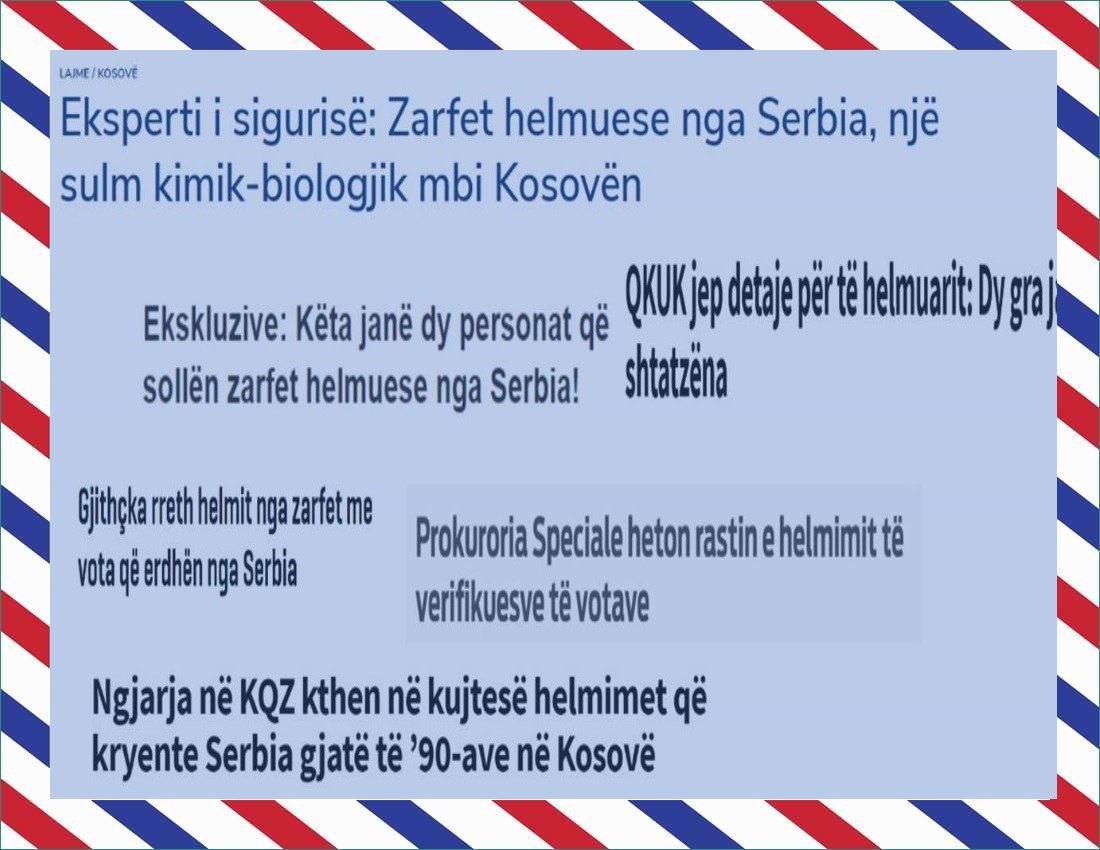 Neither the police, the Prosecutor’s Office, nor Kosovo’s Central Election Commission said yesterday what exactly happened in the building of the Ministry of Infrastructure in Pristina, in the room where votes from Serbia were counted. Approximately 3,700 envelopes containing votes from the recent Kosovo extraordinary parliamentary elections arrived in Pristina from Serbia last Friday. The counting of these votes, along with approximately 15,500 votes from the diaspora, began yesterday morning. However, it was quickly suspended after the people counting the votes, by their own admission, experienced health issues. The Pristina media immediately reported on what actually happened there – even before the competent authorities. The day ended with alarming news about the intentional poisoning by Serbia and additional information on what kind of chemical poisons the mighty Serbia possesses.

The counting of votes was suspended due to an „odor“ emanating from the envelopes at about 11 am, which allegedly caused allergic reactions on the faces and hands of the CEC staff. One scenario dominated in the leading Pristina-based media reports – the CEC staff were poisoned by envelopes or whatever was inside them, and these envelopes arrived from Serbia. Moreover, the media did not use the word allegedly in these reports, i.e. they left no possibility that anything other than intentional poisoning could have been the cause of the health issues. Even the doctors’ statements, who did not want to write down in the medical history that it was a case of poisoning until the results of the analysis arrived, did not deter them.

The doctors assessed that nine female patients they had examined at that time showed no symptoms of infection. This expert evaluation was accompanied by a statement from the head of the Institute of Public Health, who warned that they would have to wait between 24-48 hours before making a complete assessment of the health condition of those who counted votes and who had experienced health problems.

The doctors’ statements, which made no mention of poisoning, were reported by Gazeta Express in an article entitled: “HC gives details about poisoned women: Two women are pregnant.”

The same statement, but also the title, was then picked up by other Pristina-based media such as Zeri, Bota Sot, Insajderi, Gazeta Blic…

Throughout the course of the day, the adjective „poisoned“ became an axiom.

The opinions of official institutions have apparently proved to be irrelevant compared to the views and opinions of Facebook experts.

Even without access to a secure site where the investigation was underway, security& political commentators have shown that they have sufficient expertise to evaluate what exactly happened.

At the moment of the election process crisis, the journalists of Indeksonline, Gazeta Express, Insajderi… ignored the opinions of the competent institutions and instead,  published a Facebook status of a person described as a “security expert”.

„Serbia has the knowledge and material resources to produce chemical weapons and biological reagents,“ the expert said, adding that this is another „subversive activity carried out by the Serbian state apparatus in Kosovo.“

Without inquiring into the veracity of the assessments in these allegations, its underlying problem lies in its potential to, at the very least, spread panic at a time when it is still not possible to say with certainty what led to yesterday’s events.

Bota Sot conveyed to its readers another Facebook status of an analyst who suggested steps Kosovo should take after the „poison attack by Serbia“.

This analyst suggested the following steps – to fire the security chief and convene a UN session, organize protests outside Serbian embassies around the world, and invite the Serbian ambassador to Tirana for an emergency meeting.

The lack of official statements was thus replaced by Facebook’s political analysts.

Political parties have also compensated for the slow reaction by the competent institutions.

The first political party to react on this matter was Srpska Lista.

Conspiracy – Srpska Lista cried, an electoral engineering effort is underway to give one of the ten seats in the Kosovo parliament reserved for the Serb community to one of “Kurti’s Serbs.”

The Self-Determination movement then reacted. In addition to the fact that, according to them, there was no doubt that this was a poisoning case, this political party went one step further. They demanded that competent institutions must investigate the cause. It was despite them already „knowing“ the outcome of the investigation.

The competent authorities should also investigate the fact that the packages arrived from Serbia in an organized manner, Self-Determination said, while also revealing who „brought them in illegally“ – the Serbian Liaison Office. The party sees no other solution – these votes must be rejected.

Although the votes from Serbia have been similarly transported through the Post Office in the last 5 election cycles held in Kosovo, this special procedure, established as early as 2013, has become a problem now – ipso facto in the last elections.

„We are waiting for a forensic report“; „I can’t say anything right now, contact the police and the prosecution,“ „No details on the causes“ – the competent authorities repeated throughout the day.

However, while the authorities  awaited the results of the analysis, media compensated for their „inefficiency“.

Some news outlets „identified“ the suspects, conducted the entire proceedings and identified the persons who brought the „poison envelopes“ to Kosovo.

“Exclusive: these are two people who brought poisonous envelopes from Serbia!” – Indeksonline revealed.

Serbian liaison officer Dejan Pavicevic was „revealed“ to be the main organizer involved in the „smuggling of poisonous envelopes“.

By reporting that it was a case of poisoning, a majority of Pristina-based media essentially left the reader without the slightest possibility of suspecting that there might be another cause – for example, rat urine, possibly feces, some fungus that grew due to moisture in the basement of the Ministry of Infrastructure building, or another not-so-sensational cause such as poison.

In the late afternoon, speculation emerged about a scenario that could be more sensational than the special chemical war of a hostile Serbia: the PDK party launched a war on democracy and intended to alter the electoral decision of Kosovo voters in a complex conspiracy against Self-determination.

The only thing missing yesterday were the reports that do not participate in spreading panic and speculation, reports which are factual, based on official, established information and which are first and foremost in the public interest.

Although the role the Kosovo media, primarily the public service broadcaster, played in escalating ethnic violence in March 2004, as the OSCE report in Vienna had confirmed, is still remembered, there are more recent examples of similar reportages.

The most recent example is the case of a twice beaten Roma woman in Urosevac, who was labeled as a child thief on social networks and in the media, despite the fact that the authorities have come forward and refuted these false claims.

Previously, the media in Pristina published a false photo of the alleged rape of an Albanian woman by Serb soldiers, which was shown to the media in the Kosovo Assembly by PDK MP, Flora Brovina. Brovina claimed that it was evidence. Although containing disturbing content, the majority of Kosovo media outlets posted the photo without a warning about its disturbing content or blurring the photo.

A public outcry over the disrespect of a victim’s dignity finally led to the blurring of intimate body parts and faces on the photograph. Later, some media outlets published another photo of the alleged murder of an Albanian child, who was also allegedly sexually abused.

At the end of the day, those same media outlets managed to portray themselves as responsible for the discovery that Brovina’s photo was actually a scene taken from a pornographic film. 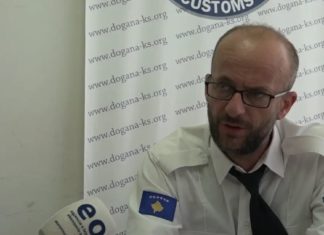