The Kosovo police pulled over 13 taxi vehicles on the Mitrovica-Leposavic road last night at approximately 8pm due to the suspicion that they were transporting 53 migrants from Syria, the Kosovo Police Deputy Director for the region north, Besim Hoti confirmed for KoSSev.

„They came on the Mitrovica-Leposavic highway, and then we pulled them over in Leposavic and took them to the station for identification,“ Hoti said.

Hoti added that the persons in question did not have personal documentation on them, as a result of which the case was filed and the detained persons were rendered into the custody of the migration unit of the border police.

It is suspected that the migrants were headed to central Serbia.

The taxi vehicles belong to a company registered south of the Ibar.

Dimkic: No ecological disaster, the news of Leposavic tailings spill was... 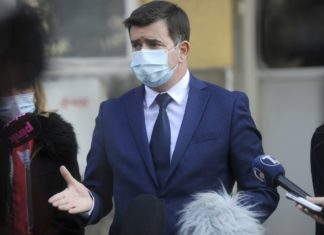