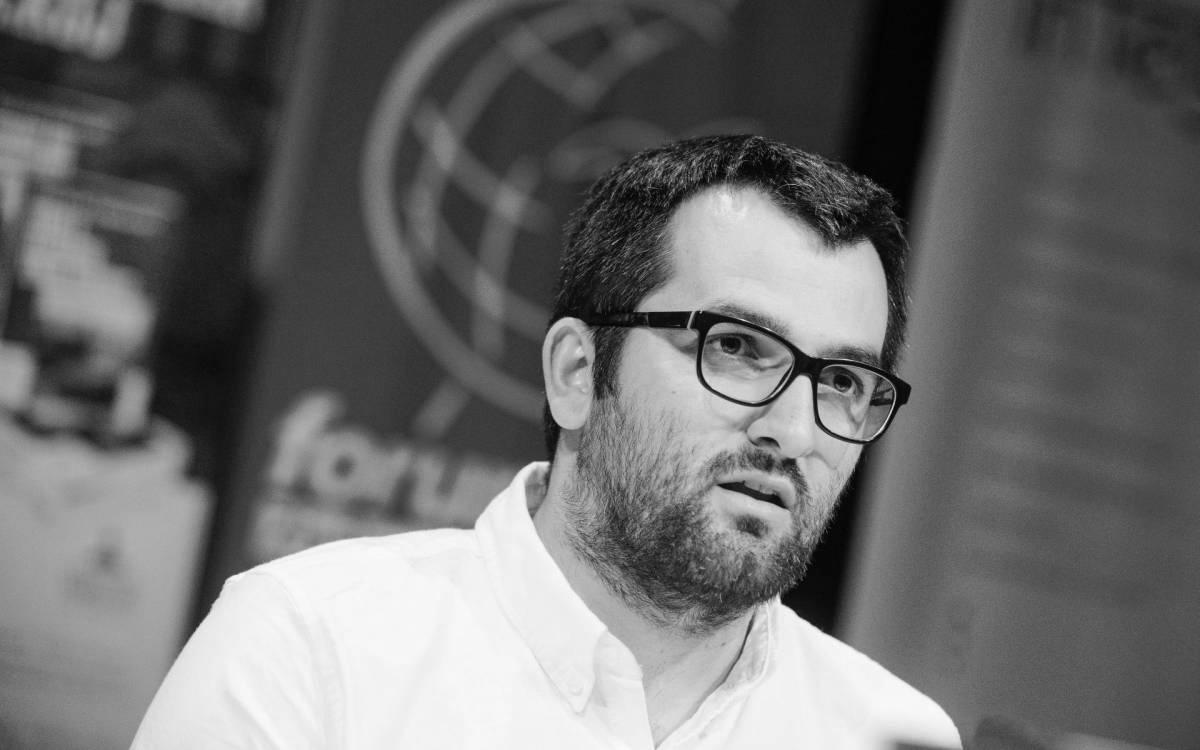 The former adviser to the Kosovo Prime Minister, Albin Kurti, Shkelzen Gashi spoke to Novosti about the circumstances of his dismissal. I said that some individuals from the ranks of the KLA, including its leaders, committed war crimes, after which a lynching campaign against me was organized. Albanians and Serbs remember only the crimes of the opposing side – Gashi underlined.

An analyst and author of several books, Shkelzen Gashi is one of the few people in the political and public life of Kosovo who is not staying silent about the crimes committed against Kosovo Serbs. Until a few weeks ago, he was a political adviser to the Prime Minister of Kosovo, Albin Kurti. After Gashi spoke in a TV interview on April 24th about the crimes „certain members of the Kosovo Liberation Army“ committed against Serbs and other non-Albanian civilians, but also against Albanians who criticized the KLA, adding that some members of the KLA involved in these crimes „were high-ranking officials“ – Kurti dismissed him the very next day, telling Gashi that „it would be better if he does not lead this discussion from the position of his adviser.“ Gashi’s statements caused extremely harsh reactions in the Kosovo public. He also received death threats.

You have known Kurti for decades and back in 2004, you were one of the co-founders of his party Self-Determination. Does the fact that he dismissed you show that your views on the past – that is, the crimes of KLA members – differ?

I said in a TV interview that according to reports of prestigious international organizations and the decisions of international courts, individuals from the ranks of the KLA, as well as leaders in its structure, committed war crimes. The findings of the Humanitarian Law Center from the „Kosovo Book of Remembrance“ project – led by Natasa Kandic – claim that from January 1, 1998, to December 31, 2000, 10,093 civilians lost their lives or went missing in Kosovo – 8,645 Albanians, 1,013 Serbs, 262 Roma, Ashkali and Egyptians, 84 Bosniaks, and 203 members of other ethnic groups.

Immediately after my interview, the media outlets close to the ‘political parties’ that have been ruling Kosovo for almost two decades – in a wild lynching campaign led against me – shared edited clips from that show on social networks and television channels, which were followed by slanderous statements that I said that the KLA committed crimes. This orchestrated campaign was not about my views, which are correct and which I have been sticking to for two decades, but about the current political moment.

It is a campaign directed primarily against Prime Minister Kurti, organized by his external opponents, who were joined by evil nationalists within his party. George Orwell clearly described them when he said that „nationalists not only do not acknowledge crimes committed by them but have a strange ability to ignore them.“

Because of this pressure, Prime Minister Kurti asked me to resign. I did not agree to it because I was telling the truth, only the truth, and nothing but the truth. In the end, he dismissed me, but I don’t believe that he doesn’t know that individuals from the ranks of the KLA, even its leaders, were involved in crimes. So I can’t say he dismissed me because of a difference in views on that issue. It was simply how he chose to act within the resulting political turbulence.

You said that 1,013 Serb civilians were killed, and pointed out that the report by Dick Marty, the Council of Europe’s Rapporteur – which also mentions organ trafficking – could not be „considered anti-Albanian.“ Your statements caused public outrage. You even had a police escort when you were a guest on TV Klan Kosova. Does it seem that Kosovo society is not ready to accept that numerous crimes were committed against Serbs and other non-Albanians, crimes as a result of which half of the 200,000 Serbs who lived in Kosovo in June 1999 left their homes?

Kosovo society should not deny that during – and especially after the end of the Kosovo war – individuals were frustrated by the horrific crimes of Serb forces, and members of the KLA, even high-ranking ones, were involved in killing civilians of various ethnic and political backgrounds. Many prestigious human rights organizations responded to the killings, which had previously reported on the Serbian authorities’ violation of human rights of Kosovo Albanians – the killing of 8,645 innocent Albanian civilians, the rape of thousands of women, the expulsion of nearly one million Albanians, the burning and destruction of nearly 100,000 homes, and so on.

Dick Marty’s report makes no effort to equate the crimes of the Serbian state machinery against Kosovo Albanians with the crimes of certain KLA members against Serb civilians and other civilians of various ethnic or political backgrounds. After all, these crimes cannot even be compared. The obvious goal of this report was to reveal these crimes. So, no. Dick Marty’s report should not be considered anti-Albanian. It is simply a document that reports on crimes.

What are the biggest obstacles for Kosovo society to deal with its past and how should this problem be approached – for example, you have been trying to establish a museum that would deal with this topic?

Albanians and Serbs remember only the crimes of the opposing side. The most important points in the history of Kosovo under Serbian rule – in the period from 1912 to 1999 – were crimes committed by the Serbian side against Albanians, organized by the regular militia and army, as well as crimes Albanians committed against Serbs, which were mostly unorganized.

During the passing year I indeed advocated the establishment of the Museum of Kosovo War Crimes from 1998 to 1999. The goals of that museum would be to commemorate the victims of the Kosovo war, regardless of their nationality, language, religion, gender, political affiliation, and so on, as well as to pay tribute to the families of the victims of the Kosovo war. The museum would also serve as part of the collective memory, as an educational and informational institution for the next generations, but it would also serve as a source of information for journalists, diplomats, politicians, scientific researchers, and tourists. I plan to complete the presentation of the massacres that took place during the Kosovo war by the end of the year.

There are frequent claims that the current leading Kosovo politicians and the former KLA commanders are blackmailed by the fact their names are mentioned in connection with war crimes. This is allegedly the reason why they obediently carry out the wishes of the Western powers – and in return the West allows them freedom and tolerates corruption and abuse of Kosovo’s institutions. How do you comment on this?

The fact that representatives of the political parties that have been ruling Kosovo for two decades – which are hiding under the guise of journalists and analysts – have said immediately after my interview that the crimes of 1998 and 1999 should be amnestied speaks for itself. Therefore, the ‘politicians’ you are speaking of would, for their own sake, forgive the crimes we have suffered by Milosevic’s Serbia. The people of Kosovo as a whole, and especially the families of the victims – killed, missing, raped, arrested, and so on – whose fate politics toyed with by distorting my statement, should in no way accept the amnesty, and should not be the prey of those who have been abusing their suffering and the just struggle of the KLA for twenty years.

The international community should help us in liberating Kosovo for the second time – this time from politicians who were born out of the war, and who, until recently, did not have a dime in their pockets, and who are millionaires today, because they got their hands on, through criminal methods, on that the small number of industries remaining in Kosovo. Unfortunately, it seems that one part of the international community has reached an agreement with these criminalized politicians because they were only interested in political stability.

To defend themselves, some people are trying to portray the Specialist Chambers as an attack on Kosovo’s war for freedom, or the KLA as an organization. This is, to put it mildly, pointless. We need to use the Specialist Chambers to cleanse Kosovo and the KLA of criminals, but also to morally satisfy the families of the victims. I have always had a kind of restraint towards the Specialist Chambers because it could be used to blackmail Kosovan ‘politicians’, but I agreed that it should be established from the beginning because there should be justice for the victims of all communities. This also sends a clear message for the future – that in the event of possible armed conflicts – hopefully we are working to ensure that they never happen again – all those who commit crimes against the civilian population would be punished.

Spain to recognise Kosovo if it gets Serbia deal 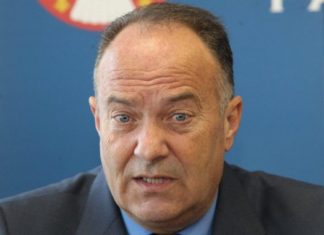