The Kosovo police reacted today to „information and announcements on the alleged involvement of the KP in different scenarios“ as reported by certain news portals. The police said that the information is „unfounded“ and „harmful“ and encouraged citizens not to become „victims of misinformation and speculation“. The Veriu.info portal reported last night that the Kosovo Police will carry out a „risky operation“ in the North on Saturday, and that „organized unrests“ could occur. A member of the Kosovo assembly from the ranks of “Vetvendosje”, Xhelal Svecla, said last night from a KTV studio that he was afraid of the “situation escalating in the North,“ and recalled that the Kosovo Police ended the vacation of their uniformed members.

„Kosovo police, as one of the main law enforcement institutions, is reacting to certain statements and announcements of several media / portals on the alleged involvement of the Kosovo Police in different scenarios, and for the sake of fair and accurate information, we are informing the citizens and the media that any such statements and announcements are unfounded and harmful to the country, as they influence the increase tension and create uncertainty among the citizens of the Republic of Kosovo,“ the Kosovo Police wrote in a statement.

They also listed their responsibilities and emphasized:

„We are encouraging everyone, especially the citizens, not to become victims of misinformation and speculation, but to show confidence in the work of the Kosovo Police and its constitutional and legal commitment to the order, peace and general security of the country.“

The allegations of the Kosovo portal and the Kosovo deputy, as well as the KP denials, come in the midst of speculation and warnings of possible unrest in the North. 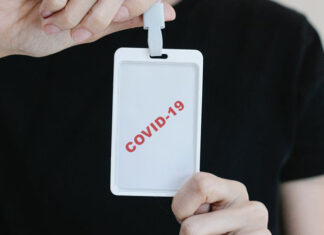