A municipal war crimes office in Gjakova/Djakovica in Kosovo has filed 100 more criminal complaints about wartime violations by Serbian police and military forces – bringing the total number filed to around 1,500.

The Office for the Collection and Documentation of War Crime of the Kosovo municipality of Gjakova/Djakovica said on Thursday that it has filed 100 new criminal complaints against alleged Serbian war criminals to the Special Prosecution in Pristina.

This was the latest in a series of more than a thousand war crimes complaints to be filed to Kosovo prosecutors by the municipal war crimes office.

“Today we have delivered the 12th tranche of complaints for crimes committed by Serb criminals in the municipality of Gjakova,” Shkendije Hoda, the head of the Office for the Collection and Documentation of War Crimes, told BIRN.

Together with the indictments, Hoda said that the office will also deliver evidence and documents that it has found from Serbian military, police and paramilitary forces that operated in Gjakova/Djakovica during the 1998-99 war.

More than 10,000 ethnic Albanian civilians were killed during the war in Kosovo, and hundreds of thousands expelled. Some of the victims were later found in concealed mass graves in Serbia.

About 1,600 people are still listed as missing, mostly ethnic Albanians but also some Serbs. 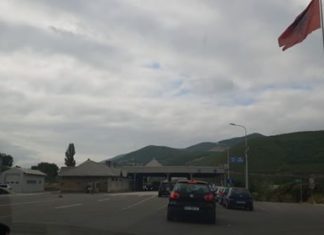